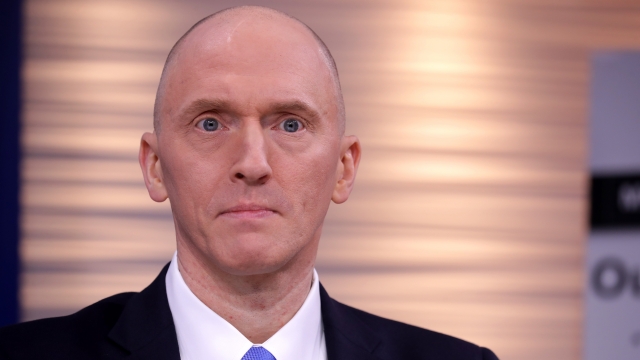 The Justice Department has declared that some of the warrants the FBI used to monitor former Trump campaign adviser Carter Page were “not valid.”

According to an order released by the U.S. Foreign Intelligence Surveillance Court on Thursday, the DOJ believes at least two of the four FISA applications used to surveil Page contained “material misstatements and omissions.” The DOJ concluded “there was insufficient predication to establish probable cause to believe that Page was acting as an agent of a foreign power.” As such, it deemed the court’s authorizations of those applications invalid.

In December, the DOJ’s internal watchdog disclosed several “serious performance failures” with regard to some of the FBI’s FISA court applications during its investigation into Russian election interference.

In a statement to Fox News on Thursday, Page said he “hope[s] that this latest admission of guilt for these civil rights abuses by the Justice Department marks continued progress towards restoring justice and remedying these reputationally ruinous injuries.” 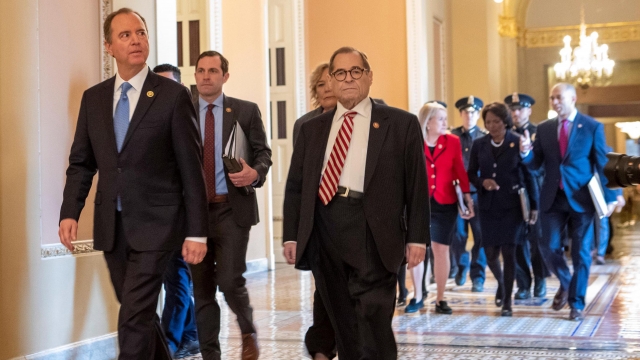 Day three of the impeachment trial kicked off with a slew of tweets from the president himself, fresh off his overseas trip to Davos, taunting Democrats and calling for the original whistleblower to testify.

“I see nothing that has changed in the last now day and a half of their two and a half days that we’ve been going here,” Jay Sekulow, outside counsel for President Trump, said.

House managers, all Democrats, focused their second day of arguments on abuse of power.

“It is an unprecedented betrayal of the national interest. It is a shocking corruption of the election process. And it is, without doubt, a crime against the Constitution, warranting, demanding, removal from office,” Rep. Jerry Nadler said.

“It’s just repeating. I’ll be interested to see how the president’s attorneys respond to this,” Sen. Ron Johnson said.

“The managers have made a good case to be able to walk through all the issues. There’s an old proverb that says the first one always seems right until they’re cross-examined, and so I’m waiting to be able to hear the White House response in the coming days, and they’ll have their opportunity to tell their side of the story,” Sen. James Lankford said.

The larger question still looming: whether new witnesses will be allowed.

“I’m not going to grant witness requests by the defense. They could have called all these people if they had wanted them …read more

The post What grade should Flames receive on mid-season report card? appeared first on Sportsnet.ca.

Three Email Trends Retailers Should Keep in Mind for 2020 At Business Insider Intelligence, our mission is to bring you the most important insights, data and analysis from the digital world. So when we come across outstanding research from our partners that we think our audience can benefit from, we like to make sure you hear about it.
That’s why we’re giving you a preview of eMarketer’s new report: Email Marketing 2019.
You can purchase and download the full report here.

Email is still at the center of marketers’ digital programs. No surprise there; it offers several benefits: It’s an owned communications channel, it’s permissioned—meaning consumers have opted in and indicated interest—and it’s a traditional marketing channel that most marketers are thoroughly experienced with.

“We treat our email marketing program as an opportunity to strengthen and deepen engagement with our most loyal users,” said Lawrence Scotland, senior vice president of digital and brand marketing at frozen meal brand Luvo. “And we use it as an outlet to solidify and drive credibility in the nutrition and health and wellness space, which is the area that we play in.”

In eMarketer’s latest report on the topic, Email Marketing 2019: Still a Leading Touchpoint for Marketers and Consumers Alike, we look at the trends shaping email marketing practices next year.

Here’s what should stay top of mind for retailers.

Personalization is a leading trend across marketing communications, as brands continue to turn to data to optimize all their marketing activities for maximum relevance and effectiveness. But the reality is that most emails are still not very personalized.

Cross-channel personalization software firm SmarterHQ has been tracking retail emails for a study, after signing up for dozens of top retailers’ email lists in July 2019. As part of the project, SmarterHQ also heavily browses the retailers’ websites and adds a couple of items to a cart to more fully test the …read more