RALEIGH, N.C. — Justin Williams scored a pair of goals in his second game back in the NHL, leading the Carolina Hurricanes to a 4-1 win over the Winnipeg Jets on Tuesday night.

Williams scored the winning goal in a shootout for a 2-1 win over the Islanders in his first game after signing a free-agent contract with the Hurricanes on Sunday. It was Williams’ first game since helping Carolina reach the Eastern Conference final last year. He took an extended off-season and signed with the club Jan. 8.

In his second game Tuesday, the 19th-year veteran scored a power-play goal in the first period and added another goal just as a power play ended in the third period.

Teuvo Teravainen had a goal and two assists, and Martin Necas also scored for the Hurricanes, who reached the All-Star break with two straight wins after a three-game skid. Petr Mrazek stopped 16 shots for Carolina.

Patrik Laine scored for the Jets, who have lost three in a row and five of six. Connor Hellebuyck made 25 saves for Winnipeg. 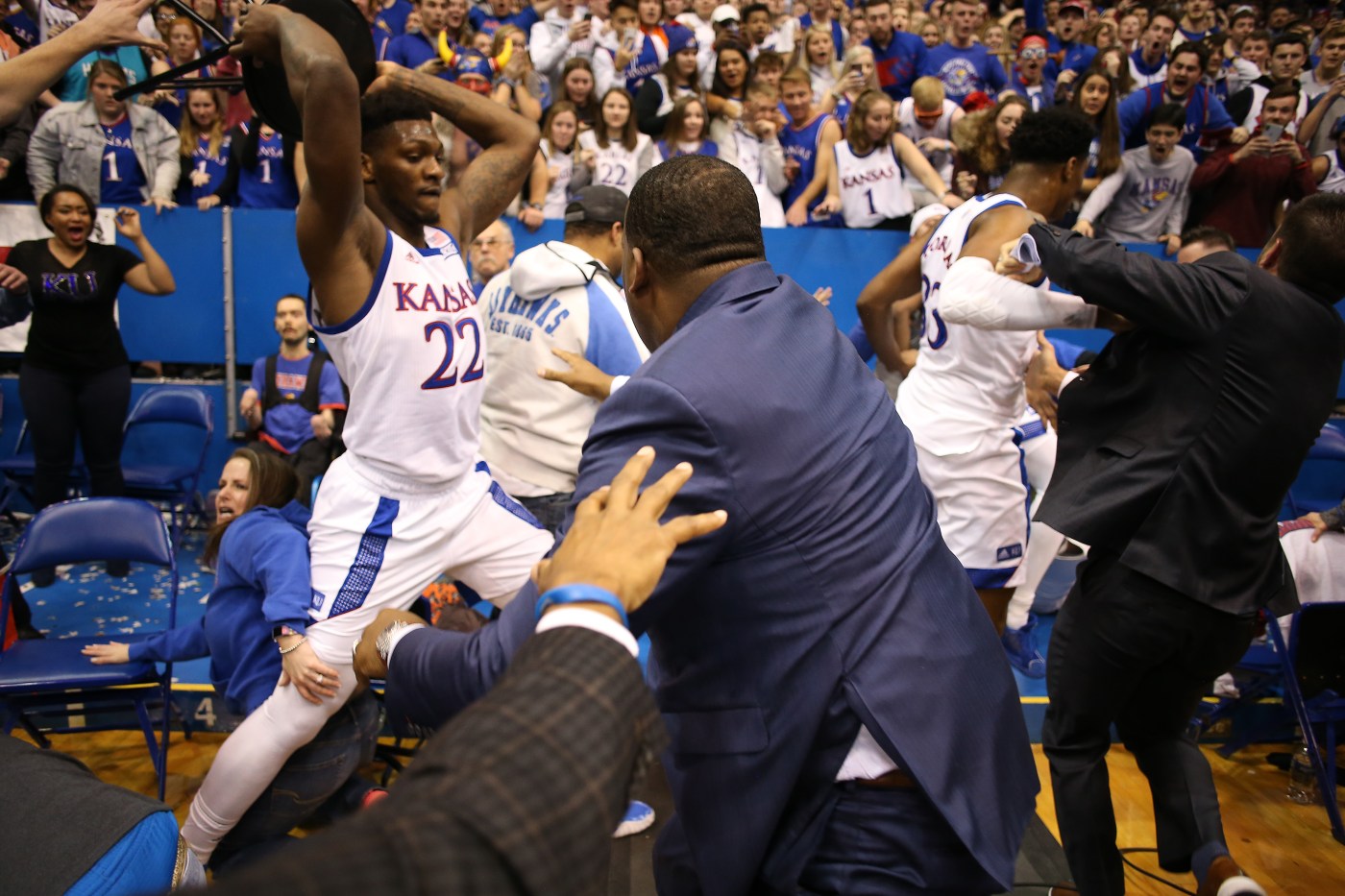 LAWRENCE, Kan. — Third-ranked Kansas and Kansas State ended their bitter showdown Tuesday night with a wild melee behind the basket that included punches, shoving and at least one player picking up a stool, moments after the Jayhawks tried to dribble out the time on their 81-60 victory.

Silvio De Sousa was stripped by the Wildcats’ DaJuan Gordon near midcourt and Gordon tried to go in for a layup. The Jayhawks’ big man recovered and blocked his shot, sending Gordon to the floor, then stood over him barking. That triggered benches to empty and punches to be thrown in what amounted to a rugby scrum. At one point, De Souza picked up a stool and held it above his head before assistant coach Jerrance Howard grabbed it from him.

It took both coaching staffs and security to separate the teams. Then, adding to the bizarre finish, both teams were summoned back from the locker rooms by officials and one-tenth of a second was put on the clock. Kansas State shot technical free throws to booing from a few thousand fans left — necessitating a change to the final score.

“Well, obviously it’s an embarrassment,” Jayhawks coach Bill Self said. “It’s not something to be proud of. What happened showed zero signs of toughness. It’s a sign of immaturity and selfishness more so than toughness.”

Christian Braun scored a career-high 20 points, Devon Dotson added 18 and Udoka Azubuike finished with 10 points and 14 rebounds for Kansas, which beat the Wildcats for the 14th straight time at Allen Fieldhouse.

The Jayhawks, who lost to Baylor 10 days ago, also avoided back-to-back home defeats for the first time since 1988-89.

Xavier Sneed had 16 points and David Sloan had 14 for the Wildcats (8-10, 1-5), who continue to struggle on the road. They have lost all three …read more

Massive brawl breaks out at end of Kansas-Kansas State game

The end of No. 3 Kansas’ 81-60 win against Kansas State did not go well on Tuesday night at Allen Fieldhouse.