In alleged torture and murder of 10-year-old Anthony Avalos, mother and boyfriend are now on trial 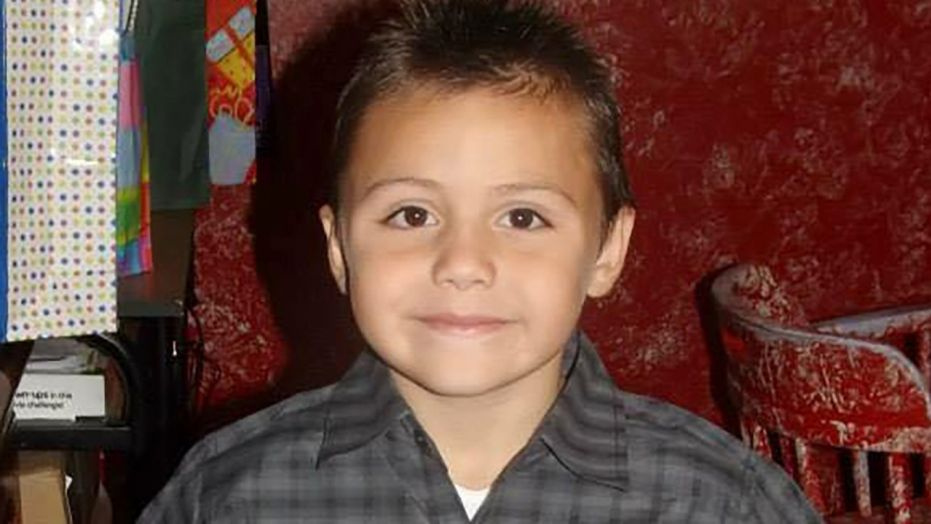 LOS ANGELES — A prosecutor told a judge Wednesday that a Lancaster woman and her boyfriend tortured and abused her 10-year-old son for two weeks before his death, while an attorney for the male defendant countered that his client should be acquitted of murder.

Superior Court Judge Sam Ohta was chosen to hear the case after both sides waived their right to a jury trial for Heather Maxine Barron, 33, and Kareem Ernesto Leiva, 37, who are charged in Anthony Avalos’ June 2018 death.

The two are charged with one count each of murder and torture involving Anthony’s death, along with two counts of child abuse involving two of the boy’s half-siblings.

The murder charge includes the special circumstance allegation of murder involving the infliction of torture. Over the objection of Deputy District Attorney Jonathan Hatami, the Los Angeles County District Attorney’s Office dropped its bid for the death penalty against the two after the election of District Attorney George Gascón, who issued a directive that “a sentence of death is never an appropriate resolution in any case.”

The two could now face a maximum of life in prison without the possibility of parole if they are convicted as charged.

“Anthony Avalos graduated the fourth grade on June 7, 2018, and for two consecutive weeks he was abused and tortured every single day culminating to when the first responders found his lifeless body on June 20th,” Deputy District Attorney Saeed Teymouri said in his opening statement.

The boy died early the next morning.

The deputy district attorney told the judge that there had been multiple contacts with the county’s Department of Children and Family Services dating back to 2014.

“She’s been torturing her kids for a long period of time, and once defendant Leiva came into the picture it turned deadly,” Teymouri said.

The prosecutor said the boy was “already brain dead” and had been lying on the floor in the family’s townhouse “for at least a day, possibly more” when Barron called 911 to seek assistance for the boy, and that the two “concocted a story that Anthony Avalos had injured himself.”

The boy had “new and old injuries — literally from head to toe,” the deputy district attorney said, showing a photo of the boy while he was alive and then in a video from the hospital in which some of his injuries were depicted.

The prosecutor played an audio recording of an interview with Barron, in which she told investigators, “I promise I did not hurt my son. I did not let nobody hurt my son … I swear he was just acting up and he threw himself because he didn’t want to eat.”

She told investigators that the boy said he might be gay and that she responded that she would love him no matter what because he was her “baby.”

Leiva subsequently acknowledged that he had the boy kneel on uncooked rice and admitted that he had rendered him unconscious for about five minutes just days earlier, according to the prosecutor.

One of Leiva’s …read more