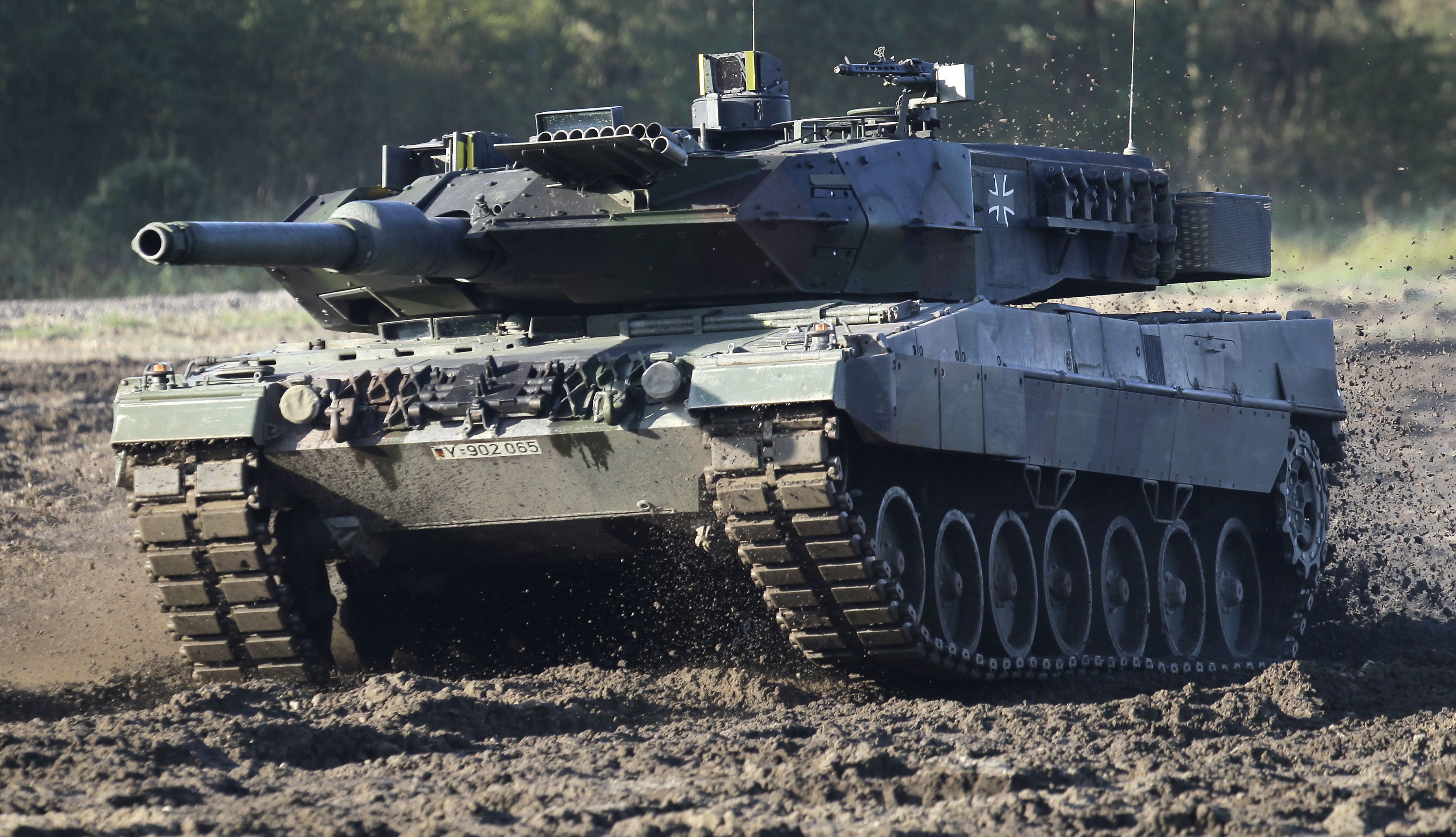 The German government has confirmed it will provide Ukraine with Leopard 2 battle tanks and approve requests by other countries to do the same.

Chancellor Olaf Scholz said Wednesday that Germany was “acting in close coordination” with its allies.

BERLIN (AP) — After weeks of hesitation that saw growing impatience among Germany’s allies, Chancellor Olaf Scholz was expected to announce Wednesday that his government will approve supplying German-made battle tanks to Ukraine.

The long-awaited decision came after U.S. officials said a preliminary agreement had been struck for the United States to send M1 Abrams tanks to help Kyiv push back Russian forces entrenched in the east almost a year since the start of the war.

Scholz had insisted that any move to provide Ukraine with powerful Leopard 2 tanks would need to be closely coordinated with Germany’s allies, chiefly the United States. By getting Washington to commit some of its own tanks Berlin hopes to spread the risk of any backlash from Russia.

Kremlin spokesman Dmitry Peskov described German and U.S. intentions with the tanks as a “a rather disastrous plan.”

“I am convinced that many specialists understand the absurdity of this idea,” Peskov told reporters Wednesday.

“Simply because of technological aspects, this is a rather disastrous plan. The main thing is, this is a completely obvious overestimation of the potential (the supply of tanks) would add to the armed forces of Ukraine. It is yet another fallacy, a rather profound one,” the Kremlin official said.

Peskov predicted “these tanks will burn down just like all the other ones. … Except they cost a lot, and this will fall on the shoulders of European taxpayers.” he added.

Ekkehard Brose, head of the German military’s Federal Academy for Security Policy, said tying the United States into the decision was crucial, to avoid Europe facing a nuclear-armed Russia alone.

But he also noted the deeper historic significance of the decision.

“German-made tanks will face off against Russian tanks in Ukraine once more,” he said, adding that this was “not an easy thought” for Germany, which takes its responsibility for the horrors of World War II seriously.

“And yet it is the right decision,” Brose said, arguing that it was up to Western democracies to help Ukraine stop Russia’s military campaign.

Members of Scholz’s three-party coalition government welcomed the news ahead of the official announcement, expected in a speech to parliament early afternoon.

Marie-Agnes Strack-Zimmermann, a member of the Free Democratic Party who chairs the parliamentary defense committee, said the news was “a relief for a mistreated and brave Ukraine.”

“The decision to approve (other countries’ requests) and supply the Leopard 2 was arduous, but unavoidable,” she said.