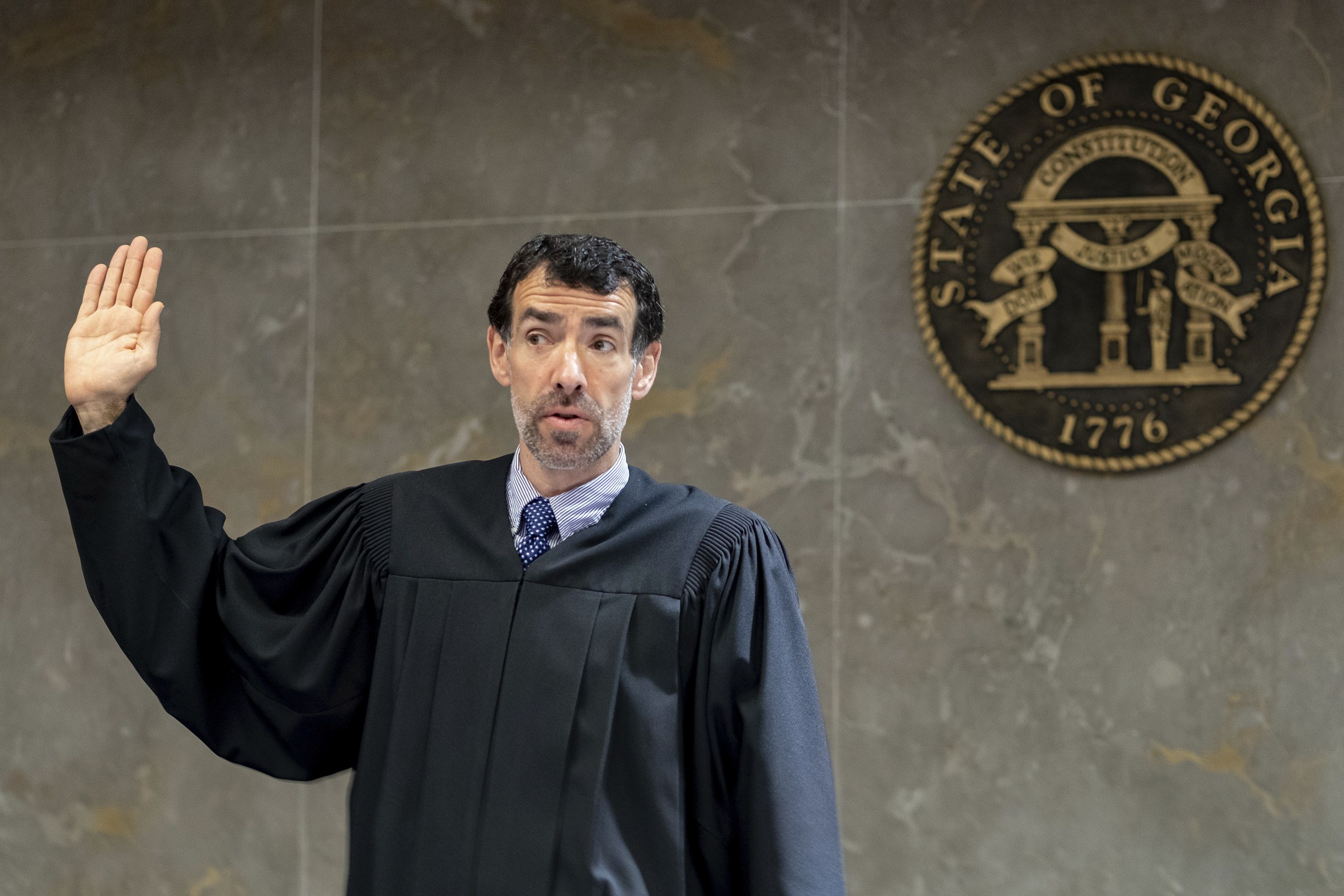 A judge is set to hear arguments Tuesday on whether to release a report by a special grand jury tasked with investigating whether then-President Donald Trump and his allies broke any laws as they sought to overturn his narrow 2020 election loss in Georgia.

Fulton County Superior Court Judge Robert McBurney will hear arguments from the district attorney’s office, news outlets and potentially other parties before making a decision on the release of the report. The special grand jury, whose work was overseen by McBurney, recommended that the report be made public.

The report is expected to include recommendations for Fulton County District Attorney Fani Willis on possible criminal prosecution, though it’s unclear just how specific those recommendations will be. The special grand jury did not have the power to issue indictments, and it will ultimately be up to Willis to decide whether to seek indictments from a regular grand jury.

If McBurney decides to disseminate the report, he must also determine whether any parts of it should be redacted and whether the report should be made public now or later. It’s unclear how quickly he will rule.

The investigation is one of several that threaten potential legal consequences for the Republican former president as he seeks reelection in 2024. Over a period of roughly seven months, the special grand jury heard from dozens of witnesses, including high-profile Trump allies, such as attorney Rudy Giuliani and Sen. Lindsey Graham of South Carolina, and high-ranking Georgia officials, such as Secretary of State Brad Raffensperger and Gov. Brian Kemp.

Willis began investigating shortly after a recording of a January 2021 phone call between Trump and Raffensperger became public. In that call, the president suggested that the state’s top elections official, a fellow Republican, could “find” the votes needed to overturn his loss to Democrat Joe Biden.

A coalition of news organizations, including The Associated Press, argued in favor of the report’s release in full, saying in a filing Monday that the document “is a court record subject to a presumption of openness” under state court rules and the state and federal constitutions. The media group said that the public interest in the report is “extraordinary” and that there “are no countervailing interests sufficient to overcome the presumption.”

Willis, a Democrat, had not filed a brief by Monday outlining whether the report should be released.

Trump’s legal team in Georgia said in a statement that it does not plan to be present or to participate in the hearing.

“To date, we have never been a part of this process,” Drew Findling, Marissa Goldberg and Jennifer Little wrote, noting that the former president was never subpoenaed or asked to come in voluntarily as part of the investigation.

“Therefore, we can assume that the grand jury did their job and looked at the facts and the law, as we have, and concluded …read more