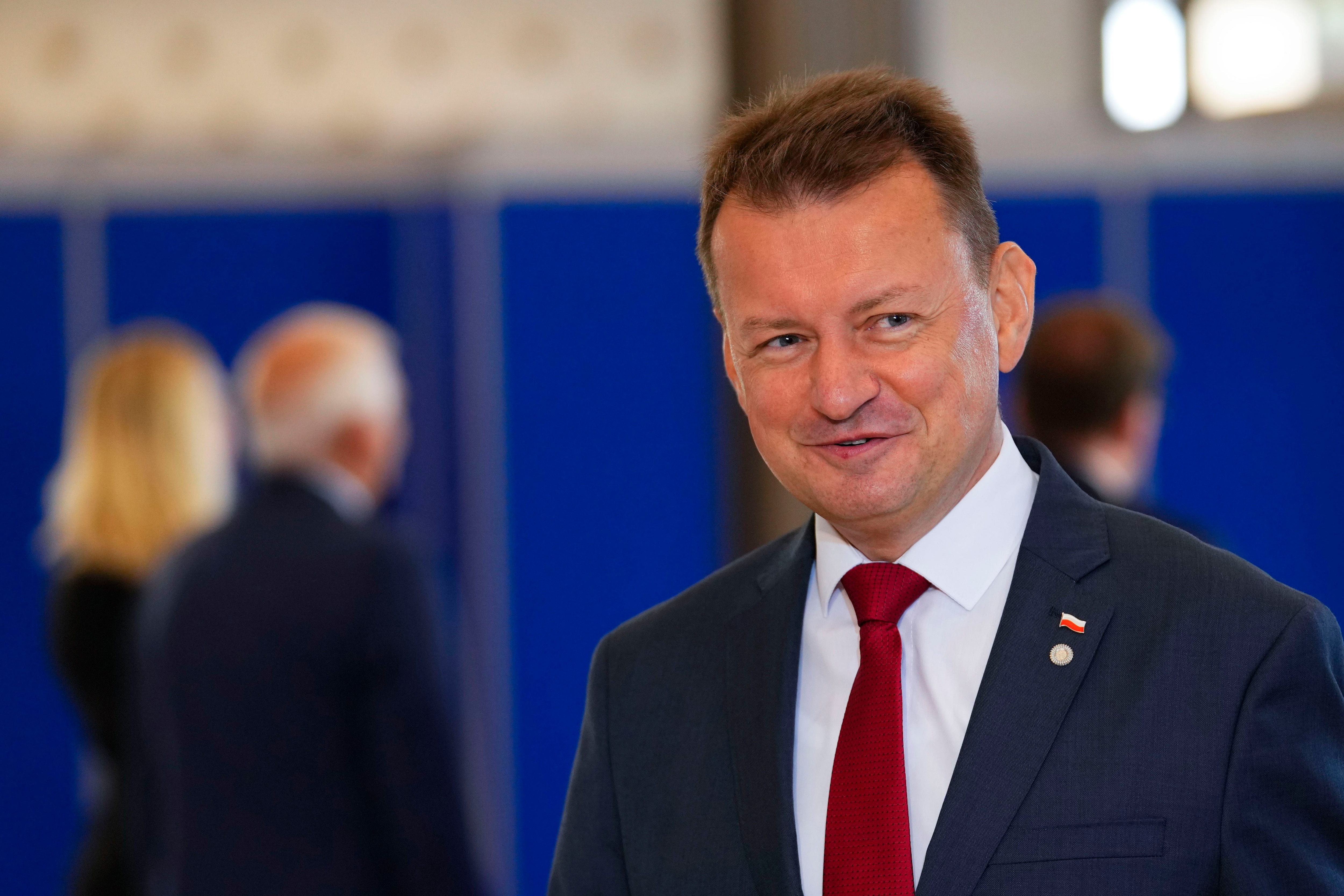 Poland’s government says an anti-missile system which Germany offered to send to Poland should instead go to Ukraine, a proposal that is a likely non-starter for Berlin because it would significantly ratchet up NATO involvement in Ukraine.

Poland’s surprising response to Berlin’s offer was welcomed by Ukraine, which is desperate to protect its airspace as barrage upon barrage of Russian missiles have knocked out power across the country.

But Germany’s Defense Minister Christine Lambrecht stressed that use of NATO defense systems outside its territory needs to be agreed by all member states.

“It is important to us that Poland can rely on allies to stand by each other, even in difficult times, and especially Poland in its exposed position,” Lambrecht told reporters in Berlin.

“That’s why we have offered to support air policing and Patriots, but these Patriots are part of an integrated air defense of NATO, that is, they are intended for NATO territory,” the minister said. “If they are used outside the NATO area, then it has to be agreed with NATO and with the allies beforehand.”

In Poland, critics of the populist ruling party accused it of sacrificing the country’s security with a war next door in Ukraine for the sake of a domestic political struggle which exploits anti-German sentiment for short-term gain.

The Rzeczpospolita daily called the new proposal by Poland’s leaders “shocking,” arguing that it would require sending German soldiers operating the system to Ukraine, and “that, in turn, would involve NATO in a direct clash with Russia, something the alliance has been trying to avoid from the beginning.”

“This proposal affects Poland’s credibility and, worst of all, its security. The Germans get a clear signal that we do not want their help, so the defense potential of the Polish sky will be lower,” deputy editor Michal Szuldrzynski wrote. “In the worst war in Europe since 1945, this is an unforgivable mistake.”

An aide to Poland’s President Andrzej Duda said the president has not been consulted on the decision. The president is the supreme commander of Poland’s armed forces and has a say on matters of national security.

Duda believes that if the missiles are made available by Germany, regardless of where they are placed, they should first of all protect Poland’s territory and the Poles, Duda’s chief of staff Pawel Szrot said.

“If his idea is different” Blaszczak would have to convince Duda to it, but there have been no talks on the subject, Szrot told the WP.pl news portal.

Poland’s populist ruling party, facing elections next fall with its popularity dented by 18% inflation, has been ratcheting up its anti-German messaging, long a staple of the party’s campaign rhetoric. Party leader Jaroslaw Kaczynski has also been trying to link his domestic opponents, particularly Donald Tusk, a former European Union leader, to Germany, saying Sunday that if Tusk’s party wins next year, Poland would find itself “under the German boot.”