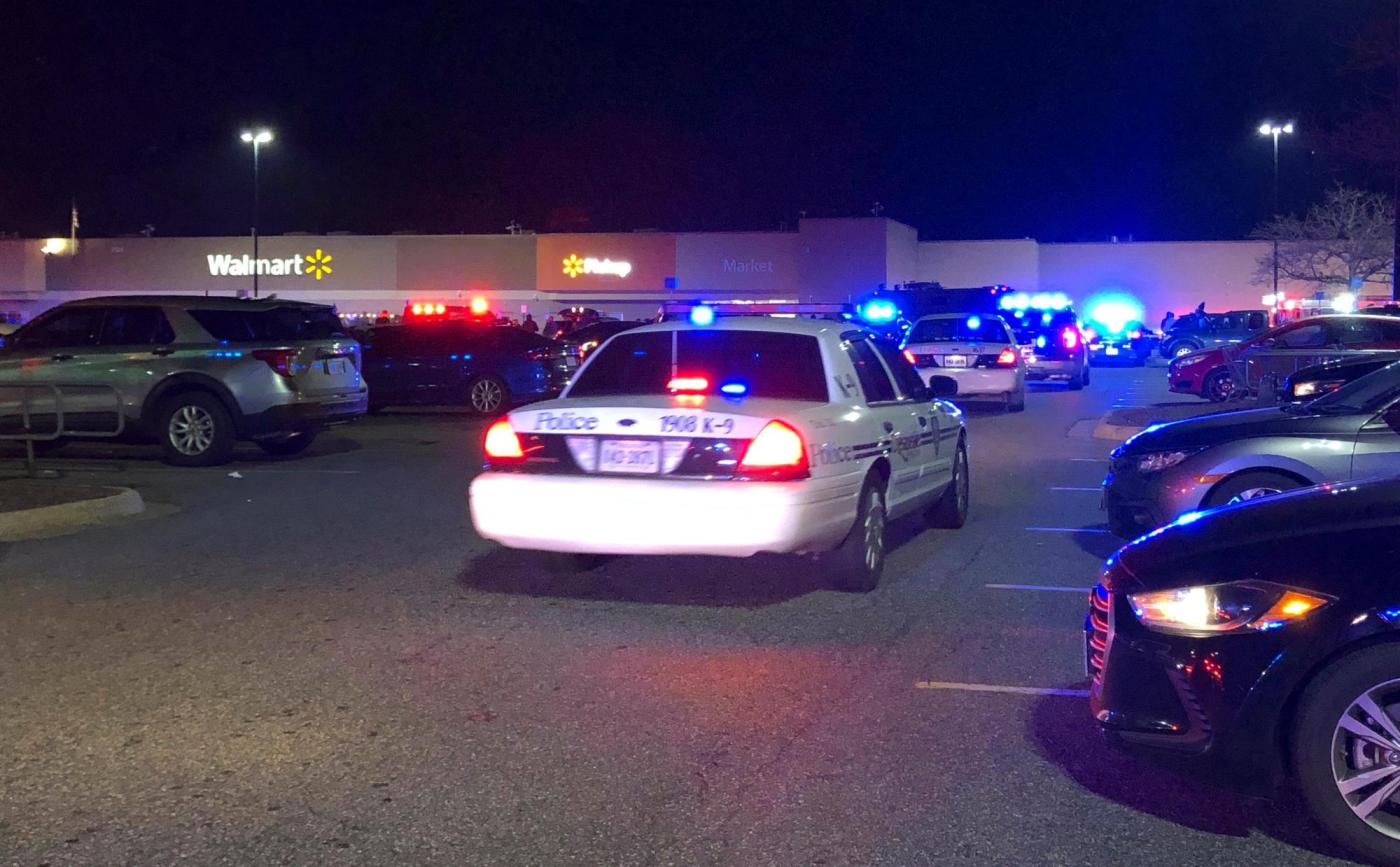 By ALEX BRANDON and BEN FINLEY

CHESAPEAKE, Va. (AP) — A Walmart manager pulled out a handgun before a routine employee meeting and began firing wildly around the break room of a Virginia store, killing six people in the nation’s second high-profile mass shooting in four days, police and witnesses said Wednesday.

The gunman was dead when officers arrived late Tuesday at the store in Chesapeake, Virginia’s second-largest city. Authorities said he apparently shot himself. Police were trying to determine a motive. One employee described watching “bodies drop” as the assailant fired haphazardly, without saying a word.

“He was just shooting all throughout the room. It didn’t matter who he hit. He didn’t say anything. He didn’t look at anybody in any specific type of way,” said Briana Tyler, a Walmart employee.

Six people were wounded in the shooting, which happened just after 10 p.m. as shoppers were stocking up ahead of the Thanksgiving holiday. Police said they believe about 50 people were in the store at the time.

The gunman was identified as Andre Bing, 31, an overnight team leader who had been a Walmart employee since 2010. Police said he had one handgun and several magazines of ammunition.

Tyler said the overnight stocking team of 15 to 20 people had just gathered in the break room to go over the morning plan. She said the meeting was about to start, and one team leader said: “All right guys, we have a light night ahead of us.” Then Bing turned around and opened fire on the staff.

At first, Tyler doubted the shooting was real, thinking that it was an active shooter drill.

Hershel Walker's team isn't allowing journalists 'within 20 feet of him' in lead up to Senate run off, says reporter

“It was all happening so fast,” she said, adding: “It is by the grace of God that a bullet missed me. I saw the smoke leaving the gun, and I literally watched bodies drop. It was crazy.”

Police said three of the dead, including Bing, were found in the break room. One of the slain victims was found near the front of the store. Three others were taken to hospitals where they died.

Tyler, who started working at Walmart two months ago and had worked with Bing just a night earlier, said she never had a negative encounter with him, but others told her he was “the manager to look out for.” She said Bing had a history of writing people up for no reason.

“He just liked to pick, honestly. I think he just looked for little things … because he had the authority. That’s just the type of person that he was. That’s what a lot of people said about him,” she said.

Employee Jessie Wilczewski told Norfolk television station WAVY that she hid under the table, and Bing looked and pointed his gun at her. He told her to go home, and she left.

Police said the dead included a 16-year-old boy whose name was being withheld because of his age. The other victims were identified as Brian Pendleton, 38; Kellie Pyle, 52; Lorenzo Gamble, 43; and Randy Blevins, 70, who were all from Chesapeake; and …read more