After Kherson success, Kyiv vows to keep driving out Russia 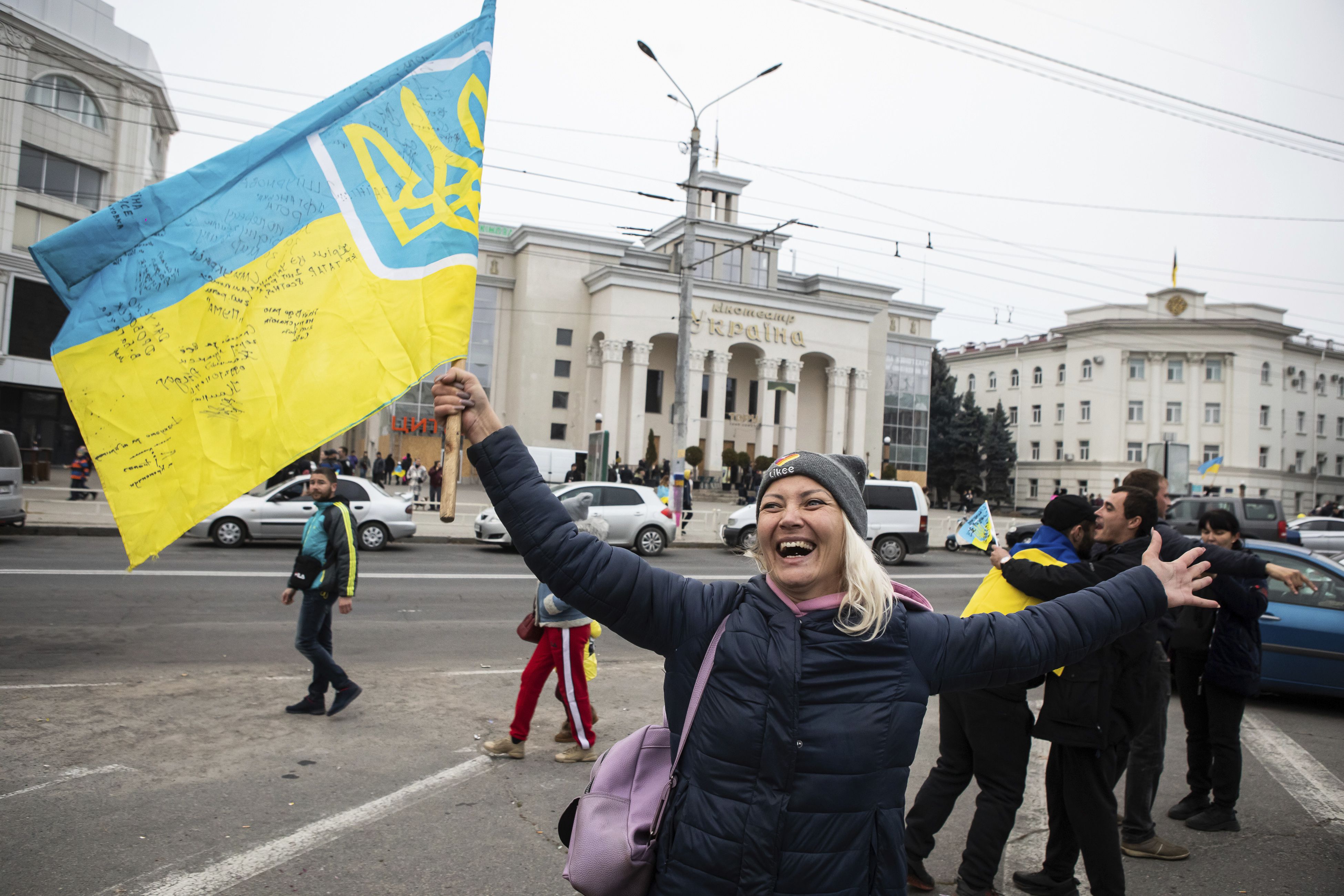 Ukraine’s president vowed to keep pushing Russian forces out of his country after they withdrew from Kherson, leaving behind devastation, hunger and booby traps in the southern Ukrainian city.

“We will see many more such greetings” of Ukrainian soldiers liberating Russian-held territory,” President Volodymyr Zelenskyy said in his nightly video address Saturday.

He pledged to the people in Ukrainian cities and villages that are still under occupation: “We don’t forget anyone; we won’t leave anyone.”

Ukraine’s retaking of Kherson was a significant setback for the Kremlin and the latest in a series of battlefield embarrassments. It came some six weeks after Russian President Vladimir Putin annexed the Kherson region and three other provinces in southern and eastern Ukraine — in breach of international law — and declared them Russian territory.

As Ukrainian forces on Sunday consolidated their hold on Kherson, authorities contemplated the daunting task of clearing out explosive devices and restoring basic public services in the city.

One Ukrainian official described the situation in Kherson as “a humanitarian catastrophe.” The remaining residents in the city are said to lack water, medicine and food. There are shortages of key basics such as bread because of a lack of electricity.

Ukrainian police called on residents to help identify collaborators with Russian forces during the eight-month occupation. Ukrainian police officers returned to the city Saturday, along with public broadcasting services, following the departure of Russian troops.

The national police chief of Ukraine, Ihor Klymenko, said Saturday on Facebook that about 200 officers were at work in the city, setting up checkpoints and documenting evidence of possible war crimes.

In what could perhaps be the next district to fall in Ukraine’s march on territory illegally annexed by Moscow, the Russian-appointed administration of the Kakhovka district, east of Kherson city, announced Saturday it was evacuating its employees.

“Today, the administration is the number one target for Ukrainian attacks,” said the Moscow-installed leader of Kakhovka, Pavel Filipchuk.

“Therefore, by order of the government of the Kherson region, we, as an authority, are moving to a safer territory, from where we will lead the district,” he wrote on Telegram.

Kakhovka is located on the left bank of the River Dnieper, upstream of the Kakhovka hydroelectric power station.

Writing on Telegram on Sunday, he said four people were killed and one wounded in Ukraine’s eastern Donetsk region, two were killed in the Kherson region, and two wounded in the central Dnipropetrovsk region.