‘Mrs. Unruh’ used to light up a room in Mount Baldy, Granada Hills 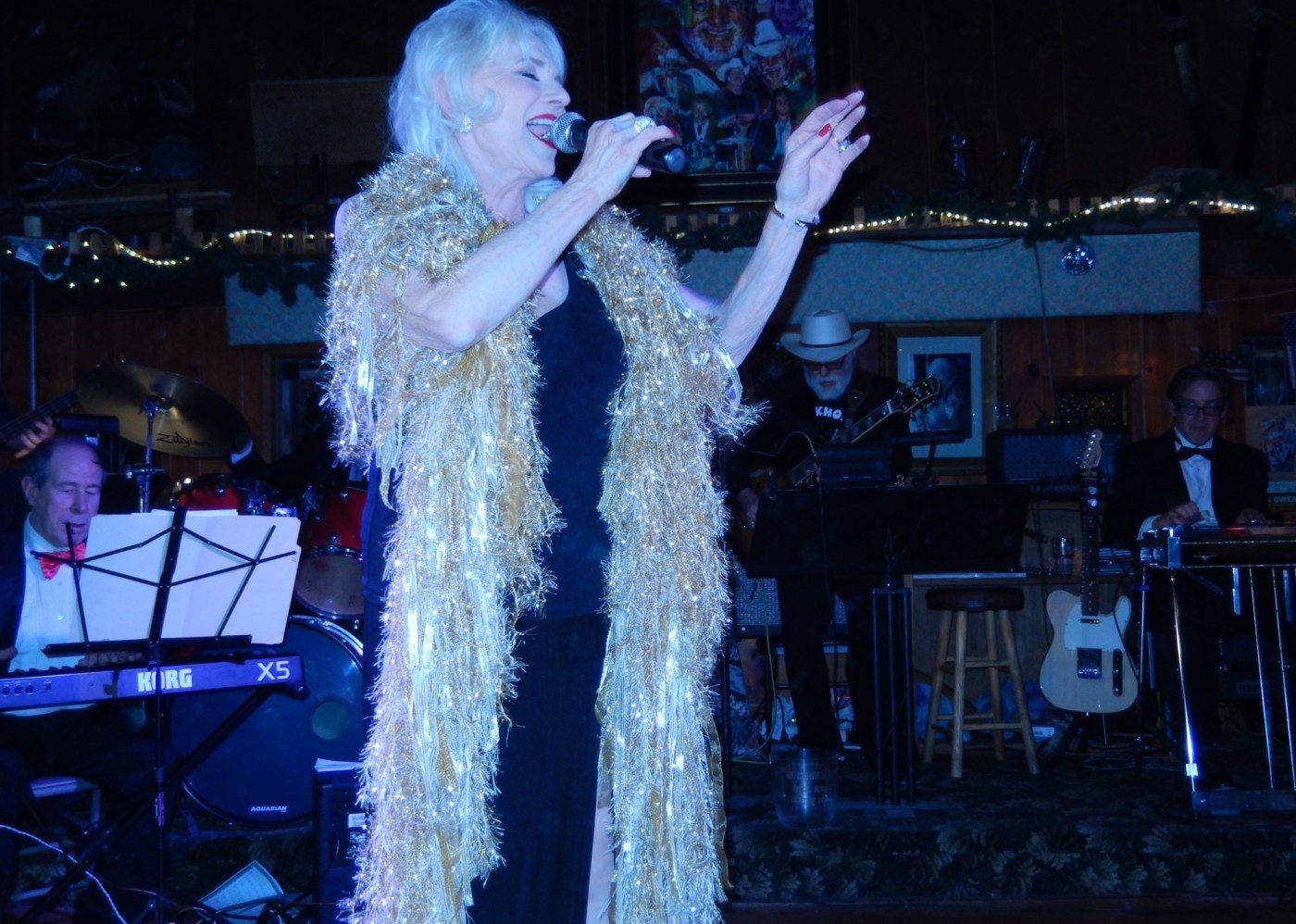 The Fabulous Mrs. Unruh, as former showgirl Chris Unruh billed herself in her Las Vegas-style performances at Mt. Baldy’s Buckhorn Lodge and elsewhere, died earlier this year, as I wrote recently. And despite her passing, and the passage of time, your own memories of her have not dimmed.

“I used to go witness her magic and that of her band,” says Dan Thomas of Moreno Valley. “She was an amazing lady. She wrapped her feather boa around me more than once.”

Margi Austin of San Antonio Heights went up to the Buckhorn starting in the late 1990s with friends, many of whom likewise ended up draped in the feather boa. Austin recognized Unruh’s wit, warmth and intelligence and says she loved her dearly.

Once at the Golden Nugget in Las Vegas, Austin was dining with her mother when she spotted Unruh at another table. Unruh saw her too and came over to join them. It was a memorable visit.

“After she left, my mom said she thought I had been embellishing Mrs. Unruh’s greatness,” Austin shares, “and she now realized she was even greater than I stated.”

Unruh, to refresh your memory, was paramour and then wife of Jesse Unruh, a Democratic power broker in California who died in 1987. Photos of him or her with various political celebrities adorned a wall at the Buckhorn. In one, Chris stood next to Jimmy Carter.

Penny Korechoff watched Unruh at the Buckhorn a few times but more routinely saw her at Casa de Pizza in Korechoff’s city of residence, Granada Hills. Unruh and guitarist Mort Marker performed at the pizzeria monthly for many years starting in 2012.

Over the years Unruh and Marker got to know Korechoff and her husband, Victor, even inviting the couple to their wedding at the Buckhorn, which they were proud to accept. Chris Unruh was not necessarily forthcoming with personal information, however. “We looked her up on the internet to find her first name,” Korechoff tells me.

Yet it was a warm relationship regardless. One evening at Casa de Pizza, Korechoff mentioned to Unruh that their grandson’s fifth birthday was coming up. At next month’s performance, the Korechoffs approached their regular table to find a 12-by-16 painting by Unruh awaiting them as a birthday gift.

Their grandson, now 13, still displays the painting on his bedroom wall. I guess she really was the Fabulous Mrs. Unruh.

Before calling it a day — “Sunrise, Sunset”? — on the topic of Jewish delis, let me excerpt some of the kibitzing.

Hillel Cohn, rabbi emeritus of Congregation Emanu El, which relocated from San Bernardino to Redlands in 2010, tells me San Bernardino, too, once had a Jewish deli. Keyser’s Deli operated downtown through the 1960s and was a favorite of downtown merchants.

“The owner was Yetta Keyser and she was joined in operating the restaurant by her son-in-law Arnold Schapiro,” Cohn reports. “Yetta also did catering at the synagogue for many Jewish weddings and bar mitzvahs.”