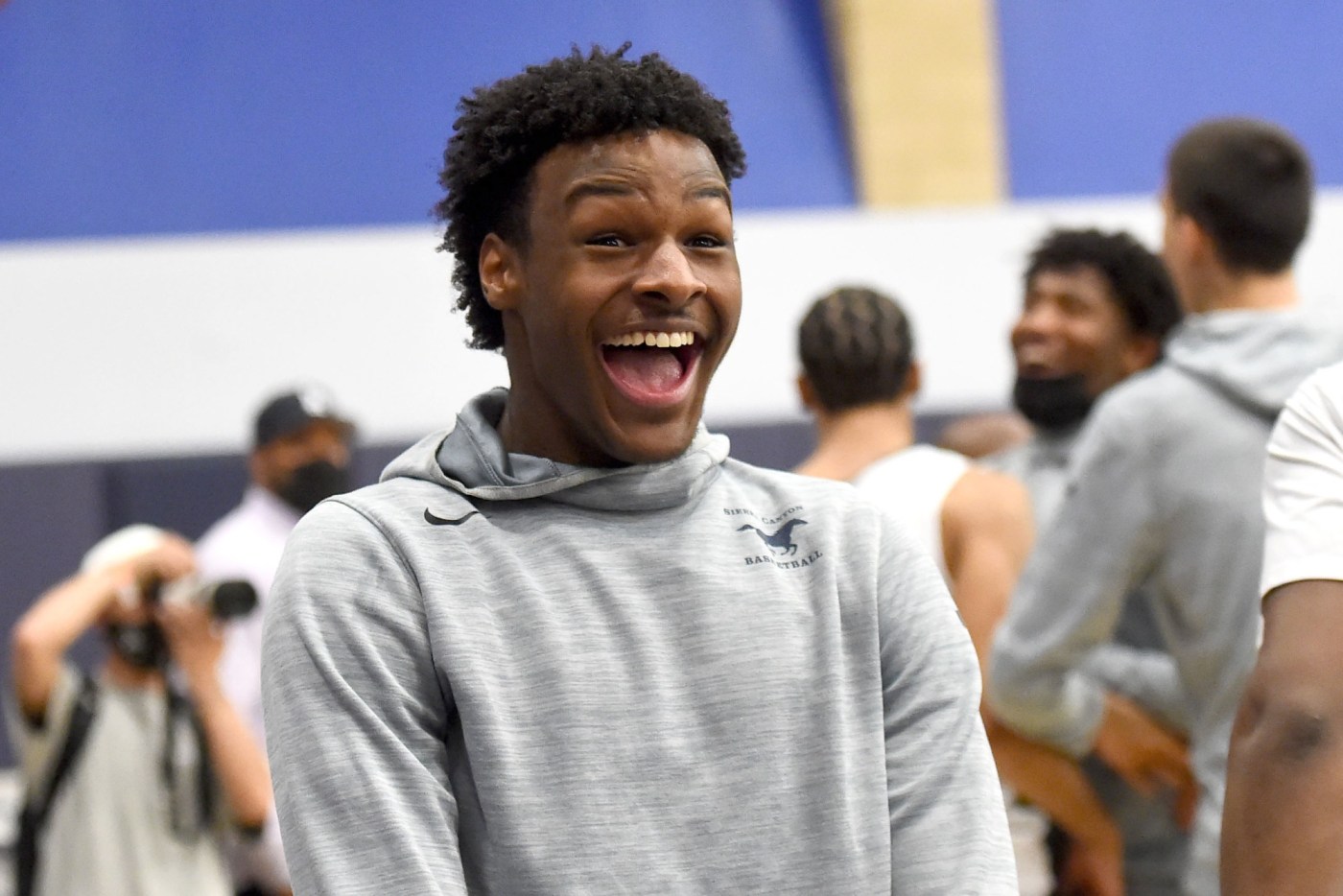 LeBron James has been transparent about his dream to play in the NBA alongside his sons, Bronny and Bryce James.

The time when that could possibly happen may be a year earlier than anticipated with the NBA reportedly set to lower league’s draft age from 19 to 18 years old, according to Shams Charania of The Athletic. The change would allow players to enter the NBA Draft straight from high school again, and the first time since the rule was changed in 2005.

Bronny James, a senior guard at Sierra Canyon High in Chatsworth, Calif., will turn 18 on October 6, but the rule change isn’t expected to be put in place until the 2024 NBA Draft, which makes the change moot for Bronny. He’ll already be 19 if he decides to declare for the NBA draft after one year of collegiate basketball.

However, the change could alter things for Bryce James, who is a sophomore in high school and graduates in 2025. Bryce will turn 18 year old on June 14, 2025. Bryce, who is already 6-foot-6, is expected to be on this year’s Sierra Canyon varsity roster after playing junior varsity as a freshman.

The NBA Draft was held June 23 this past summer.

LeBron will be 38 years old in December, and would be 40 years old in 2025, but he plans to play into his 40s so he has the opportunity to play with his sons.

“I like to throw things out in the airwaves, but I’m not one to [say] what’s going to happen in the next two to three years,” LeBron told Sports Illustrated this summer. “I am a visionary, but I’m also a guy that lives in the moment. I’d definitely be looking at who got first-round picks in 2024, 2025, things of that nature; 2026, ’27. I pay attention to that type of stuff.”

The thought is viral-worthy content, especially for those that didn’t read the fine print and thought the rule change would make Bronny eligible for the 2023 NBA Draft. But that’s not the case.

However, many are asking: Is Bronny James a one-and-done college player?

Not likely on his own merit.

Bronny averaged 8.8 points, 3.3 rebounds, 2.8 steals and 1.9 assists in 29 games as a high school junior last season, all of which were career highs. He’s a four-star rated guard who is certainly good enough to play NCAA Division I college basketball, but he’s not what pundits would tag as a one-and-done prospect.

Sierra Canyon’s Bronny James visits Ohio State. This is the first public mark of Bronny’s recruiting journey. There are more to come, but something about OSU being first seems pretty cool, considering it’s the family’s home state. pic.twitter.com/bhvCZC5AbU

Bronny stands roughly 6-foot-3, shoots the ball efficiently, plays hard, defends the perimeter well and is a high-level athlete. A couple years in college (minimum) would be great for his development.