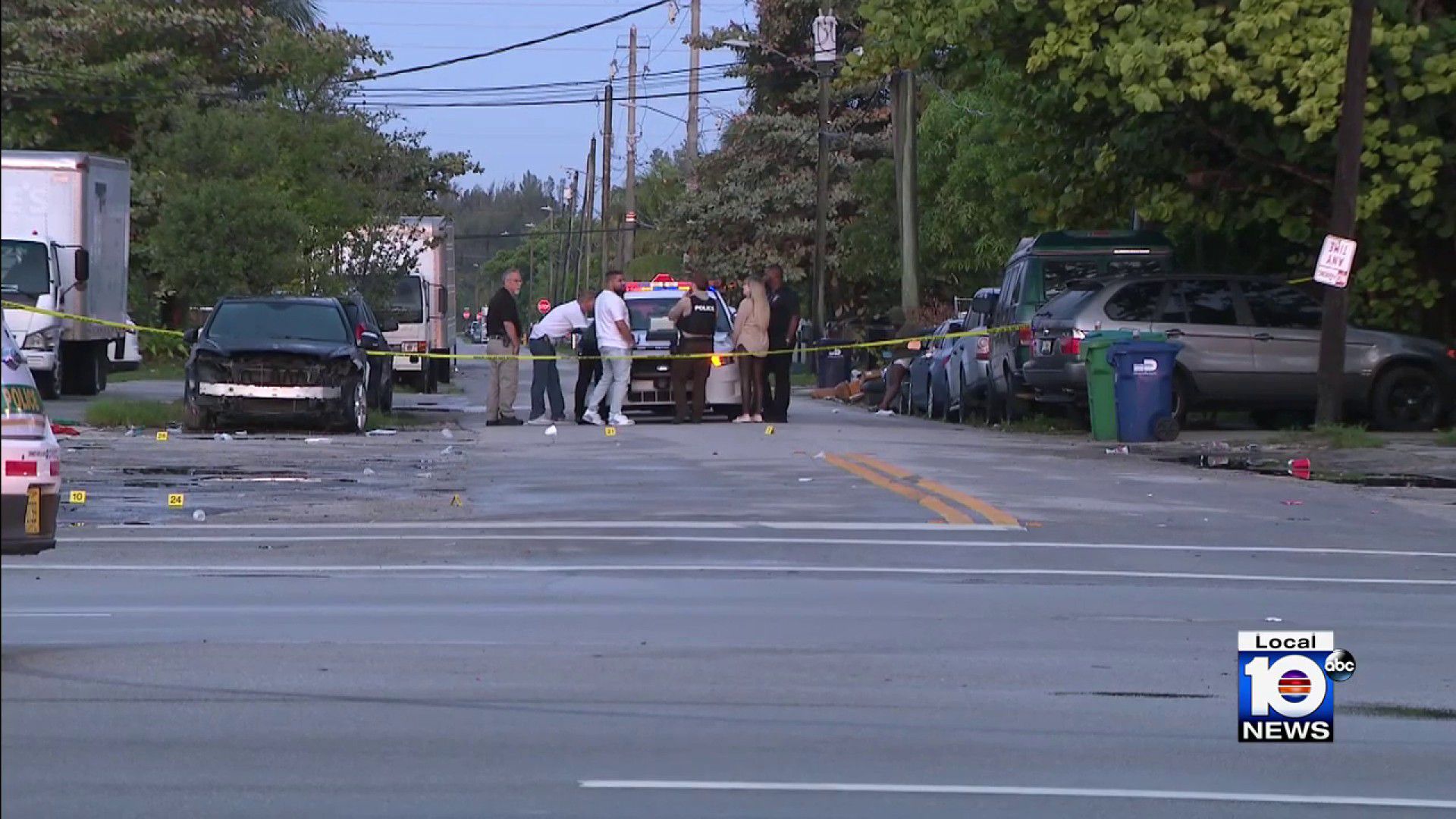 The suspected shooter, a man in a wheelchair, returned to the scene before being taken into custody.

It all went down on the corner of Northwest 7th Avenue and 107th Street, steps away from the Chicagoan Bar and Lounge.

Miami-Dade police responded to the area where they found two men with gunshot wounds to their back, arms and legs.

Paramedics rushed both victims to Ryder Trauma Center at Jackson Memorial Hospital with an additional, third victim driving on their own to North Shore Hospital.

All three victims were described as stable.

Authorities have not released the suspected shooter’s name or any information on what led up to the gunfire.