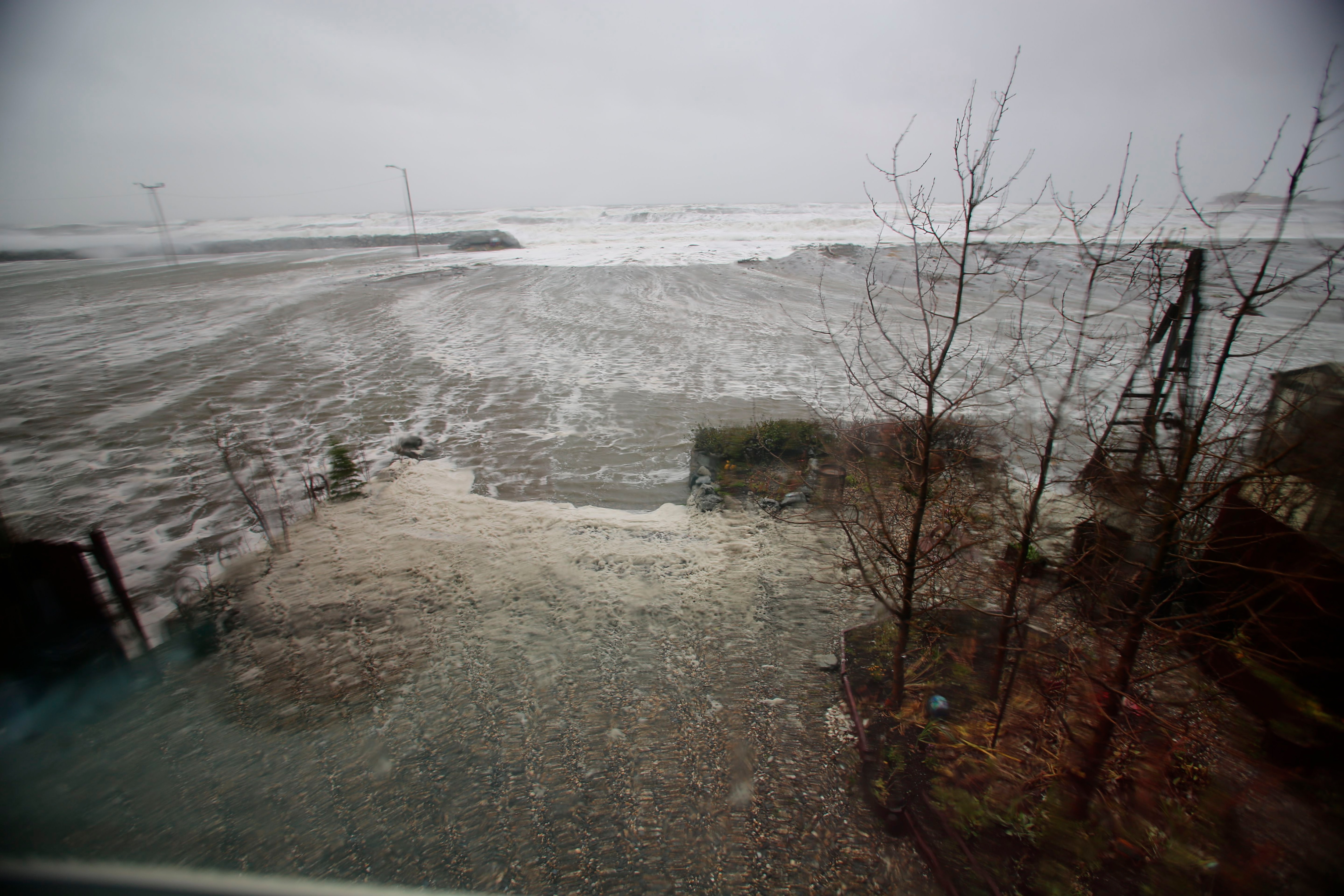 Floodwaters were starting to recede in some parts of western Alaska that were battered by the worst storm in a half century, leaving debris flung by the powerful Bering Sea waves on beaches and in seaside communities.

“This guy is going to hang out in the Chukchi Sea for the next few days and just rapidly weaken because it’s so stationary,” she said.

It was also massive system — big enough to cover the mainland U.S. from Nebraska west to the Pacific Ocean and from Canada to Texas — that has influenced weather systems as far away as California, where a rare late-summer storm was dropping rain on the northern part of the state.

There have been no reports of injuries or deaths in Alaska, the governor said during a Saturday evening news conference. However, roads have been damaged and state officials are assessing potential damage to seawalls, water and sewage systems, airports, and ports.

Several communities reported the force of the incoming water, often propelled by winds gusting near 70 mph (113 kph), knocked some homes off their foundations. One house in Nome floated down a river until it got caught under a bridge.

Many homes were flooded and about 450 residents on the western coast sought refuge in shelters, with more than half of them at a school in Hooper Bay, where they ate processed moose donated by village residents. Others rode out the storm on higher ground outside their communities.

The former typhoon caused the highest water level at Nome — 11.1 feet (3.38 meters) above the normal tide level — since a large storm in 1974, and other communities might have surpassed levels seen in 48 years ago.

“One of the big features of this storm was the wide swath of significant damage,” said Rick Thoman, a climate specialist with the International Arctic Research Center at the University of Alaska Fairbanks.

“So, did it live up to the hype? I would say absolutely,” he said of the storm, which had officials urging people to prepare days before it hit.

Becca Luce and her family live about a half mile from the Bering Sea coast in Nome.

“We have a pretty good view of the ocean from our living room,” she said. “We could see the waves crashing form our window and going over the road.”

Nome itself was inundated, including Front Street, the city’s main business thoroughfare that also doubles as the finish line for the Iditarod Trail Sled-Dog Race. The city’s mini-convention center, which also serves as Iditarod headquarters for the end of the race each March, was surrounded by water.