UCLA gets past South Alabama on last-second field goal 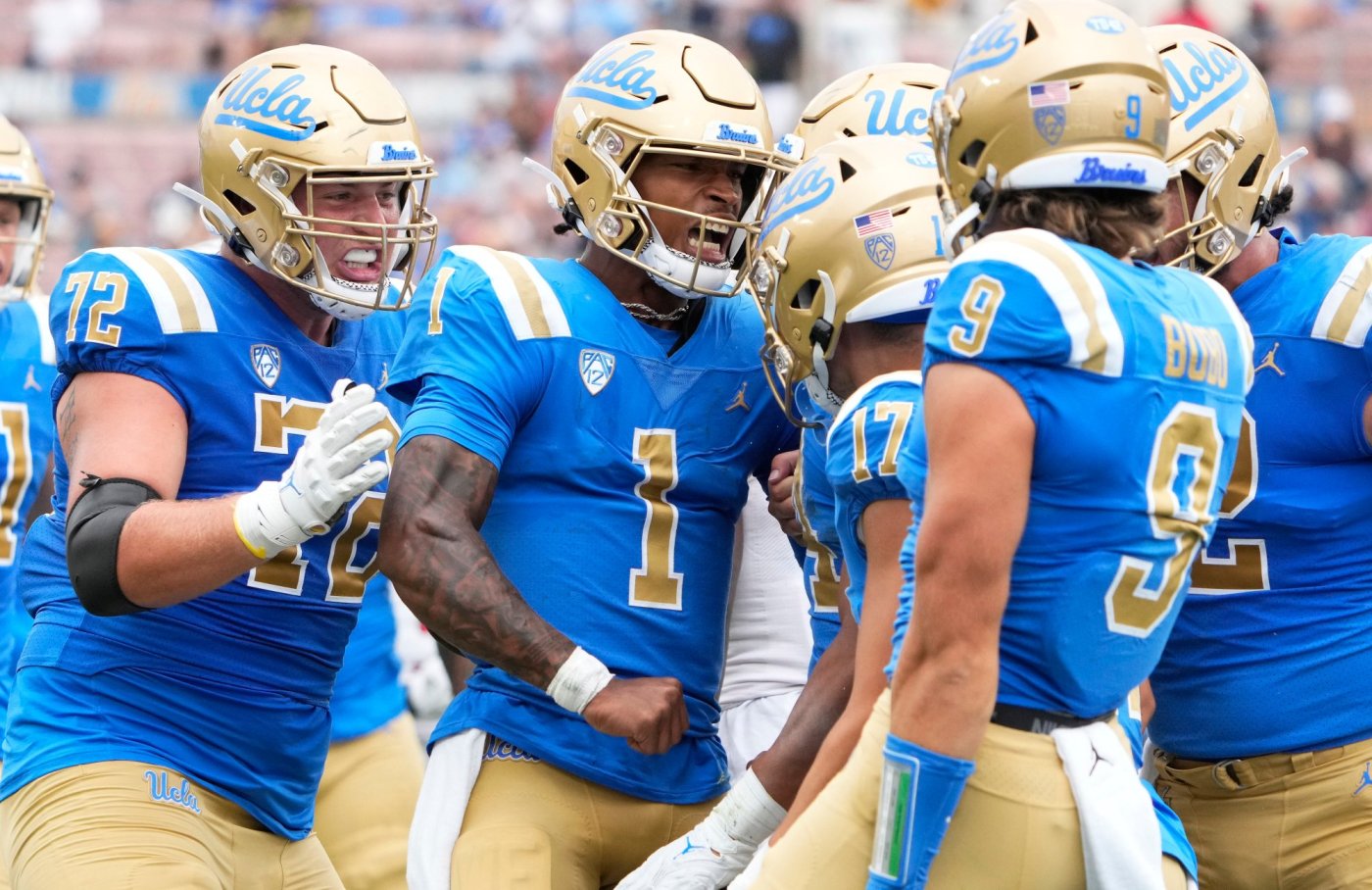 LOS ANGELES — In its final nonconference game ahead of Pac-12 play, UCLA got every bit of a test – and then some – from South Alabama at the Rose Bowl on Saturday in a 32-31 win thanks to a 24-yard las-second field goal by Nicholas Barr-Mira.

After dominating Bowling Green and Alabama State in their first two contests, the Bruins faced what was likely their most comparable competition to date. And they barely staved off an upset by a team from the Sun Belt Conference.

The Bruins capitalized on a botched trick-play attempt on a field goal by South Alabama with under three minutes to play. On the subsequent drive, Dorian Thompson-Robinson connected with Titus Mokiao-Atimalala for 29 yards to put the Bruins into field-goal range. It was part of a 61-yard, 10-play drive to close out the win.

UCLA trailed 31-23 entering the fourth quarter after South Alabama took advantage of a Thompson-Robinson fumble with a touchdown. The Bruins clawed closer on a fourth-down, 8-yard touchdown pass from Thompson-Robinson to Logan Loya, but the subsequent two-point conversion was unsuccessful.

Thompson-Robinson finished 20-of-30 passing for 263 yards. Running back Zach Charbonnet had 13 carries for 77 yards. Jake Bobo had a breakout game at receiver, with five catches for 89 yards and a touchdown.

The Bruins struck quickly out of the locker room at halftime, going on a 4-play, 75-yard drive capped with an 11-yard touchdown catch by Kam Brown, playing in his first game of the season.

UCLA’s defense entered the game with the Pac-12’s best rushing defense, allowing 62 yards per game. But it gave up 110 yards on the ground in the first half alone, as South Alabama outgained UCLA 250-195 overall in the first half.

The defense did not record a single tackle for loss until the fourth quarter, and South Alabama was also 8 for 10 on third-down conversions.

Attendance was 29,344, the second-smallest crowd for a UCLA game in Rose Bowl history after the record-low was set two weeks ago during the season opener.

The Bruins settled for field goals on their first two drives of 38 and 49 yards, respectively, by Barr-Mira. An interception by JonJon Vaughns on South Alabama’s opening series put UCLA near the red zone, but the Bruins went three-and-out.

UCLA thought it took its first lead in the second quarter when Charbonnet caught a 7-yard pass from Thompson-Robinson, but upon review was ruled down short of the goal line. On the next play, Charbonnet fumbled and the ball was recovered by South Alabama.