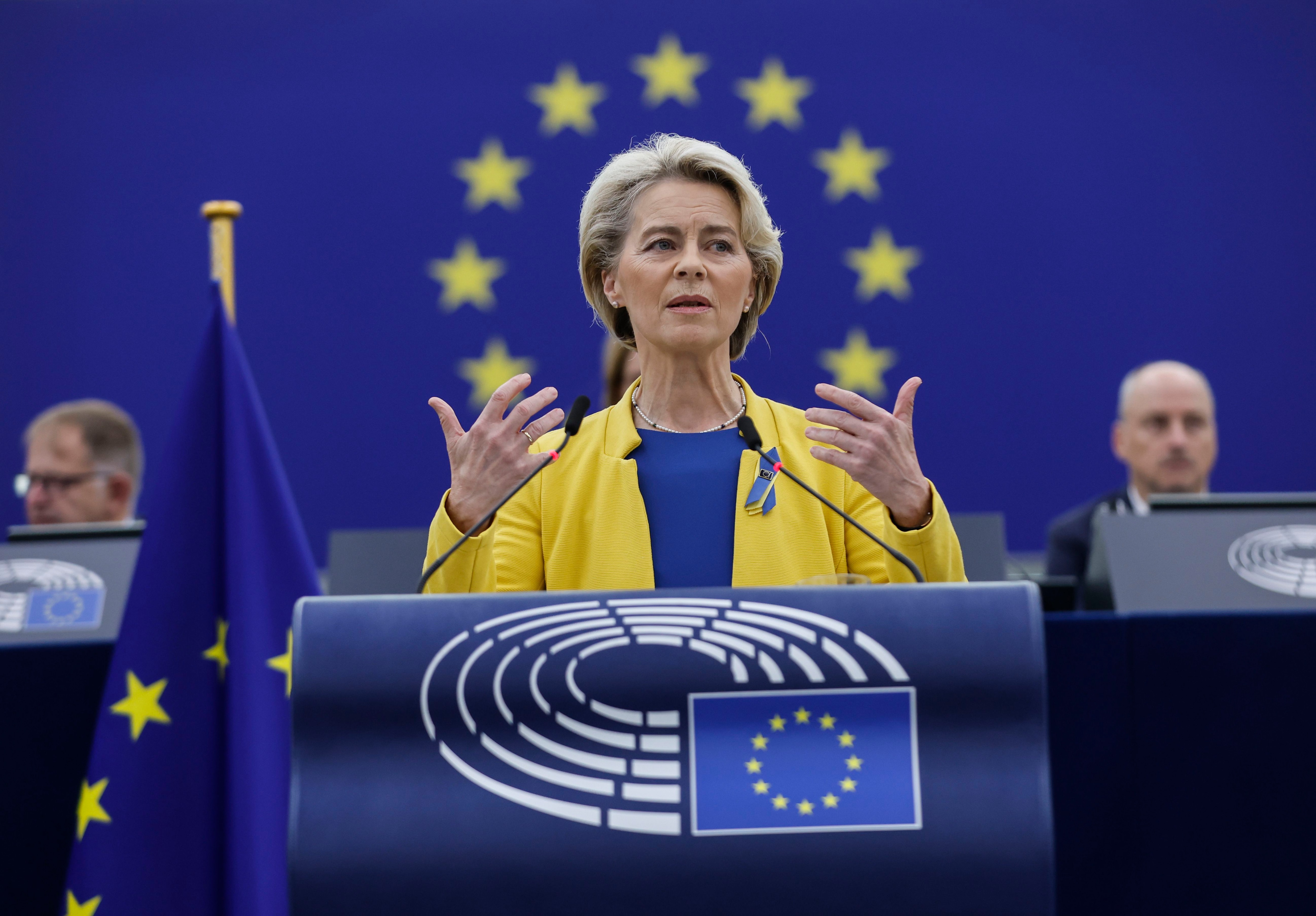 A top European Union official unveiled a plan Wednesday to cap the revenue of electricity producers that are making extraordinary profits because of the effects of Russia’s war in Ukraine and climate change, saying the proposal could raise $140 billion to help people hit by spiraling energy prices.

It’s one of several proposals aimed at containing an energy crisis in Europe that could lead to rolling blackouts, shuttered factories and a deep recession this winter. Others include slashing energy use and reforming the electricity market, which all need approval by the 27 EU countries. As the bloc supports Ukraine, Russia has reduced or cut off natural gas to 13 member nations, surging gas and electricity prices that are expected to go higher as demand peaks during the cold months.

Europe also has been hit by a drought that experts say is the worst in 500 years. Prices for natural gas — which is used to power industry, heat homes and generate electricity — are now 10 times higher in the EU than before COVID-19 took hold in 2020.

Individual countries have passed subsidies, tax cuts and other relief for households and businesses as high energy prices drive record inflation. But with economies still recovering from the pandemic, money must be found outside of national budgets to provide more help to millions struggling to pay their electricity bills. That’s why the commission wants to tap the profits of power producers using oil, gas and coal as well as renewables and nuclear power. It estimates that some companies are making five times their usual profits.

“These companies are making revenues they never accounted for, they never even dreamt of,” von der Leyen said. “In these times, it is wrong to receive extraordinary record revenues and profits benefiting from war and on the back of consumers.”

During her State of the European Union address to the EU assembly, attended by Olena Zelenska, wife of Ukrainian President Volodymyr Zelenskyy, von der Leyen said company “profits must be shared and channeled to those who need it the most.”

“Our proposal will raise more than 140 billion euros ($140 billion) for member states to cushion the blow directly,” she said.

With Russia tightening the natural gas taps, demand for gas and electricity also must be reduced, even if reserves of the fuel are on average 84% full across the EU. Capping prices will not draw down use, so the commission also wants people to consume less, particularly during peak hours.