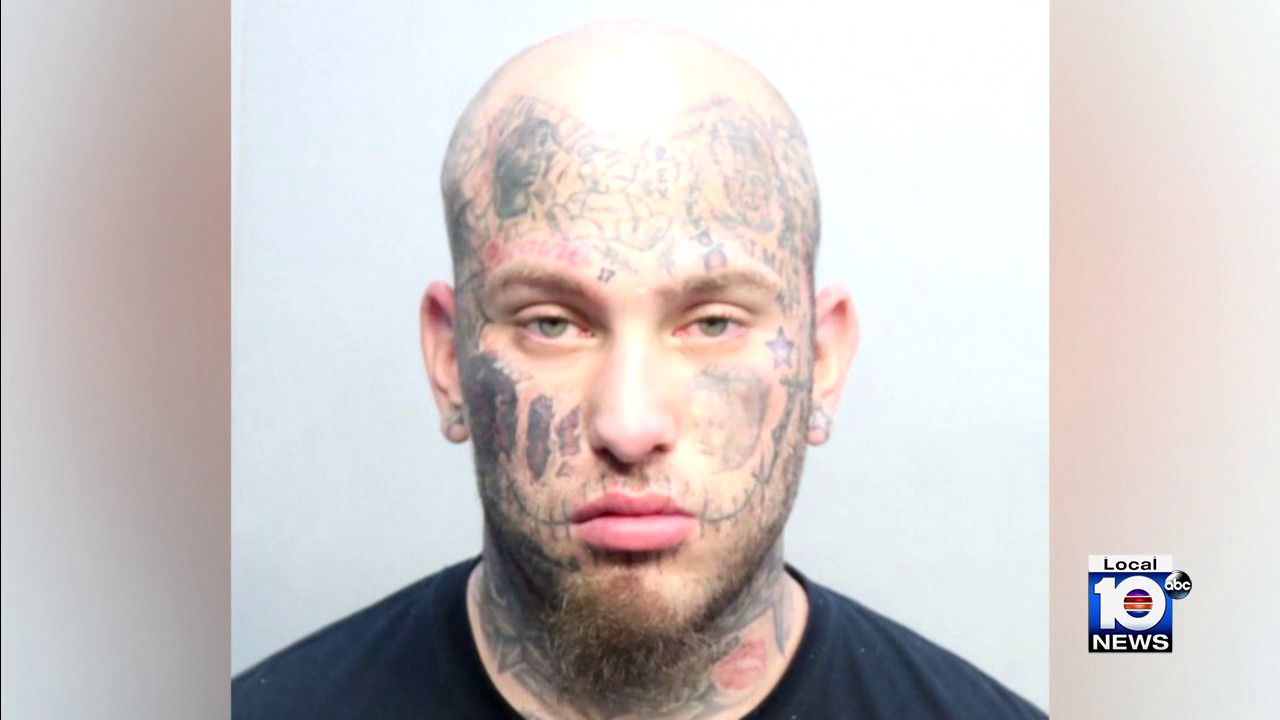 The 27-year-old bonded out of jail in Miami-Dade County Thursday afternoon.

The rapper has been charged with felony cocaine possession and a misdemeanor weapons charge.

Mugshot for 27-year-old Phillip Katsabanis, a rapper known as Stitches

Police say he asked the people to leave multiple times and told his wife to hide in the back of the shop.

When police arrived, records show officers did not find anyone inside the business or find any signs of a break in, but what they did find was a stash of cocaine.

There are several businesses that operate out of the building where Katasbanis was arrested.

While a portion of the arrest record was redacted, the section released does not indicate when or why a gun was either found with or fired by the rapper, who also faces a misdemeanor weapons charge from the same incident.