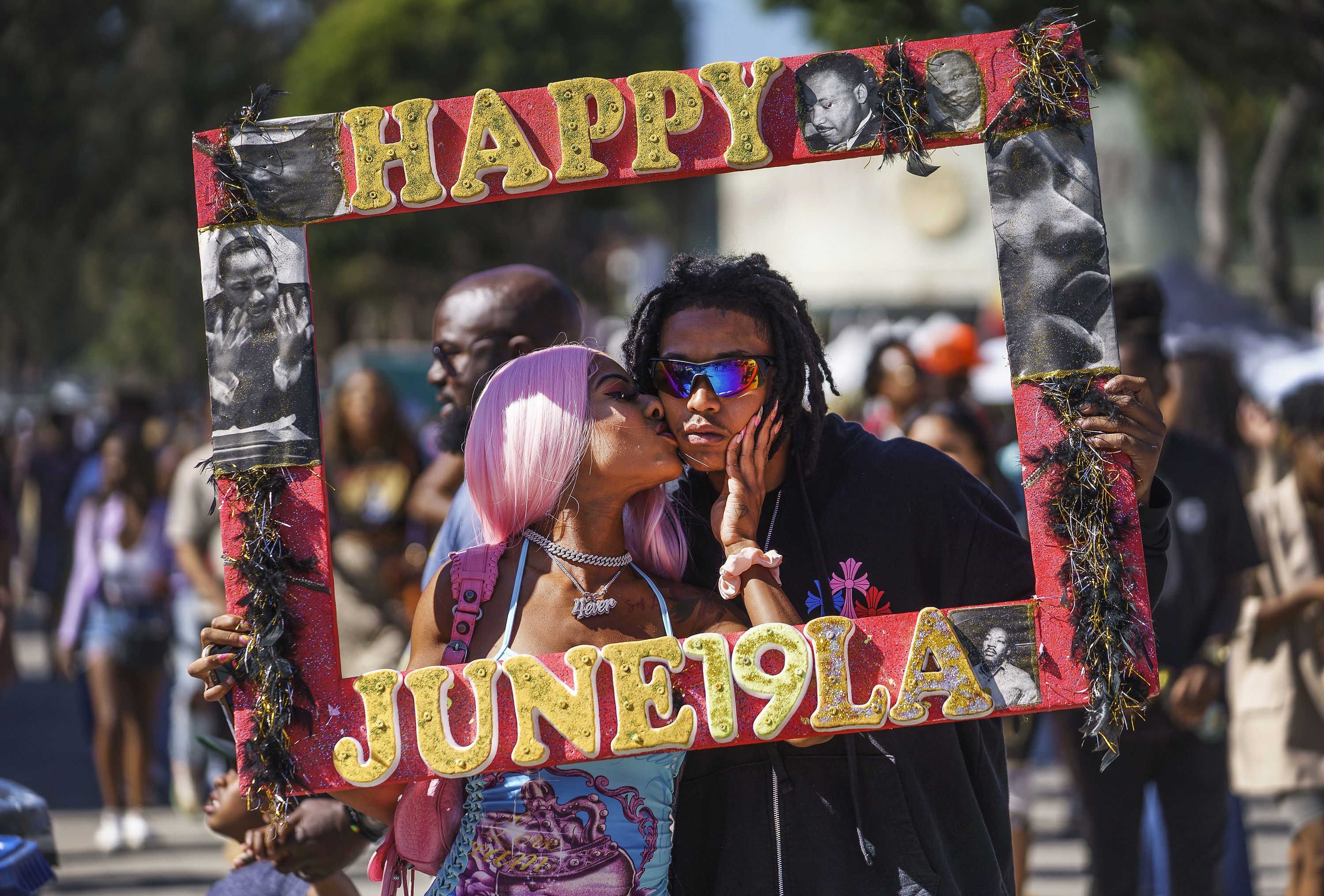 After Opal Lee led hundreds in a walk through her Texas hometown to celebrate Juneteenth, the 95-year-old Black woman who helped successfully push for the holiday to get national recognition said it’s important that people learn the history behind it.

“We need to know so people can heal from it and never let it happen again,” said Lee, whose 2 1/2-mile (4-kilometer) walk through Fort Worth symbolizes the 2 1/2 years it took after President Abraham Lincoln’s Emancipation Proclamation ending slavery in the Southern states for the enslaved people in Texas to be freed.

A year after President Joe Biden signed legislation making June 19 the nation’s 12th federal holiday, people across the U.S. gathered at events filled with music, food and fireworks. Celebrations also included an emphasis on learning about history and addressing racial disparities. Many Black people celebrated the day just as they did before any formal recognition.

Juneteenth, also known as Freedom Day, commemorates the day in 1865 when Union soldiers arrived in Galveston, Texas, to order freedom for the enslaved people of the state — two months after the Confederacy had surrendered in the Civil War.

“Great nations don’t ignore their most painful moments,” Biden said in a statement Sunday. “They confront them to grow stronger. And that is what this great nation must continue to do.”

A Gallup Poll found that Americans are more familiar with Juneteenth than they were last year, with 59% saying they knew “a lot” or “some” about the holiday compared with 37% a year ago in May. The poll also found that support for making Juneteenth part of school history lessons increased from 49% to 63%.

Yet many states have been slow to designate it as an official holiday. Lawmakers in Mississippi, South Carolina, Tennessee and elsewhere failed to advance proposals this year that would have closed state offices and given most of their public employees paid time off.

Celebrations in Texas included one at a Houston park created 150 years ago by a group of formerly enslaved men who bought the land. At times, it was the only public park available in the area to the Black community, according to the conservancy’s website.

“They wanted a place that they could not only have their celebration, but they could do other things during the year as a community,” said Jacqueline Bostic, vice chairwoman of the board for the Emancipation Park Conservancy and the great-granddaughter of one of the park’s founders, the Rev. Jack Yates.

This weekend’s celebration included performances from The Isley Brothers and Kool & The Gang. In the weeks leading up to Juneteenth, the park hosted discussions on topics ranging from health care to policing to the role of green spaces.

Participants included Robert Stanton, the first African American to serve as director of the National Park Service, and Philonise Floyd, the brother of George Floyd, who grew up in the historically Black neighborhood where the park is located and whose killing by a Minneapolis police officer …read more