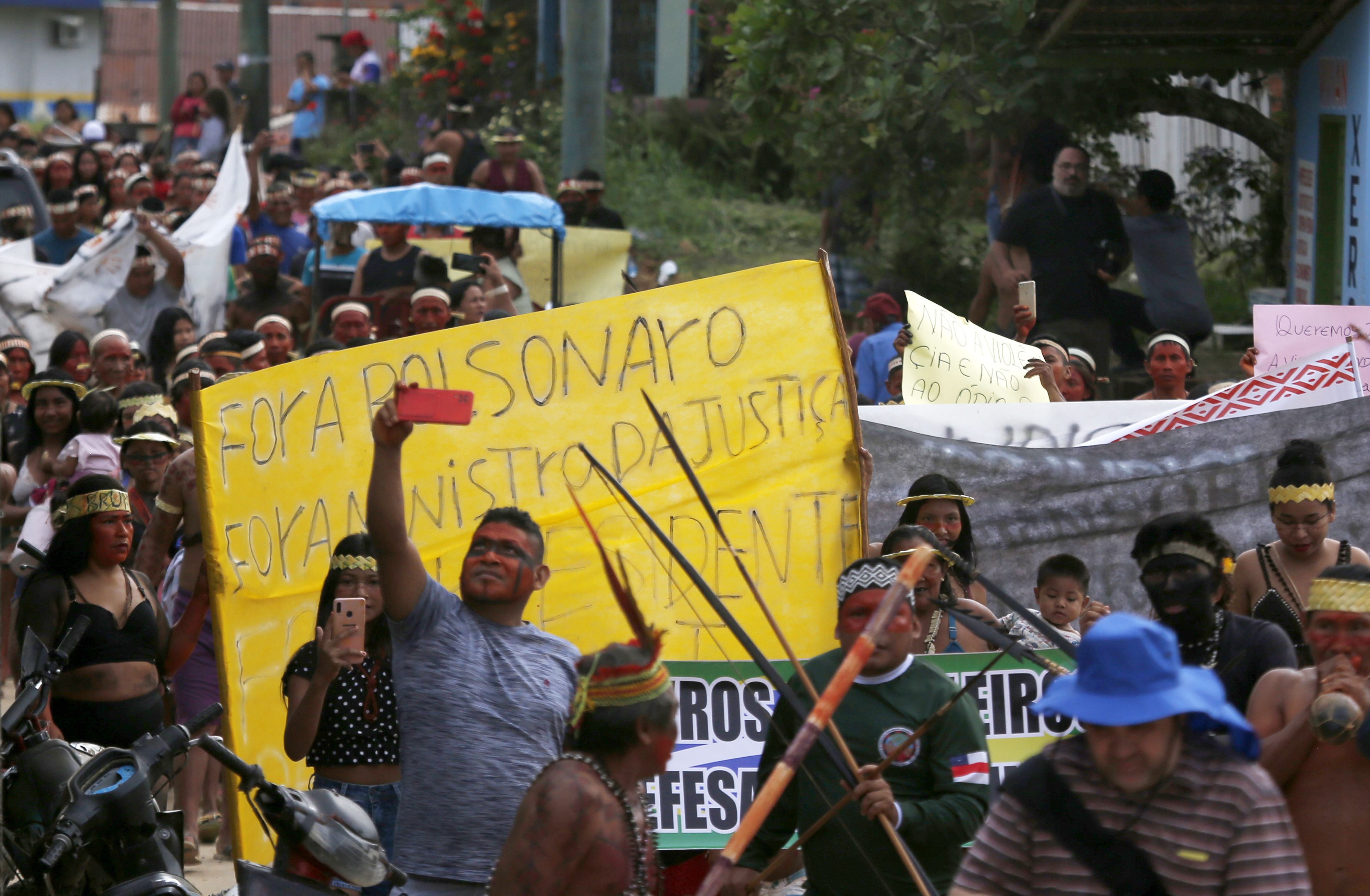 The search for an Indigenous expert and a journalist who disappeared in a remote area of Brazil’s Amazon continued Monday following the discovery of a backpack, laptop and other personal belongings submerged in a river.

The items were taken by Federal Police officers by boat to Atalaia do Norte, the closest city to the search, and police said Sunday night they had identified the items as belonging to the missing men, including a health card and clothes of Bruno Pereira, the Brazilian Indigenous expert.

The backpack, which was identified as belonging to freelance journalist Dom Phillips of Britain, was found tied to a tree that was half-submerged, a firefighter told reporters in Atalaia do Norte. It is the end of the rainy season in the region and part of the forest is flooded.

Paulo Marubo, president of local Indigenous association Univaja, for which Pereira was an adviser, told The Associated Press that search parties from the army, navy, Federal Police, Civil Defense, firefighters and Military Police were working in the area where the belongings were found.

Upon returning to Atalaia do Norte after a full day of searching Monday, a Federal Police officer told reporters they had not found either man’s body or other items.

Federal police issued a statement earlier Monday denying media reports that the two men’s bodies had been found. Last week, police recovered organic matter of apparent human origin in the river, which has been sent for analysis. They haven’t detailed what the material is, but President Jair Bolsonaro told local radio Monday that it was “human viscera.”

Police have also reported finding traces of blood in the boat of a fisherman who is under arrest as the only suspect in the disappearance.

A group of Ukrainian women is selling their nudes to fundraise for the country's forces. They've raised over $700,000 in 3 months.

Search teams had concentrated their efforts around a spot in the Itaquai river where a tarp from the boat used by the missing men was found Saturday by volunteers from the Matis Indigenous group.

“We used a little canoe to go to the shallow water. Then we found a tarp, shorts and a spoon,” one of the volunteers, Binin Beshu Matis, told the AP.

Pereira, 41, and Phillips, 57, were last seen June 5 near the entrance of the Javari Valley Indigenous Territory, which borders Peru and Colombia. They were returning alone by boat on the Itaquai to Atalaia do Norte but never arrived.

Hundreds of people from several Indigenous groups took to Atalaia do Norte’s narrow streets to protest the pair’s disappearance Monday.

With traditional garments, bows and arrows and mobile phones, they carried placards criticizing President Jair Bolsonaro, who is widely seen as an opponent of Indigenous rights.

The Javari Valley has seven known Indigenous groups — some only recently contacted, such as the Matis. The valley also has at least 11 uncontacted groups, making the region the largest concentration of isolated tribes in the world.

Officially, the Indigenous territory has a population of about 6,300 people. Many of them live in the small urban center so their children can attend non-Indigenous public schools. They also go to the city to seek …read more