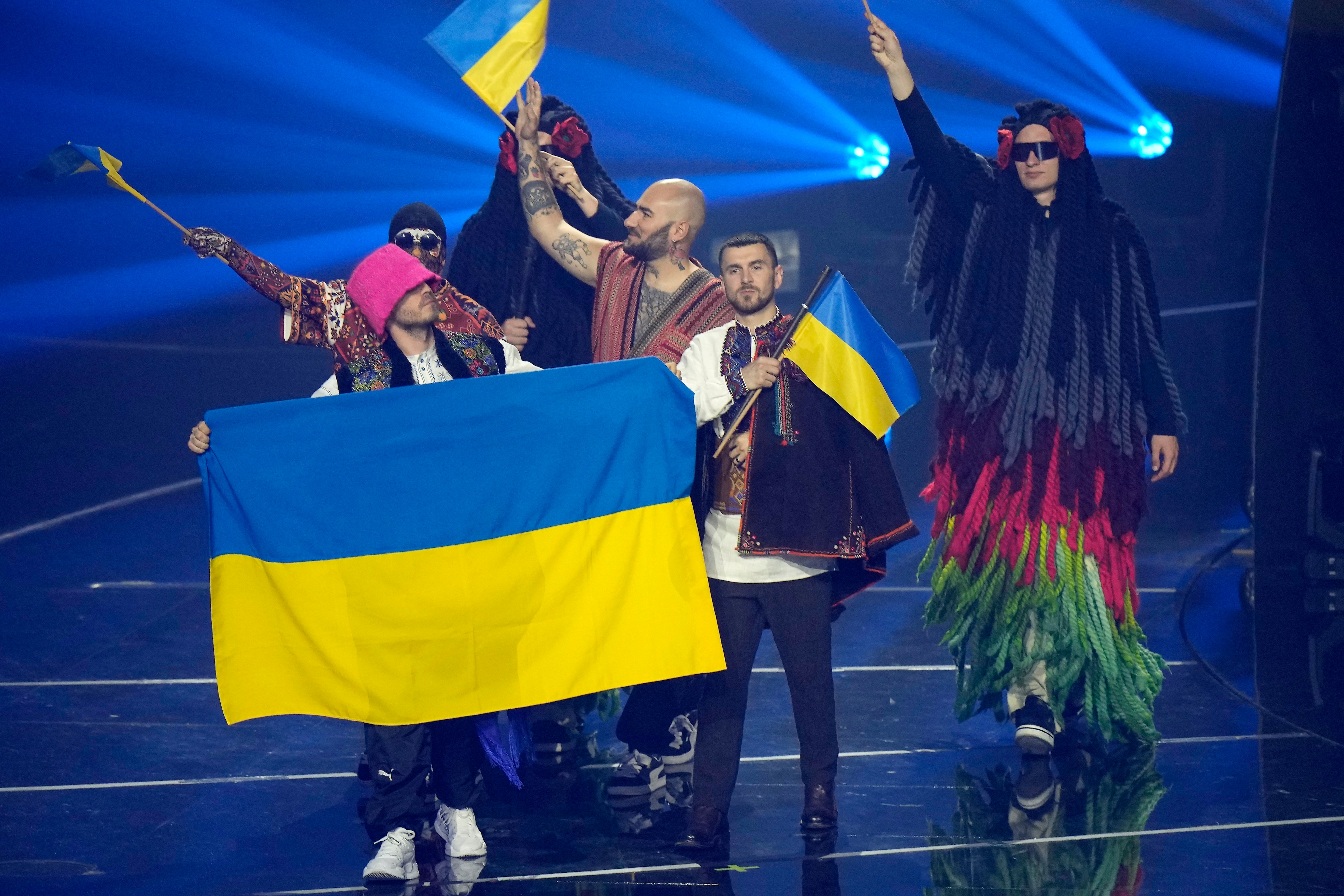 The band and its song “Stefania” beat 24 other performers early Sunday in the grand final of the competition. The public vote from home, via text message or the Eurovision app, proved decisive, lifting them above British TikTok star Sam Ryder, who led after the national juries in 40 countries cast their votes.

Ukrainian President Volodymyr Zelenskyy welcomed the victory, Ukraine’s third since its 2003 Eurovision debut. He said “we will do our best” to host next year’s contest in the devastated port city of Mariupol, which is almost completely occupied by Russian forces.

“I am sure our victorious chord in the battle with the enemy is not far off,” Zelenskyy said in a post on the Telegram messaging app.

“Help Azovstal, right now,” Psiuk implored following his victory performance, speaking from beneath a bright bucket hat that has become the band’s trademark among fans.

He later told a news conference that people can help by “spreading information, talking out this, reaching out to governments to help.”

The 439 fan votes is the highest number of televote points ever received in a Eurovision contest, now in its 66th year. Psiuk thanked the Ukrainian diaspora “and everyone around the world who voted for Ukraine. … The victory is very important to Ukraine. Especially this year.”

“Stefania” was penned by Psiuk as a tribute to his mother, but since Russia’s Feb. 24 invasion it has become an anthem to the motherland, with lyrics that pledge: “I’ll always find my way home, even if all roads are destroyed.”

Kalush Orchestra itself is a cultural project that includes folklore experts and mixes traditional folk melodies and contemporary hip hop in a purposeful defense of Ukrainian culture. That has become an even more salient point as Russia through its invasion has sought falsely to assert that Ukraine’s culture is not unique.

“We are here to show that Ukrainian culture and Ukrainian music are alive, and they have their own and very special signature,” Psuik told journalists.

The plea to free the remaining Ukrainian fighters trapped beneath the Azovstal plant by Russians served as a somber reminder that the hugely popular and at times flamboyant Eurovision song contest was being played out against the backdrop of a war on Europe’s eastern flank.

The Azov battalion, which is among the plant’s last 1,000 defenders, sent their thanks from the warren of tunnels beneath the plant, posting on Telegram: “Thank you to Kalush Orchestra for your support! Glory to Ukraine!”