Alexander: A reminder that Jonathan Quick is still a beast 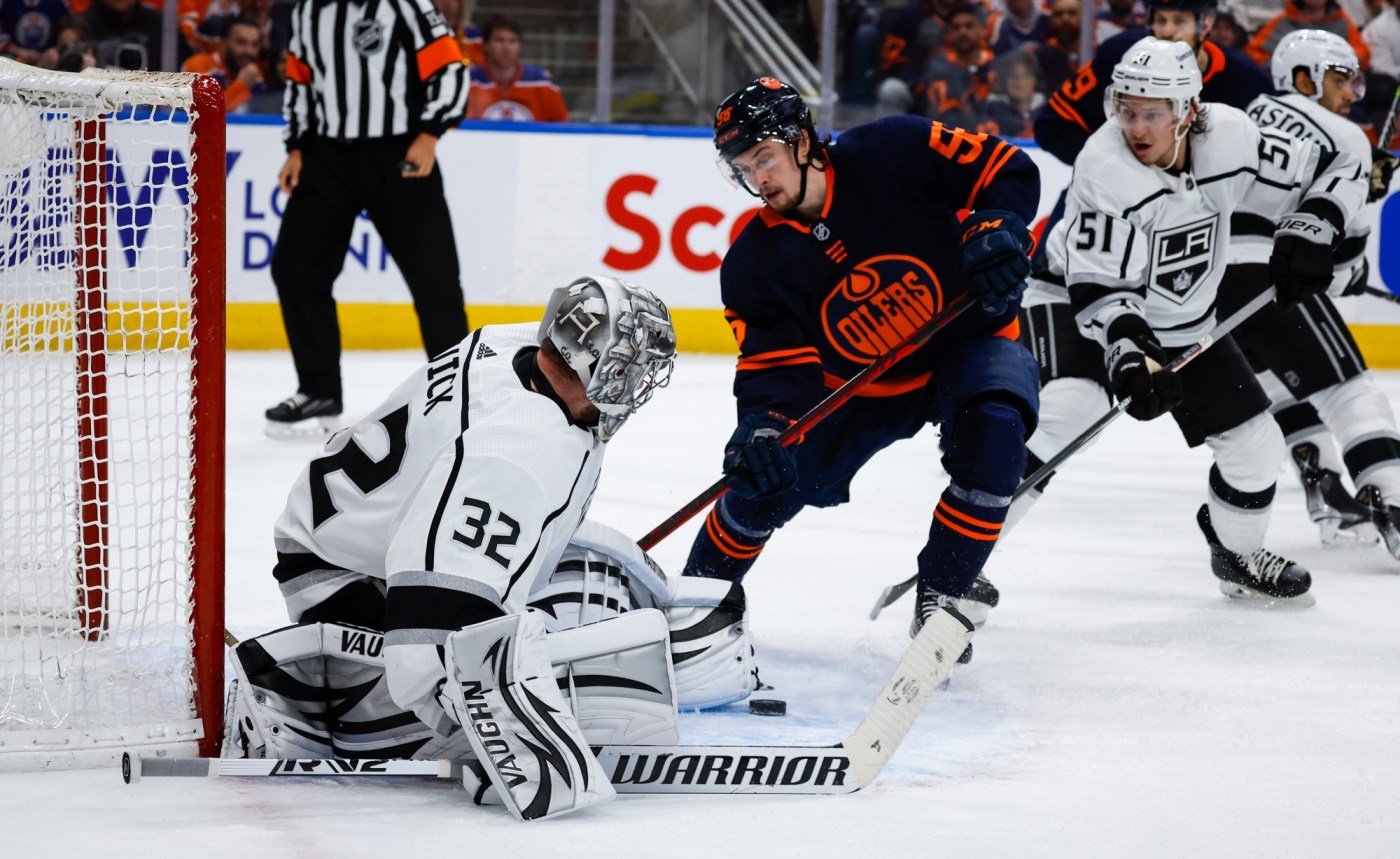 And to think those of us who were paying attention suspected a year ago that Jonathan Quick might be a member of the Seattle Kraken this season, instead of remaining a King and potentially being a playoff hero.

At the height of his career Quick was the premier money goalie in the NHL, and maybe the world. His imprint was all over the Kings’ run as one of the league’s elite teams, and in the two places where Kings’ names are etched into the Stanley Cup, his name should have been engraved in bold print.

Saturday night in Edmonton, in his first Game 7 since 2014, Quick turned back the clock. Against a determined and energized Oilers group, the Kings played rope-a-dope most of the night, unable to put together any sustained pressure in the offensive zone. Quick kept the Kings in the game – making sprawling saves, smothering rebounds, stuffing wraparound attempts, and staring down Connor McDavid, Leon Draisaitl and friends as a full house in Rogers Place howled and screamed.

Vintage Quick wasn’t enough because McDavid, the four-time scoring champion. two-time Hart Trophy winner as Most Valuable Player and a finalist for the honor again this year, earned the “M-V-P” chants from his home fans Saturday night. He set up Cody Ceci for a second-period goal from just inside the right faceoff dot, then scored the clincher with just under four minutes left on a third effort, banging in a rebound after Quick (a) stopped him on a rush and (b) denied him on a subsequent wraparound attempt.

That’s how the Kings’ unexpectedly positive season ended, a 2-0 defeat in which they had all kinds of trouble maintaining possession in the offensive zone, much less applying any sort of sustained pressure on Mike Smith.

And, granted, even though the Kings shocked most of the hockey world by extending this series to a Game 7, it wasn’t an unqualified success for Quick from start to finish. He gave up all six Oilers goals in Game 2 and was pulled for Cal Petersen after giving up the first four in the 8-2 debacle that was Game 3.

The series began to turn with a 4-0 Kings victory in Game 4 at home, Quick’s 10th career playoff shutout. That game, and then Saturday night’s performance, rekindled plenty of memories.

“I don’t even know what to say,” his coach, Todd McLellan, told reporters in Edmonton late Saturday night. “I’ve watched it from four different benches in the National Hockey League, and now I get to watch it from ours. An outstanding effort by him.

“Let’s face it, especially in the second period, we were under siege. I liked our first period. The second they got a step up on us every shift and we were receiving for almost 20 minutes straight. And Quickie played outstanding. He gave us a chance to pull the goaltender at the end. You know, I don’t know what else we can ask of him.”

Quick did not appear in the interview room at Rogers Place. That …read more