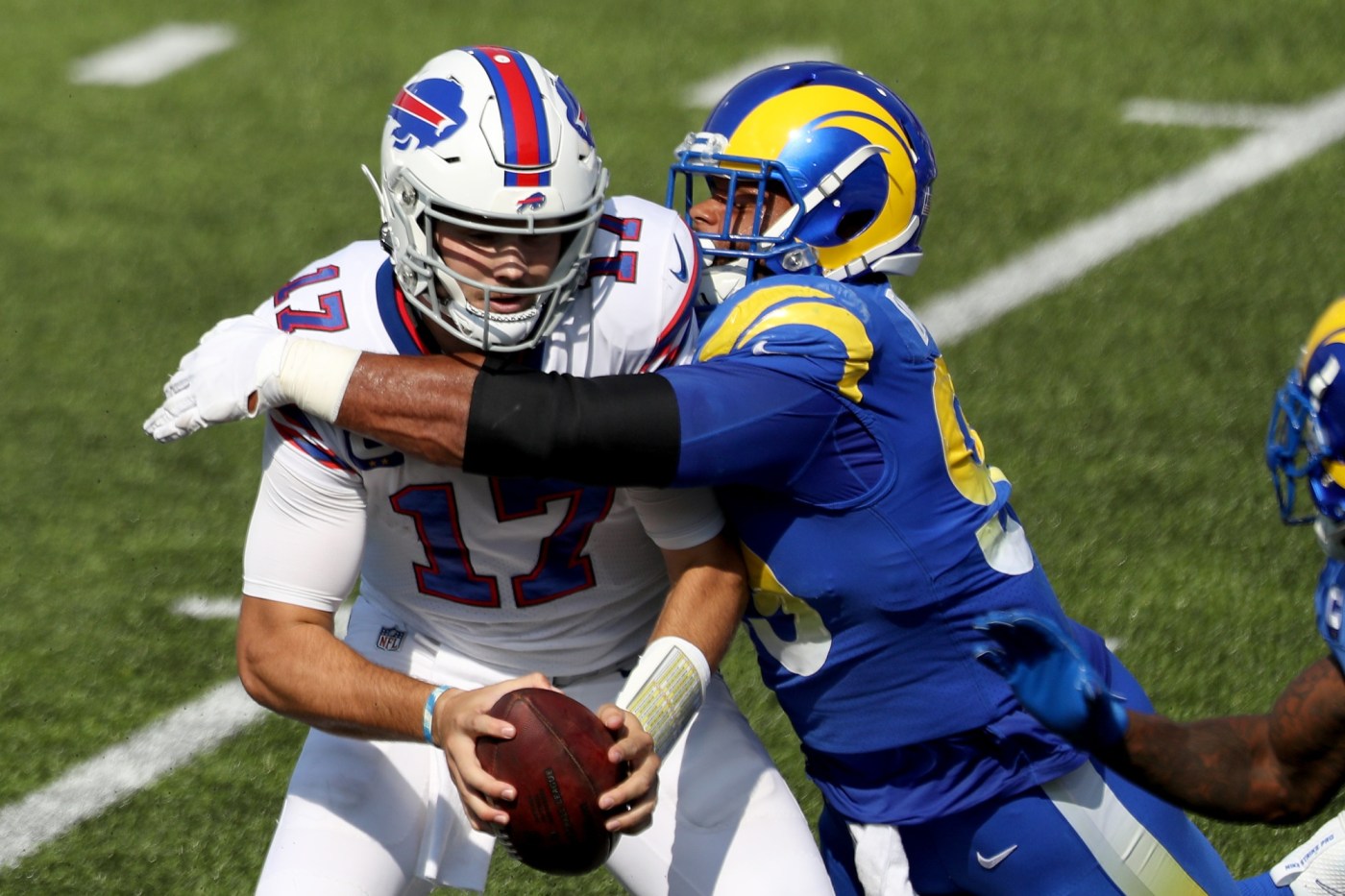 Defending a Super Bowl championship is hard. For the Rams, it looks hard from the start.

The Rams will face the Buffalo Bills at SoFi Stadium in the NFL season opener Thursday, Sept. 8, the league announced Thursday.

The 5:20 p.m. game on NBC will be an immediate test for the Rams, winners of Super Bowl LVI, and the Bills, future-betting favorites to win Super Bowl LVII.

It also will be an immediate return to the site of that Super Bowl victory for Von Miller, the outside linebacker whom the Bills signed away from the Rams as a free agent in March with a six-year, $120 million contract.

This is the second Rams game in the upcoming season to have a date and time set, following the announcement Tuesday that they’ll host the Denver Broncos on Christmas Day.

Under the NFL schedule rotation, in addition to playing NFC West opponents Arizona, San Francisco and Seattle home and away, the Rams will host Atlanta, Carolina, Dallas, Las Vegas, Buffalo and Denver, and be the road team against New Orleans, Tampa Bay, Green Bay, Kansas City and the Chargers.

The Bills, who went 11-6 in the regular season before losing to the Chiefs in the divisional round, are consensus 13-2 favorites to win the next Super Bowl.

As for the Rams, they’re fifth in the odds at 10-1 as they prepare to try to be the first Super Bowl winners to repeat since the 2003 and 2004 Patriots.

According to archives at sportsoddshistory.com, the Rams facing the Bills marks the first time Super Bowl champions start the following the season against betting favorites to win the next Super Bowl since the Ravens opened against – and lost to – the Broncos in 2013.

The Bills are favored in part because of the acquisition of Miller, the 33-year-old active NFL leader in career sacks (115 1/2).

Rams will be home for Christmas vs. Broncos and Russell Wilson

Troy Hill comes out a winner in Rams-Browns trade

A Ram for a very productive half-season following a November trade from Denver, Miller said it was hard to leave L.A. and his pass-rushing partnership with Aaron Donald, but he was drawn to Buffalo by the prospect of being “part of something special.”