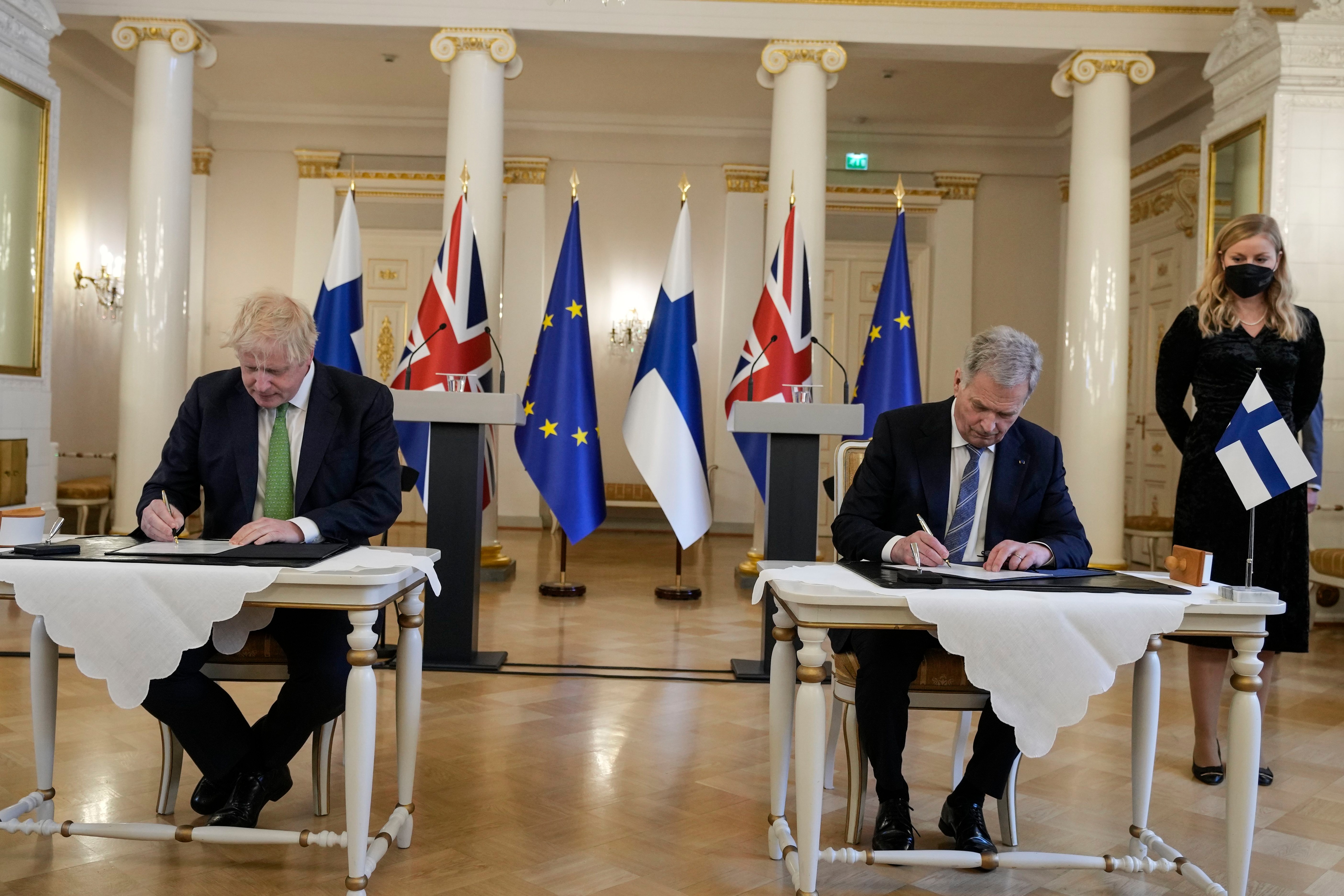 MOSCOW — A top Russian official says that there is a growing threat of the fighting in Ukraine spilling into a direct conflict between Russia and NATO.

Dmitry Medvedev, the deputy head of Russia’s Security Council chaired by President Vladimir Putin, said Thursday that growing Western arms supplies to Ukraine and training for its troops have “increased the probability that an ongoing proxy war will turn into an open and direct conflict between NATO and Russia.”

He added that “there is always a risk of such conflict turning into a full-scale nuclear war, a scenario that will be catastrophic for all.”

Medvedev, who served as Russia’s placeholder president in 2008-2012 while Putin shifted into the prime minister’s seat to observe term limits, has become increasingly hawkish in his statements in recent months.

In a messaging app commentary, Medvedev urged the U.S. and its allies to think about the possible consequences of their actions and “not to choke on their own saliva in the paroxysms of Russophobia.”

KEY DEVELOPMENTS IN THE RUSSIA-UKRAINE WAR:

— Finland’s leaders in favor of applying for NATO membership

— Japan, EU agree to raise efforts on Russia, in Indo-Pacific

— ‘ This tears my soul apart’: A Ukrainian boy and a killing

— Protesters vent fury at French company for staying in Russia

— Ukrainian circus comes to town, and stays in Italy, amid war

— Follow all AP stories on Russia’s war on Ukraine at https://apnews.com/hub/russia-ukraine

The Ministry of Defense says Russia’s focus on the Donbas region of eastern Ukraine had left its remaining troops around the city of Kharkiv “vulnerable to the mobile, and highly motivated, Ukrainian counter-attacking force.”

US, SKorea open to expanded military drills to deter North

Kharkiv, Ukraine’s second-largest city, has suffered heavy Russian bombardment during the war as Russia sought to encircle it. But the U.K. said in an intelligence update on social media that “it has reportedly withdrawn units from the region to reorganize and replenish its forces following heavy losses.”

It said that withdrawal was “a tacit recognition of Russia’s inability to capture key Ukrainian cities where they expected limited resistance from the population.”

HELSINKI — Finland’s president and prime minister say they’re in favor of applying for NATO membership, paving the way for the alliance to expand in response to Russia’s war in Ukraine.

The announcement by President Sauli Niinisto and Prime Minister Sanna Marin on Thursday means Finland is virtually certain to seek NATO membership though a few steps remain before the application process can begin.

Neighboring Sweden is expected to decide on joining NATO in coming days.

Niinisto and Marin said in a joint statement: “As a member of NATO, Finland would strengthen the entire defense alliance.”

They said that Finland must apply for NATO membership without delay, adding: “We hope that the national steps still needed to make this decision will be taken rapidly within the next few days.”