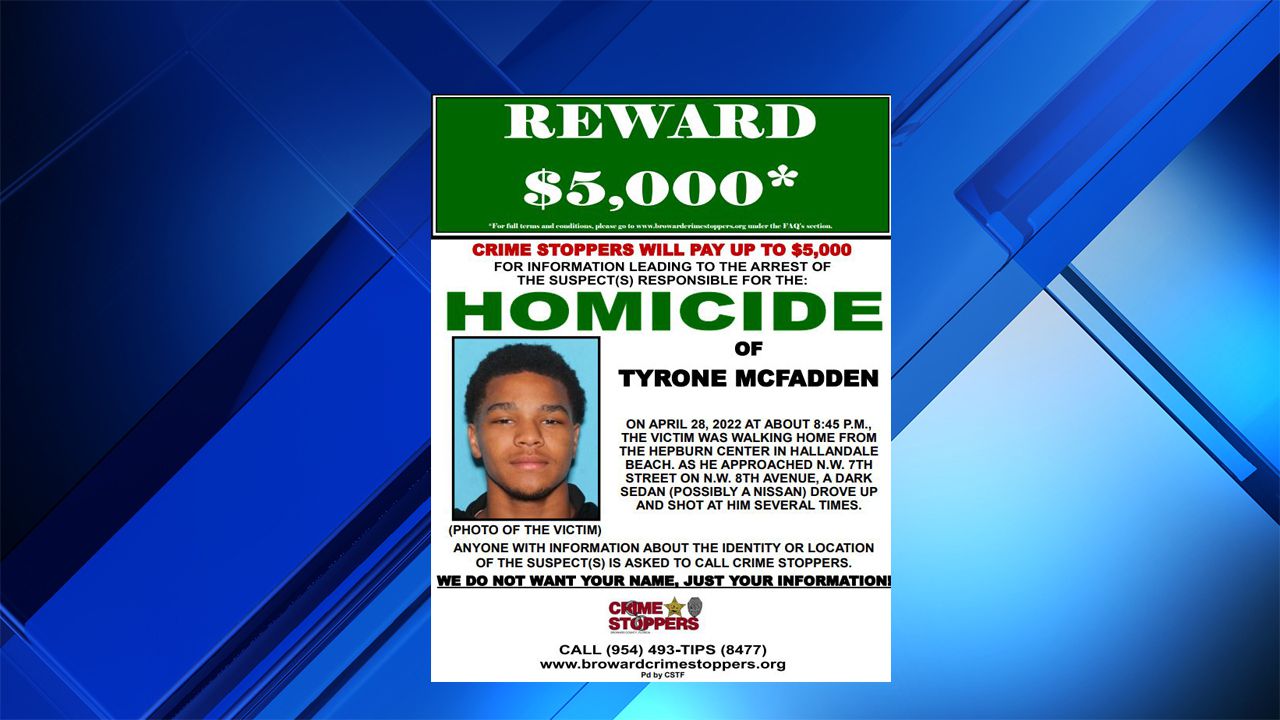 Tyrone McFadden, 22, was shot and killed on April 28 when he was walking home from the Hepburn Center in Hallandale Beach and his killer has yet to be found.

Police say that a black car, possibly a Nissan, drove up to McFadden and someone inside opened fire on him as he was approaching Northwest Seventh Avenue.

Hallandale Beach police put out a flyer offering a $5,000 reward for any information on the suspect that leads to an arrest.

McFadden’s father, Tyrone McFadden Sr., is devastated by the loss of his son.

“He (was) walking home and he was gunned down in cold blood. I wake up every day and it doesn’t seem real,” McFadden Sr. said.

McFadden Sr. told Local 10 that his son was a volunteer at the Hallandale Beach Police Athletic League and was the assistant basketball coach.

“Great kid always with a smile just heartbreaking. He grew up in the program and now wanted to give back,” a member of the program, Flagg said.

PAL is a national organization that police departments use to create connections between law enforcement and communities through sports.

McFadden is hoping the police will find the person who murdered his son.

“Please, please let somebody know. You (don’t) have to give your name — let them know what happened,” McFadden said.

Anyone with information is urged to contact Broward Crime Stoppers at 954-493-TIPS.