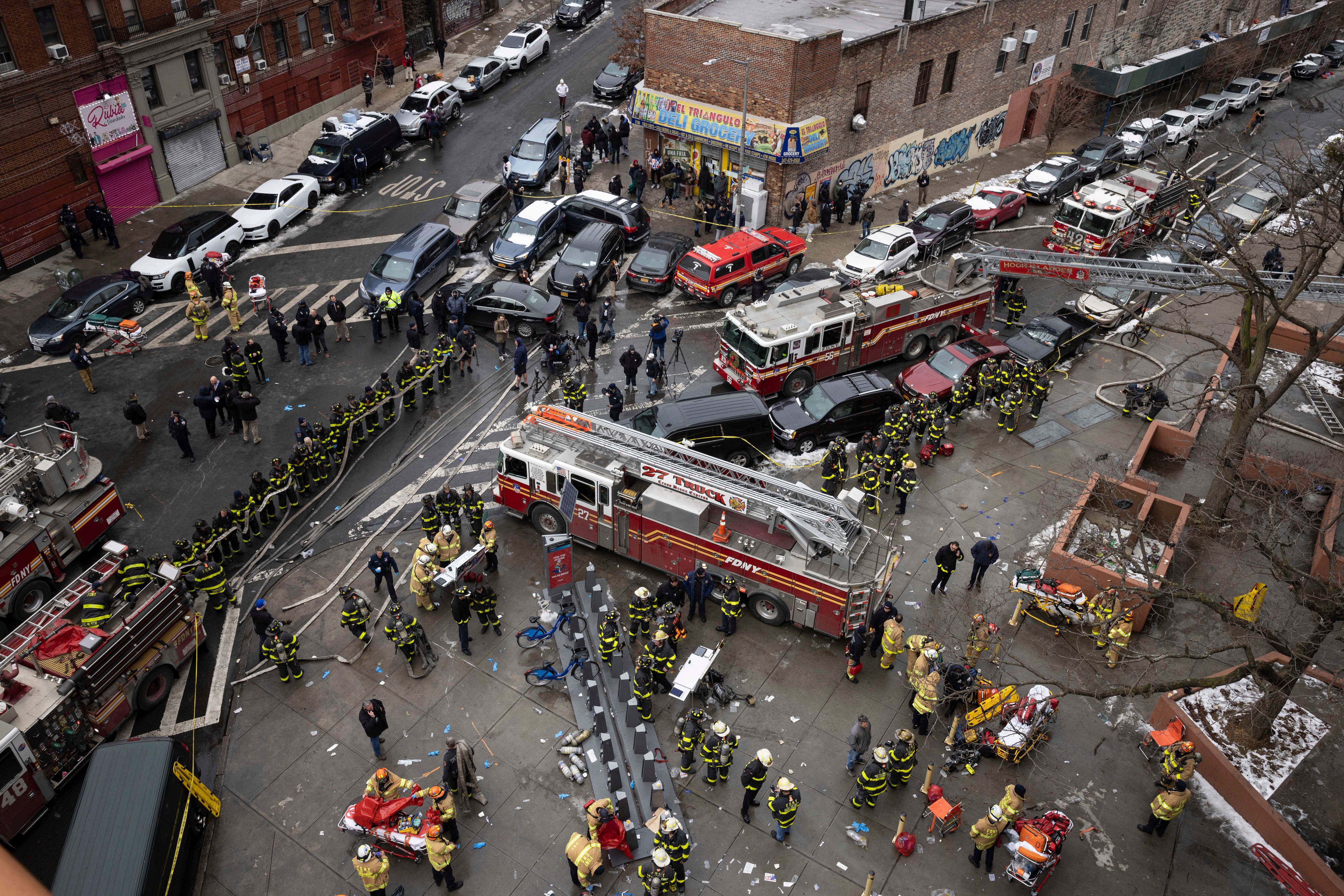 Investigators sought answers Monday for why safety doors failed to close when fire broke out in a New York high-rise, allowing thick smoke to rise through the tower and kill 17 people, including eight children, in the city’s deadliest blaze in more than three decades.

A malfunctioning electric space heater apparently started the fire Sunday in the 19-story building in the Bronx, fire officials said. The flames damaged only a small part of the building, but smoke poured through the apartment’s open door and turned stairwells into dark, ash-choked death traps. The stairs were the only method of escape in a tower too tall for fire escapes.

The heavy smoke blocked some residents from escaping and incapacitated others as they tried to flee, fire officials said. Victims, many in cardiac and respiratory arrest, were found on every one floor. Firefighters carried out limp children and gave them oxygen and continued making rescues even after their air supplies ran out.

Glenn Corbett, a fire science professor at John Jay College in New York City, said closed doors are vital to containing fire and smoke, especially in buildings that do not have automatic sprinkler systems.

“It’s pretty remarkable that the failure of one door could lead to how many deaths we had here, but that’s the reality of it,” Corbett said. “That one door played a critical role in allowing the fire to spread and the smoke and heat to spread vertically through the building.”

Dozens of people were hospitalized, including several in critical condition. Mayor Eric Adams called it an “unspeakable tragedy” at a news conference near the scene Monday.

“This tragedy is not going to define us,” Adams said. “It is going to show our resiliency.”

Adams lowered the death toll from an initial report Sunday, saying that two fewer people were killed than originally thought. Nigro said patients were taken to seven hospitals and “there was a bit of a double count.”

An investigation was underway to determine how the fire spread and whether anything could have been done to prevent or contain the blaze, Nigro said.

A fire department official said the space heater had been running for a “prolonged period” before the fire began. What caused it to malfunction remains under investigation, spokesman Frank Dwyer said. Fire then spread quickly to nearby furniture and bedding, Dwyer said.

Nigro said the heat was on in the building before the fire started, and the space heater was being used to supplement it.

But Stefan Beauvogui, who lived with his wife in the building for about seven years, said cold was an ongoing problem in his …read more