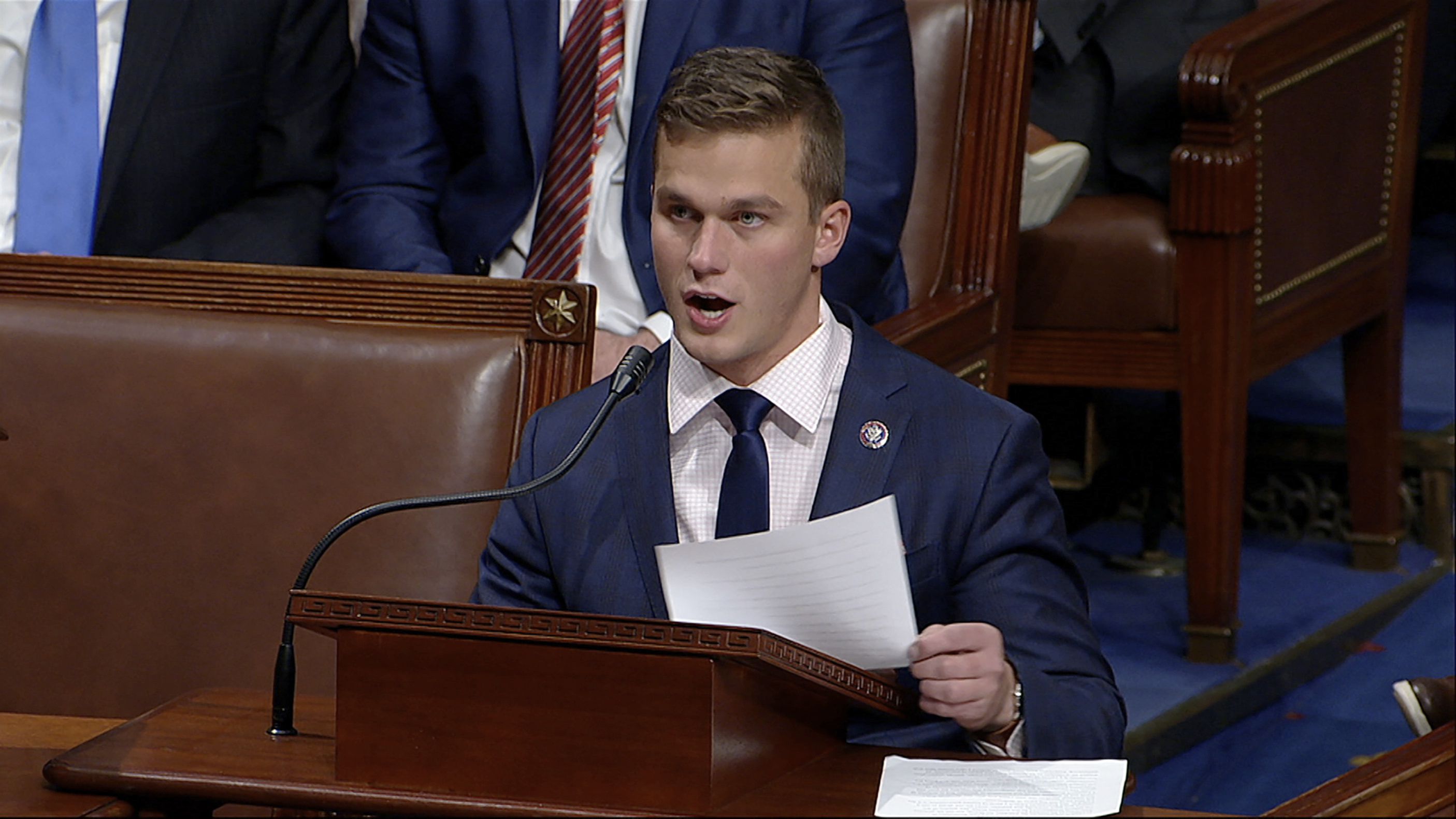 A group of North Carolina voters urged state officials Monday to disqualify U.S. Rep. Madison Cawthorn as a congressional candidate, citing his participation in a rally last January in Washington that questioned the presidential election outcome and preceded the Capitol riot.

Cawthorn’s office quickly condemned the candidacy challenge, filed on behalf of 11 voters before the State Board of Elections, which oversees the scrutiny of candidates’ qualifications. The voters contend that Cawthorn, a Republican who formally filed as a candidate for the 13th District seat last month, can’t run because he fails to comply with an amendment in the U.S. Constitution ratified shortly after the Civil War.

The 14th Amendment says no one can serve in Congress “who, having previously taken an oath, as a member of Congress . . . to support the Constitution of the United States, shall have engaged in insurrection or rebellion against the same.”

The written challenge says events on Jan. 6, 2021 “amounted to an insurrection” and that Cawthorn’s speech at the rally supporting then-President Donald Trump, his other comments and information in published reports provide a “reasonable suspicion or belief” that he helped facilitate the insurrection.

“The importance of defending the bedrock constitutional principle that oath breakers who engage in insurrection cannot be trusted in future office is essential to maintain,” said Ron Fein, legal director of Free Speech for People, a national election and campaign finance reform group backing the challenge.

He told The Associated Press the Cawthorn challenge will be the first of many his group intends to file against other members of Congress associated with the insurrection. Free Speech for People and the group Our Revolution announced last week that it would urge state election administrators to bar Trump and members of Congress from appearing on future ballots

The “leading national precedent” for such cases was created in 1869 by the North Carolina Supreme Court, which described the meaning of “engage” when it comes to a disqualifying act of insurrection or rebellion under the 14th Amendment, the filing states.

State law says Cawthorn has the burden to “show by a preponderance of the evidence” that he’s qualified to run.

In response, Cawthorn spokesperson Luke Ball pointed out that “over 245,000 patriots from western North Carolina elected Congressman Cawthorn to serve them in Washington” — a reference to his November 2020 victory in the current 11th District.

Now “a dozen activists who are comically misinterpreting and twisting the 14th Amendment for political gain will not distract him from that service,” Ball wrote in an email.

The state board scheduled a meeting Wednesday to create a five-member panel or panels from counties within the proposed 13th District required to hear the challenge. The ruling by such a panel can be appealed to the state board and later to an appeals court. Three of the five state board members are Democrats.

Cawthorn, 26, became the youngest member of Congress after his November 2020 election in the far-western 11th District. A social media favorite of Trump supporter