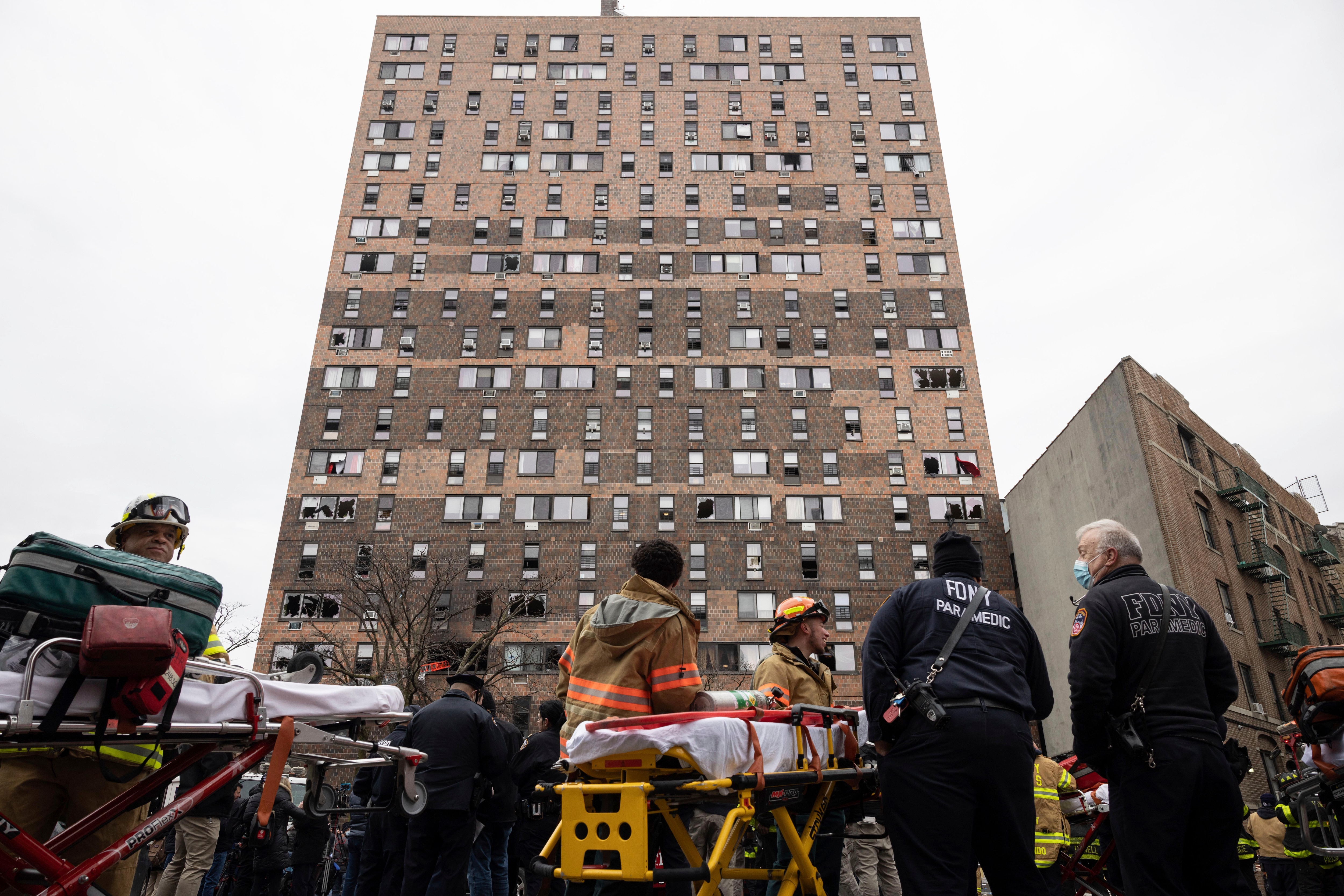 Fire Commissioner Daniel Nigro said the fire “started in a malfunctioning electric space heater” in an apartment unit spanning the second and third floors of the 19-story building. The door of the apartment was left open, allowing smoke to quickly spread throughout the building, Nigro said.

Some residents, trapped in their apartments, broke windows for air and stuffed wet towels under their doors. One man rescued by firefighters said he’d become numb to fire alarms because of frequent false alarms.

Some residents “could not escape because of the volume of smoke,” Nigro said.

Stefan Ringel, a senior adviser to Mayor Eric Adams, said the children killed were 16 years old or younger. Many of the building’s residents were originally from the West African nation of Gambia, Adams said, and there was a large Muslim community.

Adams called the toll “horrific.” Firefighters “found victims on every floor and were taking them out in cardiac and respiratory arrest,” Nigro said, calling it “unprecedented.”

Approximately 200 firefighters responded to the building on East 181st Street around 11 a.m. Sunday.

News photographers captured images of firefighters entering the upper floors of the burning building on a ladder, multiple limp children being given oxygen after they were carried out and evacuees with faces covered in soot.

Building resident Luis Rosa said he was awakened Sunday by a fire alarm, but dismissed it at first, thinking it was one of the building’s periodic false alarms.

But when a notification popped up on his phone, he and his mother began to worry. By then, smoke began wafting into his 13th-floor apartment and he heard sirens in the distance.

He opened the front door, but the smoke had gotten too thick for an escape, he said.

Another resident, Vernessa Cunningham said she raced home from church after getting an alert on her cellphone that the building was on fire.

“I couldn’t believe what I was seeing. I was in shock,” Cunningham, 60, said from a nearby school where some residents gathered. “I could see my apartment. The windows were all busted out. And I could see flames coming from the back of the building.”

The 120-unit building in the Twin Parks North West complex was built in 1973 as part of a project to build modern, affordable housing in the Bronx.

The drab brown building looms over an intersection of smaller, aging brick buildings overlooking Webster Avenue, one of the Bronx’s main thoroughfares.