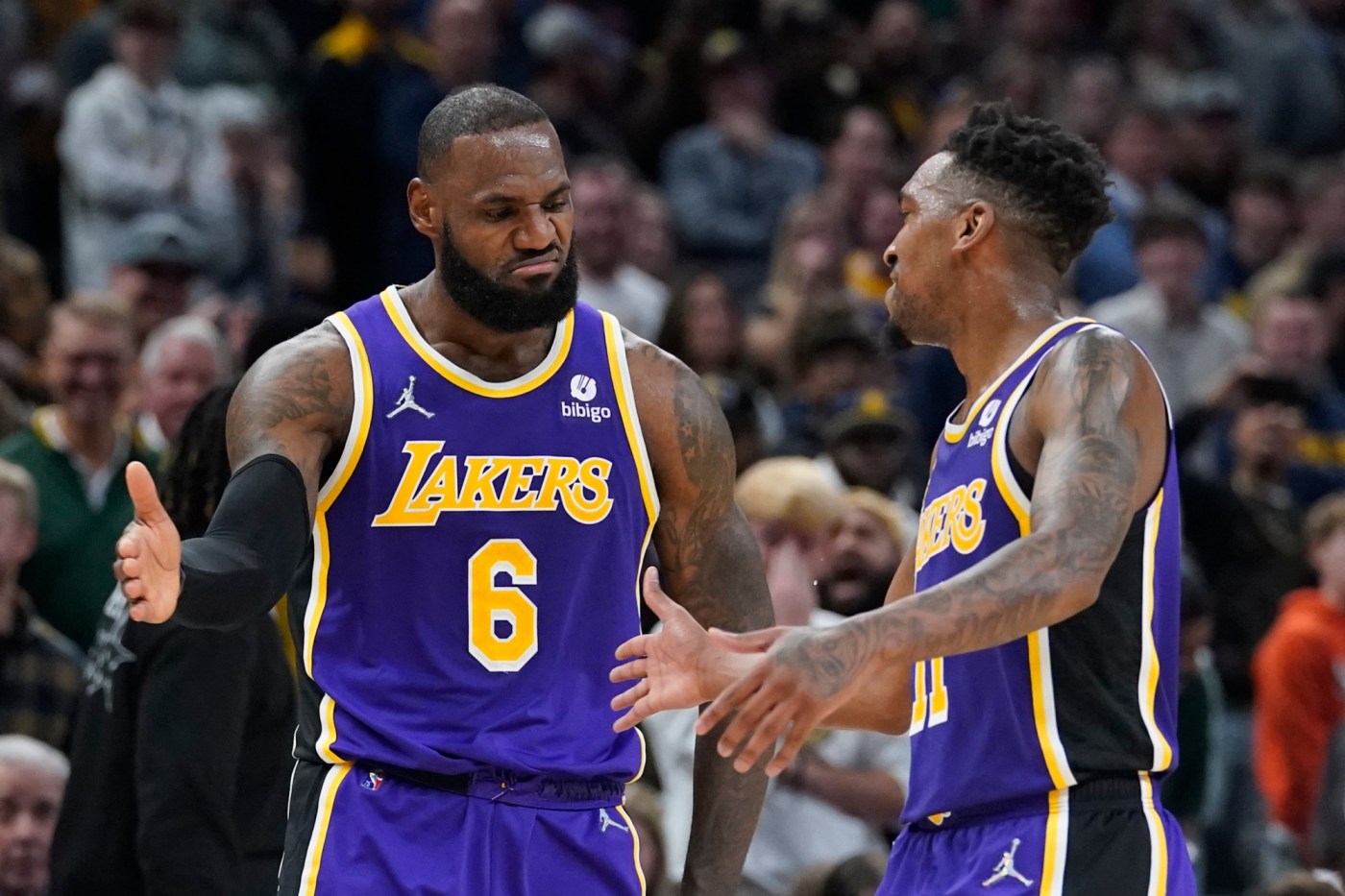 INDIANAPOLIS — It’s not much of a surprise, but LeBron James would not have suspended LeBron James.

Yes, the 36-year-old four-time MVP said on Wednesday, he understood why he was ejected on Sunday night against the Detroit Pistons. But did his closed fist strike of Isaiah Stewart — which he called “accidental” — merit his first career suspension? He thinks not.

“I definitely am not that type of player, so I hate to see that, what escalated after that,” he said. “I thought it warranted an ejection because of what happened after that. … But a suspension, I didn’t think it was warranted. But the league made that call and we’re here today.”

After leading the Lakers with 39 points in an overtime win over Indiana on Wednesday evening, James was able to speak for the first time about his suspension, which just happened to fall on the Lakers’ annual visit to the New York Knicks and Madison Square Garden. The Garden is a special venue for James, who has said it is his favorite place to play.

James recounted his own version of his scuffle with Stewart, saying he was attempting to deliver a “swim move” to his arm as he jostled him in the lane. James thought Stewart lost his balance as they jockeyed for position, putting his face in the arc of James’ blow.

As he told his side, James pointed to a bandage on his own right brow — the result of a scratch from Domantas Sabonis that drew a flagrant foul in the second half of Wednesday’s game: “Just like the Sabonis play tonight — an accidental hit to the eye.”

'A black Black Friday': Here's what analysts are saying as global stocks plunge on fears about new COVID variant

The Lakers have a Sunday game against the Pistons, and Stewart will have returned from his two-game suspension by then. James said he has not spoken to the 21-year-old since the incident.

James admitted he was upset about the decision, referring to it as “bull (expletive)” to ESPN. But with the Lakers mired in a losing stretch and staring down a possible 1-4 road trip, he knew there wasn’t much time to stew about it. The urgency only kicked up when he found out Anthony Davis wouldn’t be able to play against the Pacers.

Even though James had a brilliant game, it was not without its own drama. In the overtime period, officials ended up ejecting two courtside fans after James pointed them out. It was unclear what was said, but James insinuated that the fans had crossed the lines of conduct.

“It’s the difference between cheering on your home faithful, booing opponents and things …read more