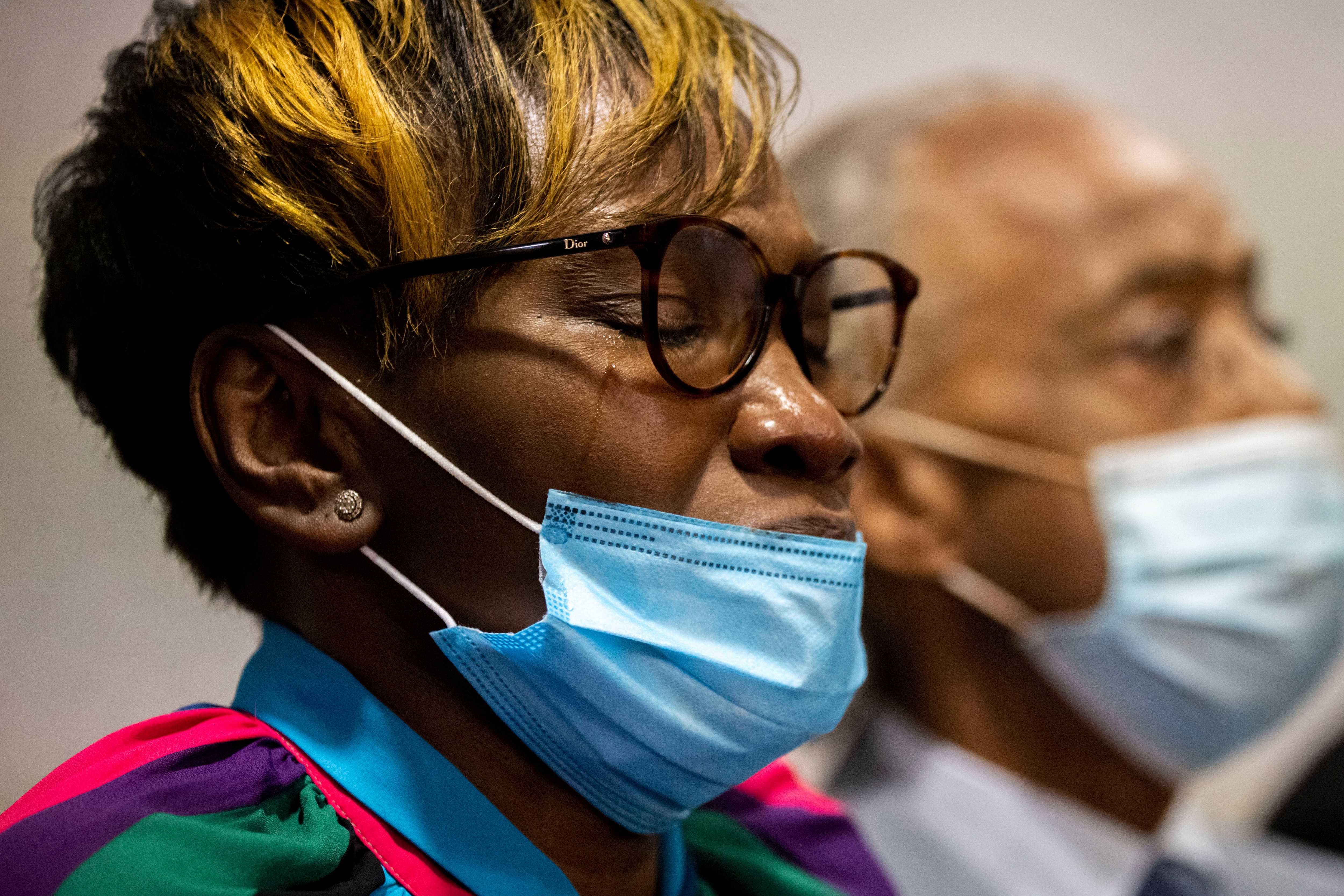 But there will still be an empty chair at the family’s celebrations. It is a reminder that while she feels justice was served when the three white men who helped shoot her son were convicted Wednesday for cornering and killing him as he ran through a coastal Georgia neighborhood, she will never be made whole again because her son is gone.

“This is the second Thanksgiving we’ve had without Ahmaud. But at the same time I’m thankful. This is the first Thanksgiving we are saying we got justice for Ahmaud,” Arbery’s mother, Wanda Cooper-Jones, told The Associated Press in an interview Thursday.

The three white men who chased and killed Arbery in Brunswick in February 2020 were all convicted of murder Wednesday. They cornered Arbery after finding out he had been seen on a surveillance camera at a nearby house under construction and wanted to question him about recent burglaries in the area.

Arbery ran through the neighborhood and other areas near his home to clear his head. He had nothing in his hands and ran from the men for five minutes before one of them shot three times at him at close range with a shotgun. The men face life in prison when they are sentenced later and a federal hate crimes trial for them is scheduled for February.

Cooper-Jones said after the verdicts were read Wednesday, she thought of her son’s supporters at the Glynn County courthouse every day who shouted “Justice for Ahmaud!”

“I finally got a chance to come out of those courtroom doors and say, we did it, we did it together,” Cooper-Jones said.

Sitting beside Cooper-Jones as she heard the judge read out guilty 23 times was the mother of Ronald Greene, a Louisiana man who died in 2019 after he was beaten and put in a chokehold by state troopers after a high speed chase. Troopers said Greene suffered his injuries in a crash, but his doctors reported that didn’t appear to be true. A federal civil rights investigation into Greene’s death continues.

In the days after her son was killed. Cooper-Jones got a call from the mother of Trayvon Martin, an unarmed Black teen killed by a man who successfully claimed self-defense during his murder trial after confronting Martin as he walked in his gated community. Martin was visiting relatives.

She also spoke with the mother of Breonna Taylor. Taylor was killed by Louisville, Kentucky, police who burst into her home without knocking while serving a warrant during a drug operation. Taylor’s boyfriend fired on the group. The officers were not charged in her death.

Other mothers who have lost sons and daughters to racial violence or in police shootings also reached out. Cooper-Jones calls them a sorority.

“We come together. We share our experience and we grow together,” she said.

Cooper-Jones spent the past six weeks away from home, since jury selection started Oct. 18. She moved away …read more