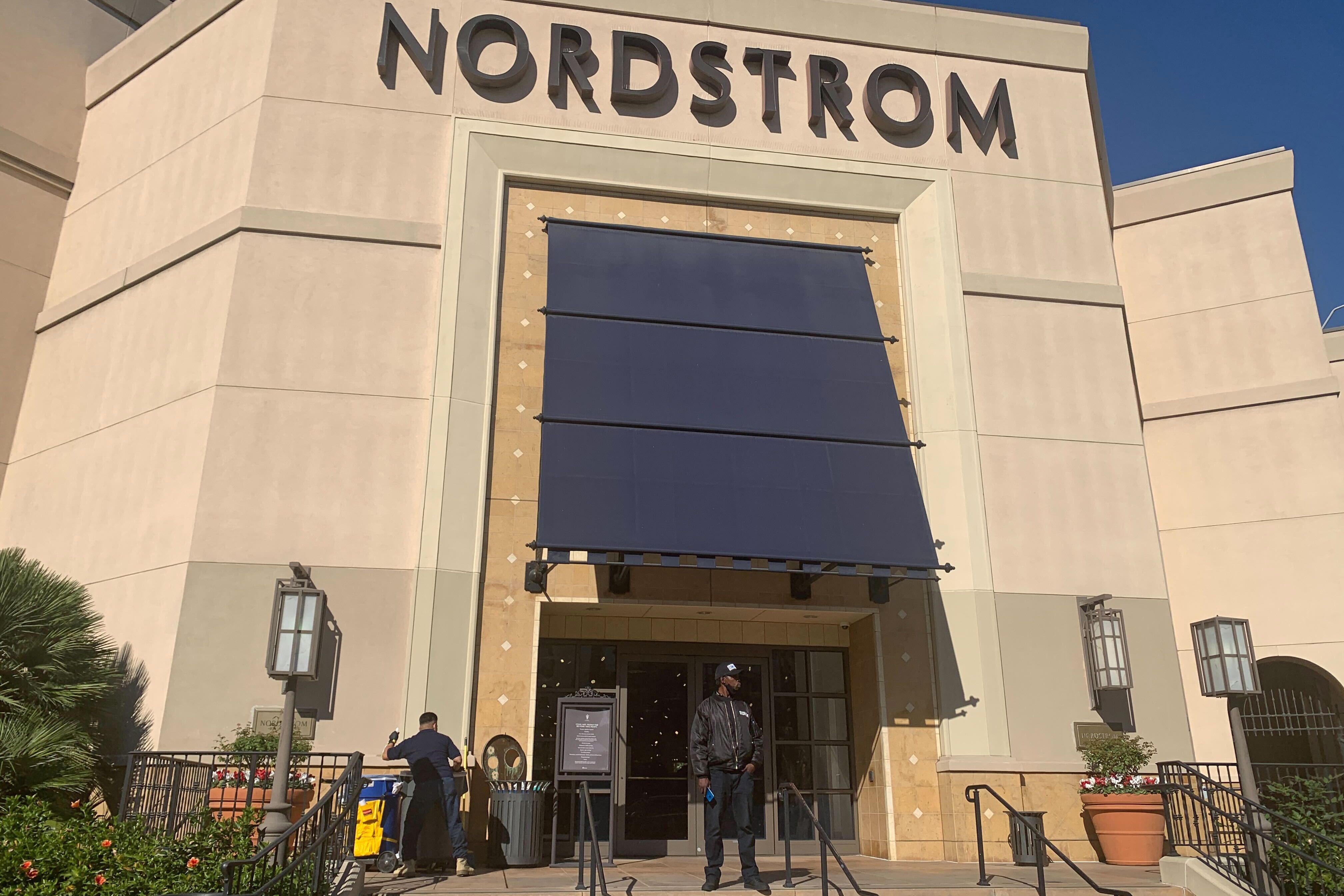 A group of thieves smashed windows at a department store at a luxury mall in Los Angeles, triggering a police pursuit just days after high-end stores throughout the San Francisco Bay Area were targeted.

The latest incident in a national trend of smash-and-grab crimes targeted a Nordstrom store at The Grove retail and entertainment complex. It came as the country’s largest consumer electronics chain said that an increase in organized theft was taking a toll on its bottom line.

Workers covered a large broken window at the Nordstrom with black plywood on Tuesday morning as security guards and shoppers alike came in and out of the store.

The thieves struck around 10:40 p.m. Monday, said Officer Drake Madison, a Los Angeles Police Department spokesman. Officers pursued an SUV involved in the crime and the chase ended with three people taken into custody, he said. The number of people involved in the crime was not known, Madison said.

The Grove incident followed a weekend of similar brazen thefts in the San Francisco Bay Area and Beverly Hills in which groups of people, some carrying crowbars and hammers, ransacked high-end stores and stole jewelry, sunglasses, suitcases, clothing and other merchandise before fleeing in waiting cars.

The thefts are believed to be part of sophisticated criminal networks that recruit mainly young people to steal merchandise in stores throughout the country and then sell it in online marketplaces. Experts and law enforcement officials say the thefts are ratcheting up as the holiday shopping season gets underway.

The National Retail Federation said a recent survey found stores are seeing an increase in organized thefts and perpetrators being more aggressive.

The electronics chain Best Buy on Tuesday cited organized theft as one of the reasons for a decline in gross profit margin in the third quarter.

“We are definitely seeing more and more particularly organized retail crime and incidents of shrink in our locations,” Best Buy CEO Corie Barry told analysts during a conference call Tuesday. “This is a real issue that hurts and scares real people.”

Barry told reporters during a separate call that the company is seeing organized theft increase across the country, but particularly in San Francisco. She said the company is hiring security guards and working with its vendors on creative ways to stage the product.

Yet loss prevention agents and security guards are generally trained not to engage with thieves, said mall and retail security expert David Levenberg. They are not trained or equipped to pursue or subdue suspects and the likelihood of violence is too great; instead they are supposed to “observe and report.”

“The value of the merchandise is not worth somebody being injured or killed,” he said.

Workplace security expert Hector Alvarez said retailers need to think about how to manage their customers while a smash-and-grab theft is underway. Stores have an obligation to keep their shoppers safe during these events, he said, like they would if a fire occurred.

Customers should not intervene or confront the thieves, he said, but focus on being a good …read more