Jury awards $26M in damages for Unite the Right violence 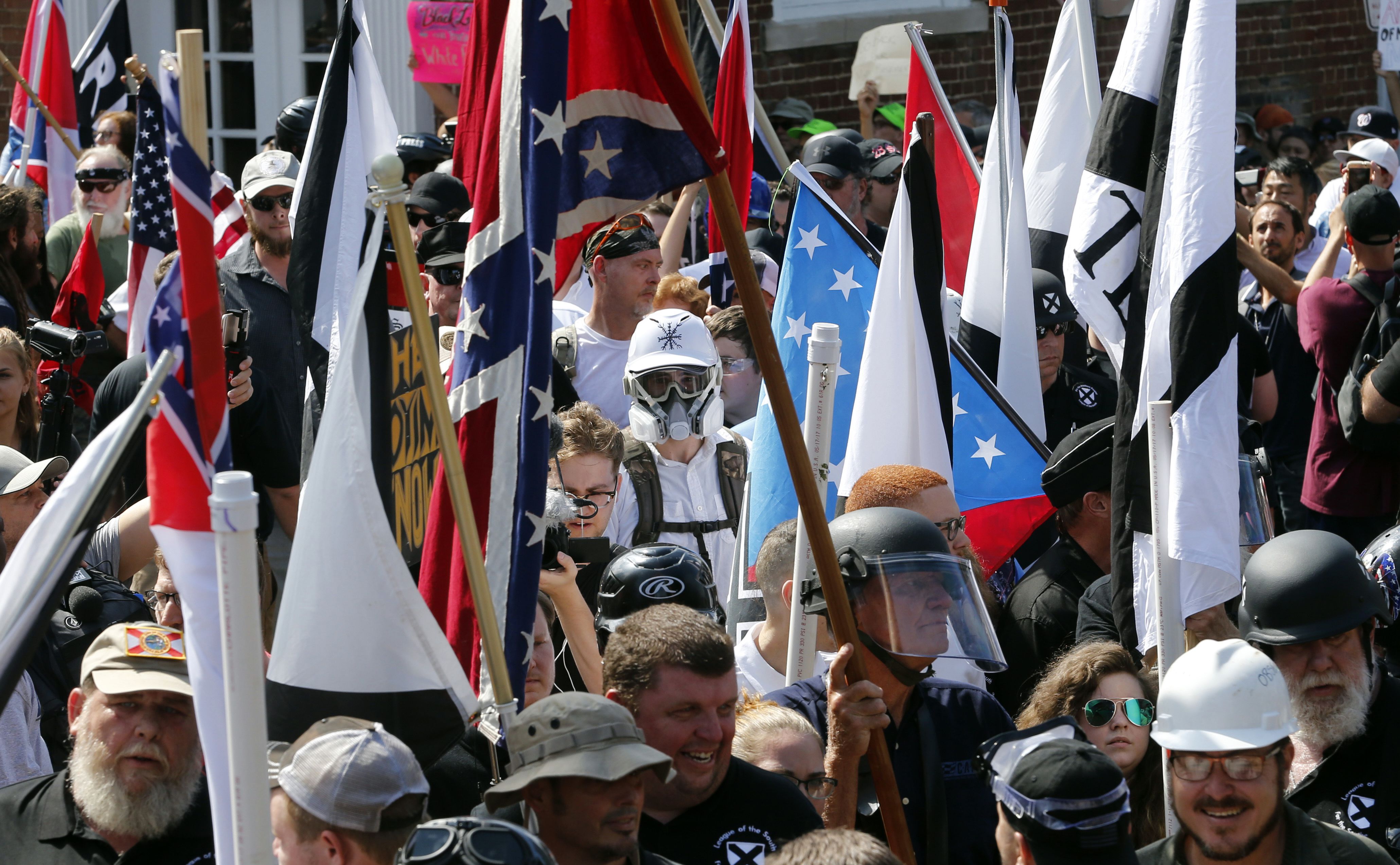 A jury ordered 17 white nationalist leaders and organizations to pay more than $26 million in damages Tuesday over the violence that erupted during the deadly 2017 Unite the Right rally in Charlottesville in 2017.

After a nearly monthlong civil trial, the jury in U.S. District Court deadlocked on two key claims but found the white nationalists liable on four other claims in the lawsuit filed by nine people who suffered physical or emotional injuries during the two days of demonstrations.

Attorney Roberta Kaplan said the plaintiffs’ lawyers plan to refile the suit so a new jury can decide the two deadlocked claims. She called the amount of damages awarded from the others counts “eye opening”

The verdict, though mixed, is a rebuke to the white nationalist movement, particularly for the two dozen individuals and organizations accused in a federal lawsuit of orchestrating violence against African Americans, Jews and others in a meticulously planned conspiracy.

He said plaintiffs’ attorneys made it clear before the trial that they wanted to use the case to bankrupt him and other defendants.

“It was activism by means of lawsuits, and that is absolutely outrageous,” he said. “I’m doing fine right now because I had kind of accepted in my heart the worst that could happen. I had hope, of course, but I’m not terribly surprised or crestfallen.”

Jurors were unable to reach unanimous verdicts on two pivotal claims based on a 150-year-old federal law passed after the Civil War to shield freed slaves from violence and protect their civil rights. The Ku Klux Klan Act contains a rarely used provision that allows private citizens to sue other citizens for civil rights violations.

Under those claims, the plaintiffs asked the jury to find that the defendants engaged in a conspiracy to commit racially motivated violence and that they knew about the conspiracy but failed to stop it from being carried out. Jurors could not agree on those claims.

The final two claims were made against James Alex Fields Jr., an avowed Hitler admirer who intentionally drove his car into a crowd of counterprotesters, killing one woman and injuring 19. The jury found Fields, who is serving life in prison for murder and hate crimes, liable on an assault or battery claim and awarded six plaintiffs just under $6.8 million in damages. The jury awarded the same plaintiffs nearly $6.7 million on a claim that Fields intentionally inflicted emotional distress on them.