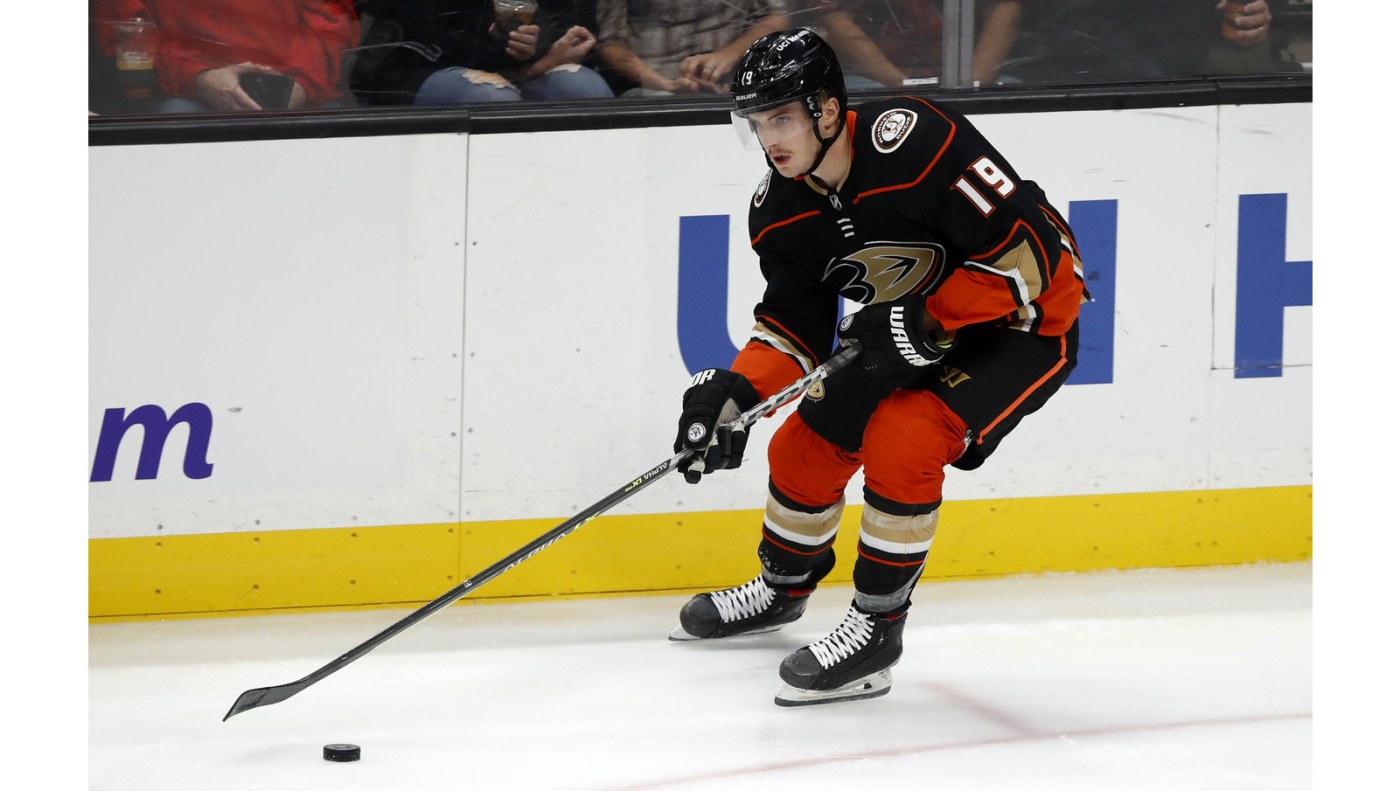 The Ducks have made no secret of their demands of their youngest, least-experienced players to accept more responsibility as the franchise’s rebuilding efforts continue. They’re not talking strictly about scoring or setting up more goals or playing more minutes, either.

The coaching and management staffs want more of what Troy Terry spoke of after his 16-game scoring streak, the third-longest in Ducks history, ended during a 3-2 loss to the Nashville Predators on Monday. They want more accountability, more leadership, more investment.

Terry certainly wasn’t just along for the ride during his streak, when he had 12 goals and 10 assists and moved among the league leaders in scoring. But he said rather pointedly late Monday that he expected more from himself during the Ducks’ second straight defeat.

“I’ve got to be a guy to bring the energy to this team,” he said while analyzing the Ducks’ sluggish start in that game, when they trailed 1-0 and spent four consecutive minutes killing off back-to-back penalties in the first period and didn’t get back to their sound game plan until the third.

“I don’t know what it was, but it felt like it was a little challenging to get our energy going, to get our game going, and that’s on us to make sure we have it,” Terry said in an extended postgame evaluation. “I don’t know if it’s tougher because we had those (three days off), and I include myself in that.”

Ducks coach Dallas Eakins, when relayed Terry’s comments, said Tuesday they were “music to all of our ears.”

“It’s the evolution of a player,” Eakins said. “He’s our leading point-getter and he’s turned into a 200-foot player and with that comes great responsibility. Troy fully understands. He’s not just an accessory. Most of these guys don’t want to be accessories. They want to be the suit, not the belt.”

The Ducks welcomed back Rickard Rakell to their lineup on Monday after a 10-game layoff because of a left shoulder injury suffered when he attempted to throw a check in an overtime loss to the Buffalo Sabres on Oct. 28. Rakell responded with a second-period goal against Nashville.

“He does so much for our team on both ends of the ice,” Terry said of Rakell, who has five goals in nine games this season. “We have been scoring goals in this little stretch. (Monday), I felt like we lost some of those mechanics that we had when we were scoring goals. It was a night when we didn’t have it.

“Ricky, on any given night, he can score a big one for us. That’s why it was exciting for us. We proved we can score and he’s obviously, arguably, our best scorer. We’re so excited to have him back. Now, we’ve got to get back to doing the things we were doing without him.

“If we can add him to the mix, it’s exciting where we can go.”