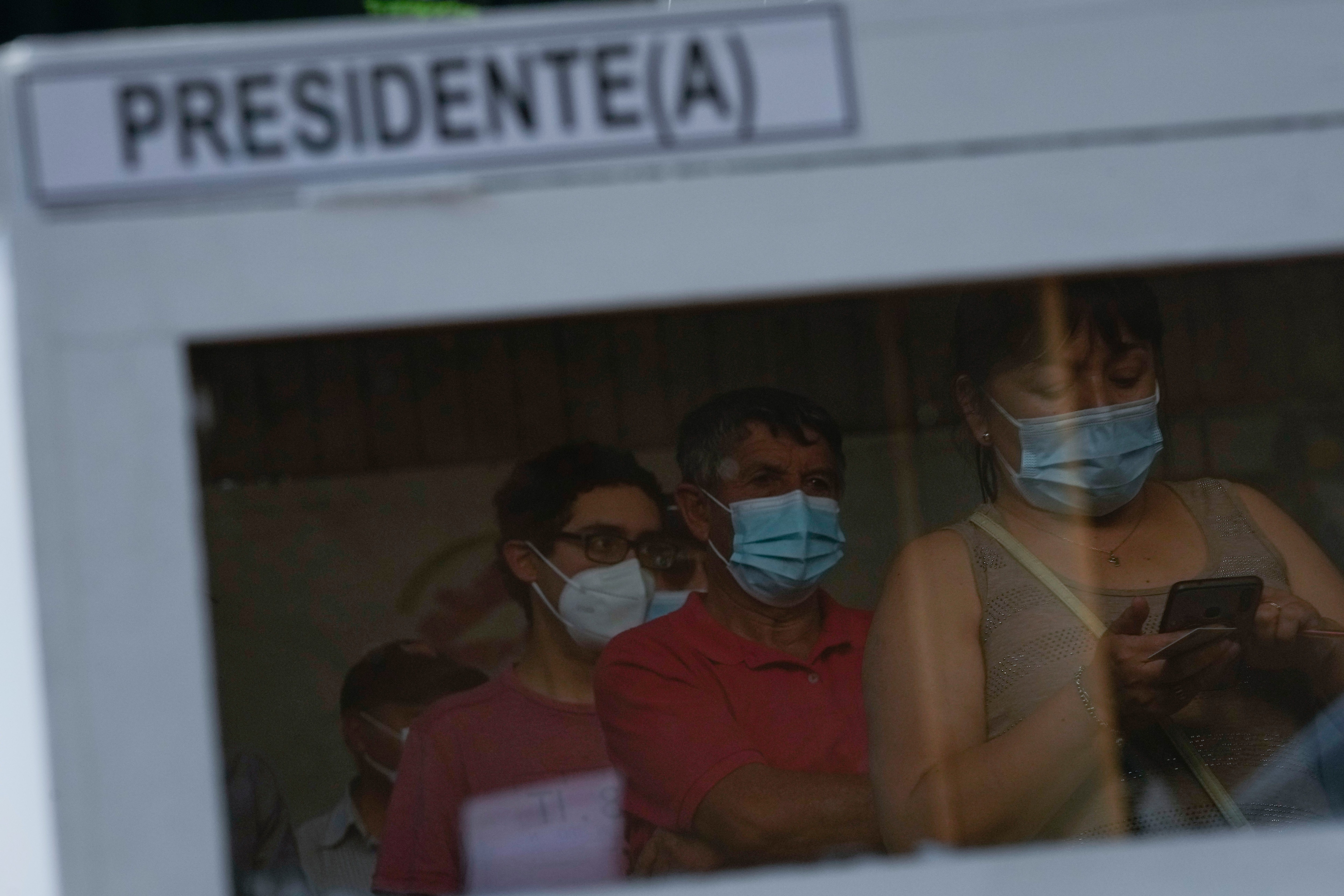 With almost 11% of polling centers reporting results, far right lawmaker José Antonio Kast had 29% support compared to 24% for former student protest leader Gabriel Boric. A candidate who ran virtually from the U.S. without stepping foot in Chile led the pack of five other candidates trailing far behind. If no candidate secures a 50% majority, the two top finishers will compete in a Dec. 19 runoff.

Pre-election polls point to a large number of undecided voters but consistently have favored Boric and Kast. Also up for grabs is Chile’s entire 155-seat lower house of Congress and about half the Senate.

Boric, 35, would become Chile’s youngest modern president. He was among several student activists elected to Congress in 2014 after leading protests for higher quality education. Running as the head of a broad alliance that includes Chile’s Communist Party, if elected he says he will raise taxes on the “super rich” to expand social services and boost protections of the environment.

He’s also vowed to eliminate the country’s private pension system — one of the hallmarks of the free market reforms imposed in the 1980s by Gen. Augusto Pinochet’s dictatorship.

Kast, 55, from the newly formed Republican Party, emerged from the far right fringe after having won less than 8% of the vote in 2017 as an independent. But he’s been steadily rising in the polls this time with a divisive discourse emphasizing conservative family values as well as attacking migrants — many from Haiti and Venezuela — he blames for crime.

A fervent Roman Catholic and father of nine, Kast has also taken aim at the outgoing President Sebastian Pinera for allegedly betraying the economic legacy of Pinochet, which his brother helped implement as the dictator’s central bank president.

Whoever wins will take over a country in the grips of major change but uncertain of its future course after decades of centrist reforms that largely left untouched Pinochet’s economic model.

Turnout appeared to be heavy on Sunday, with several polling stations having to remain open after 6 p.m. to accommodate late voters still in line.

“There are more people than other times because we’re all tired of this,” said 55-year-old Marie Arias, who waited in a long line to vote.

Teresa Mardones, 60, said she usually has voted for the left, “but the uncertainty Chile is experiencing has forced me to vote for Kast.”

But Francisco Venegas, 50, said he had gone for Boric because “we have to change everything and take a risk.”

Pinera’s decision to hike subway fares in 2019 sparked months of massive protests that quickly spiraled into a nationwide clamor for more accessible public services and exposed the crumbling foundations of Chile’s “economic miracle.”

Gravely weakened by the unrest, Pinera begrudgingly agreed to a plebiscite on rewriting the Pinochet-era constitution. In May, the assembly charged with …read more