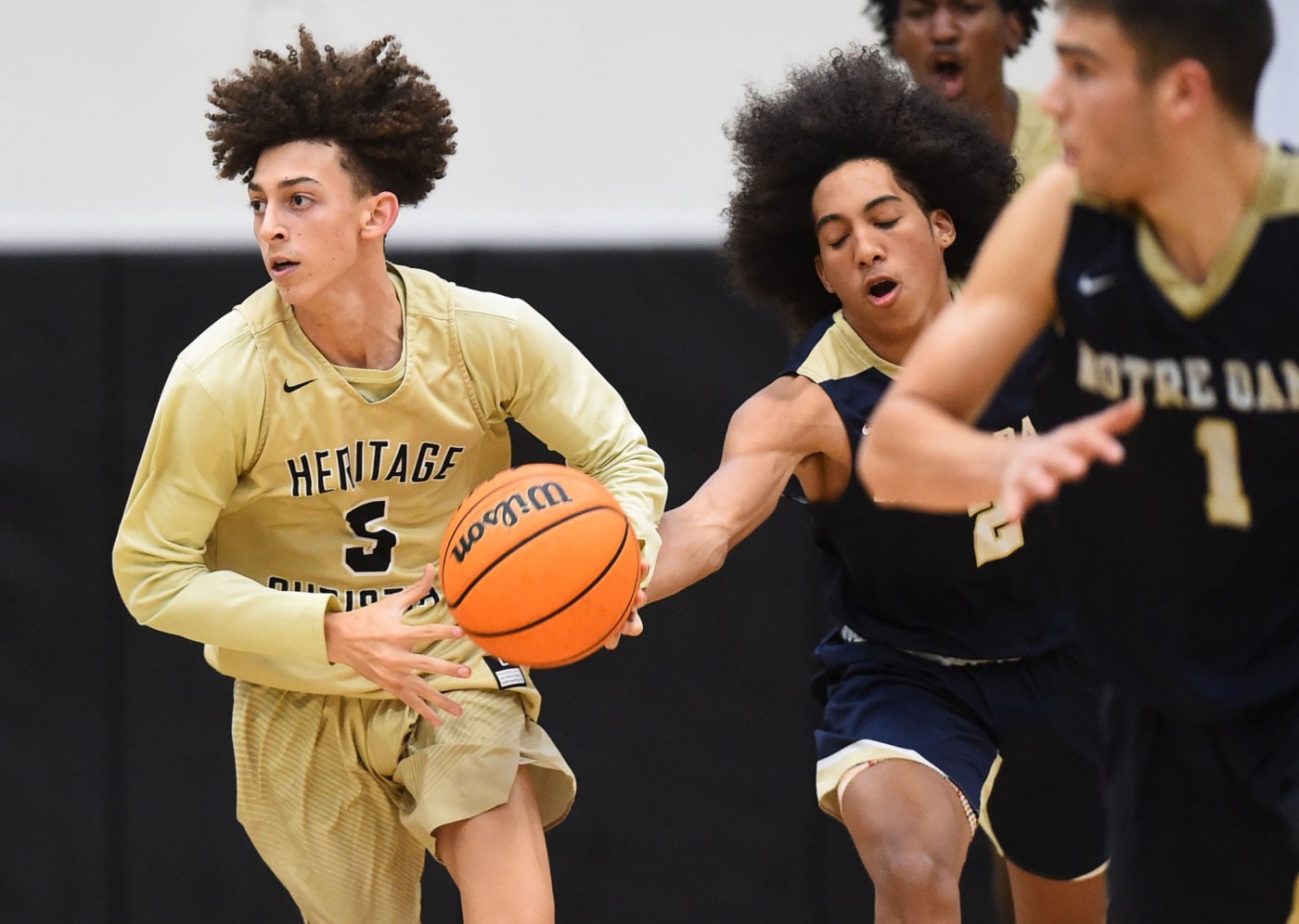 1. Sierra Canyon (3-0): The Trailblazers won all three games in San Diego, including Saturday’s 51-46 win over St. Augustine with no Amari Bailey (injured). Sierra Canyon learned Ribet Academy transfer Mike Price is eligible to play this season earlier in the week, but did not play in San Diego.

2. Harvard-Westlake (3-0): Landon Lewis, Jacob Huggins and Brady Dunlap have the Wolverines looking good early. This team is going to be an Open Division team again.

3. Notre Dame (2-1): Ben Shtolzberg and Dusty Stromer are the 1-2 punch everyone knows about, but the x-factor is sophomore forward Jayden Harper. Harper scored a team-high 15 points in the Knights’ win over Heritage Christian earlier this week.

4. Heritage Christian (2-1): The Warriors lost to Notre Dame, but bounced back with a nice win over San Diego San Marcos Saturday night, 61-40. Barrington Hargress is a very good offensive player.

Jayden Harper. Hoop and the harm.

5. Taft (2-0): The Toreadors have made themselves LA City Section Open Division front runners after wins over Windward and St. Paul. Keyon Kensie Jr. and Isaiah Lewis are going to be hard to stop. Both are only juniors.

6. West Ranch (0-0): The Wildcats haven’t played a game yet, and won’t have their season opener until after the Thanksgiving holiday against Canyon on Nov. 30.

8. Village Christian (4-0): The Crusaders won the Cantwell-Sacred Heart Tournament Saturday with a win over Cajon. They also beat St. Francis along the way.

9. Santa Clarita Christian (3-1): The Cardinals lost in the Providence Tournament final Saturday to Loyola, but are showing early signs of a strong team once again. Brothers Max and Jaden Tengan are new players from Northern Calirfornia.

10. St. Francis (2-1): The Golden Knights drop from No. 7 after a one-point loss to Village Christian in a tournament semifinal. But the three-headed monster of Buckley DeJardin, Jake Goldberg and point guard Jackson Mosley is not to be taken lightly.