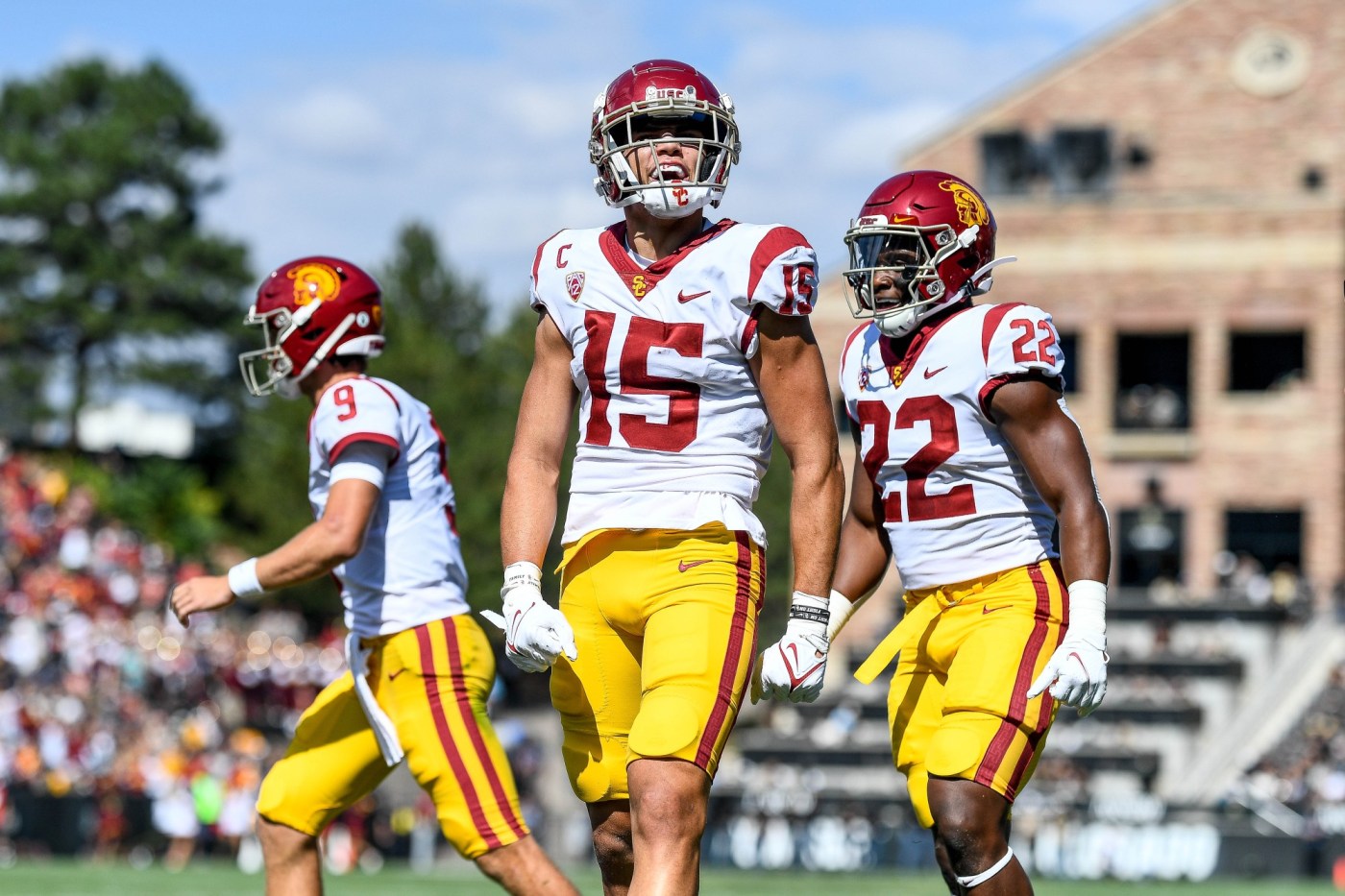 On Monday, 10 semifinalists were announced for the Biletnikoff Award, given annually to college football’s top pass catcher. Among the nominated receivers and tight ends was USC’s Drake London, whose 2021 campaign came to an abrupt end three weeks ago.

London was in the middle of scintillating season that was making him a favorite to win the Biletnikoff: 88 receptions and 1,084 yards, including 460 after the catch, for an average of 12.3 yards per reception.

But as he made his seventh and final touchdown reception in the second quarter against Arizona, London’s right cleat got caught in the turf as he spun into the end zone. He pounded on the field in agony after suffering what would later be diagnosed as a season-ending ankle fracture.

So while London was an easy choice to be a Biletnikoff semifinalist, the decision on his eight-game season becomes more difficult as voters narrow the list down to three finalists, with ballots due Sunday.

In speaking to voters this week, there was a mixed response on how to handle London’s Biletnikoff candidacy. While no voter had a hard-and-fast rule about how many games must be played to be considered for a national award, most agreed around 10 was enough for a full résumé. No player has won the Biletnikoff without playing in 10 games.

Some voters were more lenient, though.

“Most schools play FCS games and I don’t consider those stats,” The Oregonian‘s James Crepea said. “The maximum number of games is 15, so eight is still more than half a season and thus statistically relevant to me.”

Where London does make his case still is in his per-game statistics. He is second nationally behind only Western Kentucky’s Jerreth Sterns with 11.0 receptions per game. And London sits third behind Utah State’s Deven Thompkins and Sterns in receiving yards per game with 135.5.

Still, there was a consensus that London was behind the eight-ball because his credentials are etched in stone, while others can continue to build theirs.

“I feel badly for Drake getting injured in the midst of such a great season. I’ll have to weigh how others do in the final weeks vs. the body of work he put up, but I think he’s in a situation similar to Tua Tagovailoa in 2019 when he was injured in the ninth game,” Sports Illustrated‘s Pat Forde said. “That cost him a chance at being a Heisman finalist. … Durability is part of the game and has to be factored into awards, in my opinion.”

“At the moment, I still compare him with everyone else because the games are almost even,” The Athletic‘s Chris Vannini said. “But with each week of not seeing him, he kind of falls out of mind.”

In the week leading up to his injury, London was second nationally with 1,003 receiving yards and 11.3 receptions per game. He fell to third in receiving yards after playing only one half against Arizona.