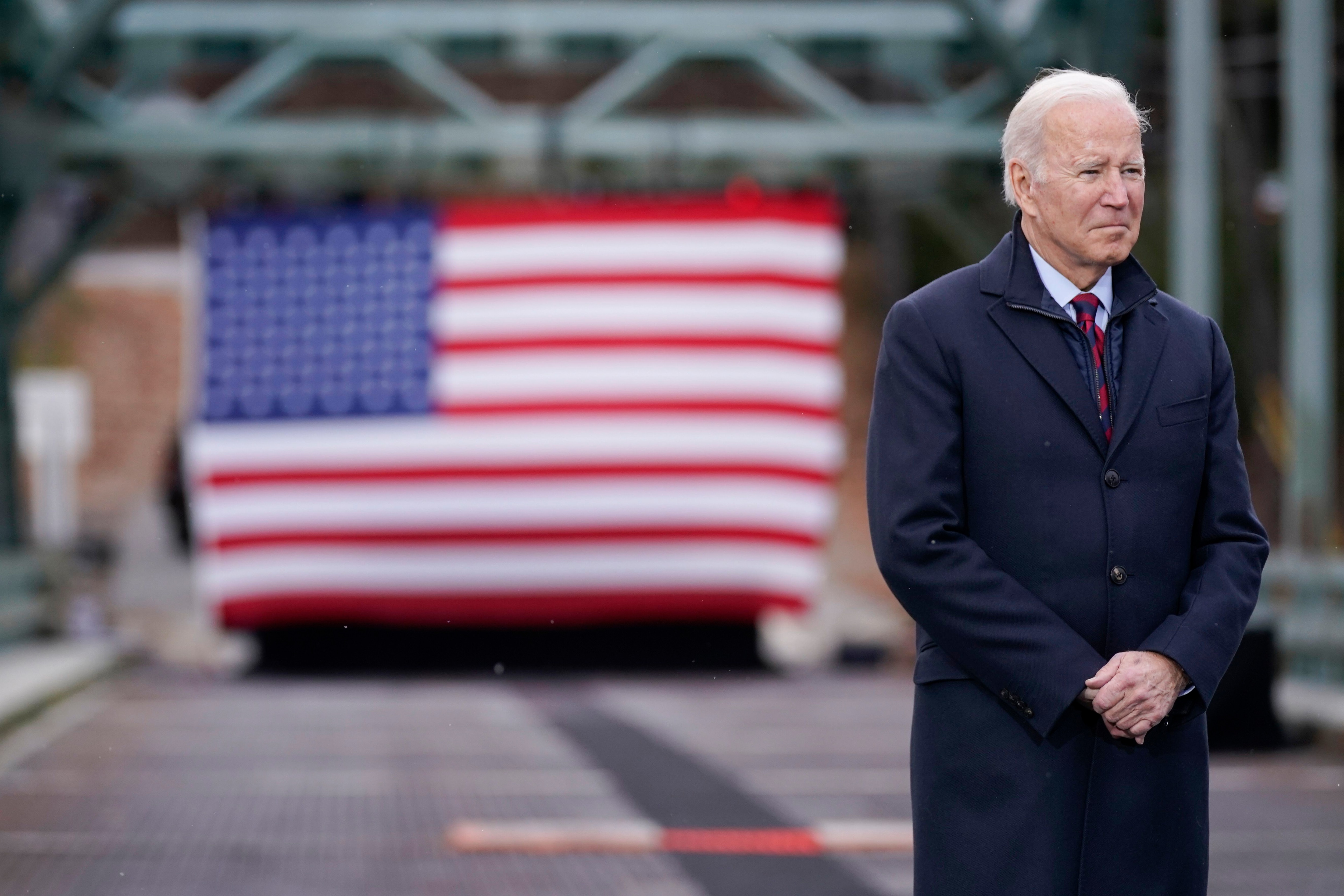 President Joe Biden is highlighting billions of dollars in his giant bipartisan infrastructure deal to pay for the installation of electric vehicle chargers across the country, an investment he says will go a long way to curbing planet-warming carbon emissions while creating good-paying jobs.

Biden on Wednesday will visit a General Motors plant in Detroit that manufactures electric vehicles. He’ll use the occasion to make the case that the $7.5 billion in the new infrastructure law for electric vehicle chargers will help America get “off the sidelines” on green-energy manufacturing. Currently, the U.S. market share of plug-in electric vehicle sales is one-third the size of the Chinese EV market.

“It’s a big deal,” Biden declared as he signed the bill into law at a White House ceremony earlier this week.

Republicans — even some of those who voted in favor of the infrastructure package — are criticizing Biden for being preoccupied with electric vehicle technology at a time when Americans are contending with a spike in gasoline and natural gas prices.

Senate Republican leader Mitch McConnell took the Senate floor Tuesday to make the case that “the Biden administration doesn’t have any strategic plan to snap its fingers and turn our massive country into some green utopia overnight.”

“They just want to throw boatloads of government money at things like solar panels and electric vehicles and hope it all works out,” said McConnell, one of 19 GOP senators who voted in favor of the infrastructure bill. He added, “American families are staring down the barrel of skyrocketing heating bills, and the Democrats’ response is to go to war against affordable American energy.”

Instagram CEO Adam Mosseri is to testify before Congress for the first time, as lawmakers seek answers on child safety

White House press secretary Jen Psaki has stressed that the administration is looking at “every tool in our arsenal” to combat high gasoline prices, saying that Biden and his economic team are “quite focused” on the issue.

Psaki said the administration has asked the Federal Trade Commission “to crack down on illegal pricing” and is engaging with countries and entities abroad like OPEC on increasing supply.

The GM plant that Biden will visit was slated to be closed in 2018 as the automaker tried to shed excess factory capacity to build sedans as buyers shifted toward SUVs and trucks. But the plant, which built cars with internal combustion engines since it opened in 1985, was rescued a year later and designated Factory Zero to build zero-emissions electric vehicles.

Currently, the 4.1 million-square-foot plant, which straddles the border between Detroit and the enclave of Hamtramck, is making pre-production versions of the electric GMC Hummer pickup truck.

Next year it will start making a Hummer electric SUV. The plant will start cranking out the Origin, an electric vehicle for GM’s Cruise autonomous vehicle subsidiary, in 2023, and an electric Chevrolet Silverado pickup at an unspecified date.

The plant won’t see much direct impact from the infrastructure spending, but it will benefit from $7.5 billion designated to help build an electric vehicle charging network.