EU moves to add airlines, others to Belarus sanctions list 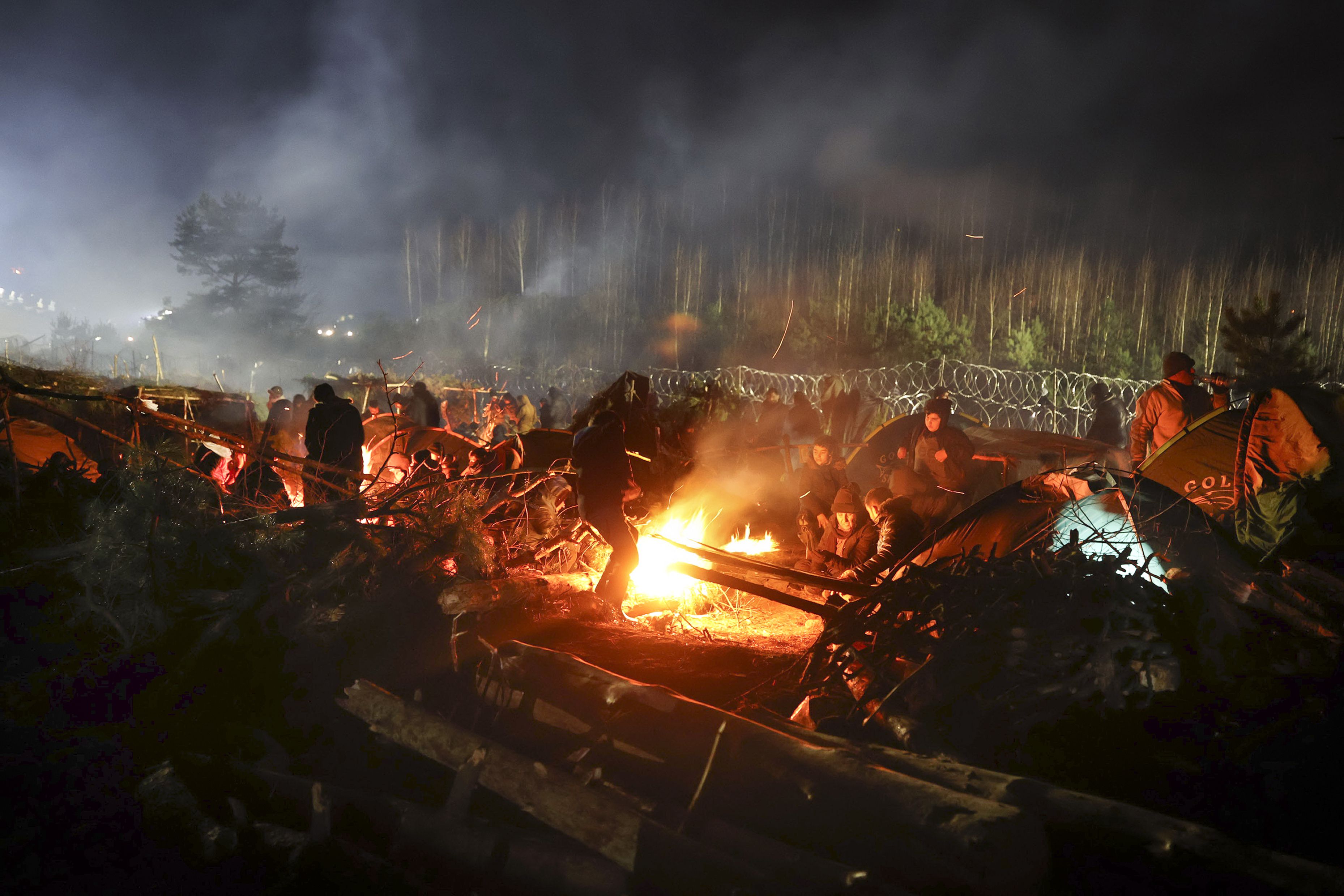 The European Union on Monday ratcheted up pressure on Belarus by agreeing to slap new sanctions on President Alexander Lukashenko’s regime and others accused of helping him wage a “hybrid attack” against the bloc using migrants.

The 27-country EU has already imposed four sets of sanctions on the Belarus authorities and senior officials over the disputed election in August last year that returned Lukashenko to office and the security crackdown on peaceful protesters that followed.

But as tensions mount on the Belarus border with EU members Poland, Latvia and Lithuania, the bloc’s foreign ministers extended those measures to add airlines, travel agents and others accused of helping to bring migrants to Minsk.

“Today’s decision reflects the determination by the European Union to stand up to the instrumentalization of migrants for political purposes. We are pushing back on this inhuman and illegal practice,” EU foreign policy chief Josep Borrell said in a statement.

EU headquarters said the bloc “will now be able to target individuals and entities organizing or contributing to activities by the Lukashenko regime that facilitate illegal crossing of the EU’s external borders.” A list of those to be hit by the asset freezes and travel bans is expected to be finalized in coming days.

The EU believes Lukashenko began luring migrants to Belarus in recent months as part of a retaliatory attack meant to destabilize the bloc. The EU has been deeply divided over how to manage migrants since well over 1 million people entered in 2015.

A few thousand migrants are stuck in makeshift camps in freezing weather after Poland reinforced its border with 15,000 soldiers, in addition to border guards and police. At least nine have died. Many people want to head further west, often to Germany.

Asked about the danger that more sanctions might only make things worse, German Foreign Minister Heiko Maas said: “I don’t have the impression that Belarus behaves constructively without sanctions. That wasn’t the case in the past.”

“We are far from the end of the spiral of sanctions,” Maas added.

Belarus flag carrier Belavia is among the airlines likely to be hit, and Maas warned other companies to follow the example of Turkish Airlines by restricting flights to the Belarus capital.

“Those that don’t must expect tough sanctions. The situation is so dramatic that I can no longer rule out the denial of overflight rights or landing permission in the European area,” he said.

Lithuanian Foreign Minister Gabrielius Landsbergis said “we need to make Minsk airport a no-fly zone.” He said the EU must ensure that planes likely to be bringing in migrants bound for Europe “wouldn’t land in Minsk, or actually any Belarusian airport. It is very crucial to do that.”

The EU says that the authoritarian Belarusian regime has for months invited migrants to Minsk, many of them Iraqis and Syrians, with the promise of help to get them across the borders of the three countries, which form the eastern flank of both the 27-nation EU and NATO.

In response, the three are beefing up their borders. In an interview Sunday, …read more