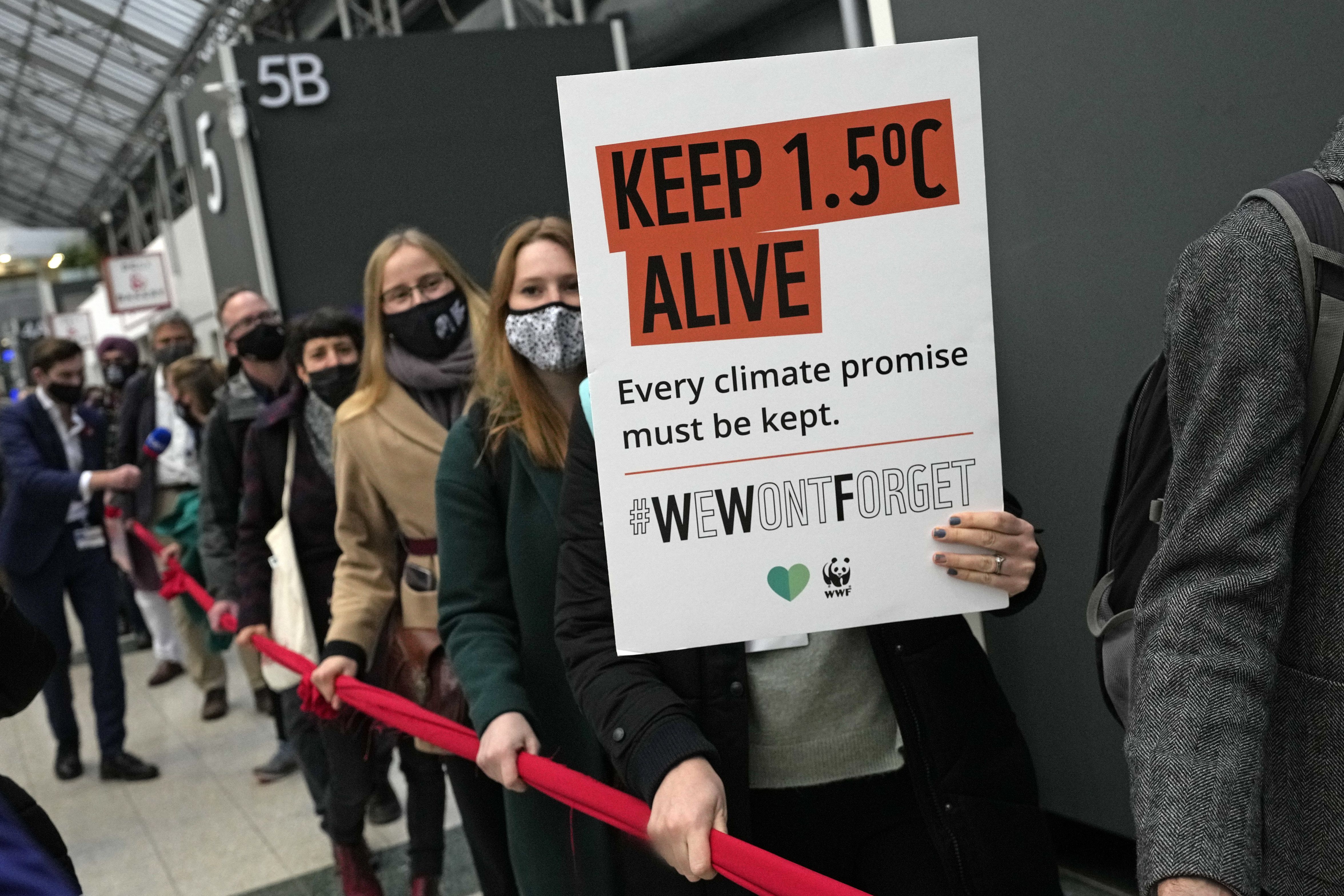 While world leaders and negotiators are hailing the Glasgow climate pact as a good compromise that keeps a key temperature limit alive, many scientists are wondering what planet these leaders are looking at.

Crunching the numbers they see a quite different and warmer Earth.

“In the bigger picture I think, yes, we have a good plan to keep the 1.5-degree goal within our possibilities,” United Nations climate chief Patricia Espinosa told The Associated Press, referring to the overarching global goal of limiting warming to 1.5 degrees Celsius (2.7 degrees Fahrenheit) since pre-industrial times.

But many scientists are far more skeptical. Forget 1.5 degrees, they say. Earth is still on a path to exceed 2 degrees (3.6 Fahrenheit).

“The 1.5C goal was already on life support before Glasgow and now it’s about time to declare it dead,” Princeton University climate scientist Michael Oppenheim told The Associated Press in an email Sunday.

A few of the 13 scientists the AP interviewed about the Glasgow pact said they see just enough progress to keep alive the 1.5-degree Celsius limit — and with it, some hope. But barely.

The optimists point to many agreements that came out of Glasgow, including a United States-China deal to work harder together to cut emissions this decade, as well as separate multi-nation agreements that target methane emissions and coal-fired power. After six years of failure, a market-based mechanism would kick-start trading credits that reduce carbon in the air.

The 1.5-degree mark is the more stringent of two targets from the historic 2015 Paris climate accord. United Nations officials and scientists consider it key because a 2018 scientific report found dramatically worse effects on the world after 1.5 degrees.

The world has already warmed 1.1 degrees (2 degrees Fahrenheit) since pre-industrial time, so this is really about a few tenths of a degree more. The United Nations calculated that to limit warming to 1.5 degrees, countries need to cut their emissions in half by 2030. Emissions are now going up, not down, by about 14% since 2010, Espinosa said.

Instead of big changes in bending the temperature curve as the United Nations had hoped for from Glasgow, they got only tiny tweaks, according to scientists who run computer simulations.

“Heading out of Glasgow we have shaved maybe 0.1C off of warming … for a best-estimate of 2.3C warming,” Breakthrough Institute climate scientist and director Zeke Hausfather said in an email. Hausfather has done climate modeling with colleagues for Carbon Brief.