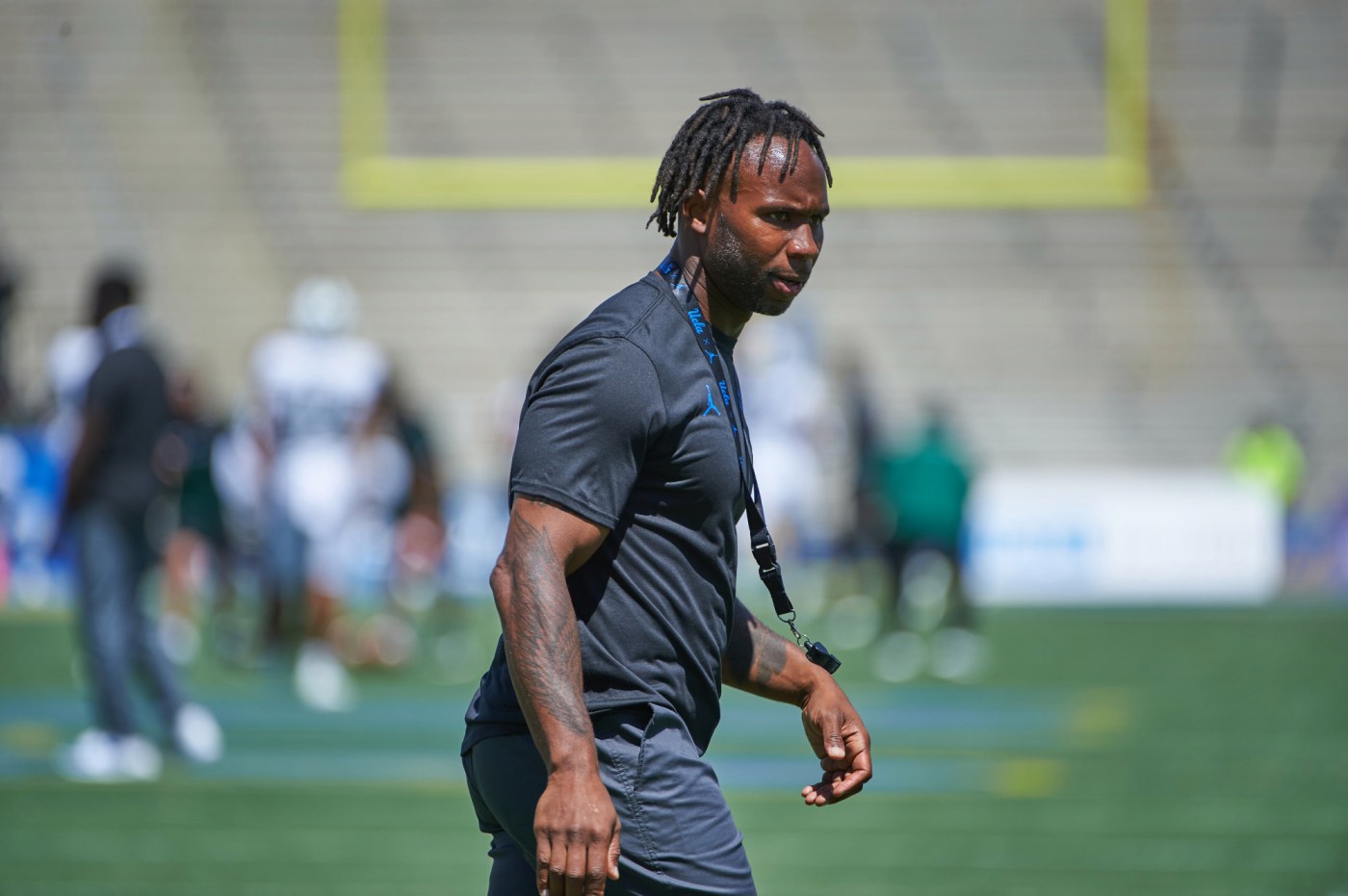 After promoting Jerry Neuheisel to wide receivers coach and hiring Ryan Gunderson from San Jose State to be the quarterbacks coach, Kelly hired Keith Belton as the Bruins’ director of football performance in March, replacing Frank Wintrich, who departed the role to work for the U.S. Army in late February.

Belton made an immediate impact and is frequently talked about by the Bruins for the work they’ve done together throughout spring and fall camp.

“(Belton) has a passion for what he does,” Bruins assistant head coach Brian Norwood said. “He has a unique way of pouring into young men and challenging them while also being a good listener.”

Belton was recruited by and played fullback for Jerry Azzinaro at Syracuse from 2002-2003. Azzinaro is now the Bruins’ defensive coordinator and Belton uses that experience to help relate to the players.

“I think we needed him,” defensive back Quentin Lake said. “He’s a high-energy guy and what’s best is that he is going to get on you. He’s a rough-nose guy but at the same time it’s love. He understands the players because he’s been there, but the biggest thing is that he cares and he’s going to push you and that’s something we needed.”

Belton was the Senior Associate Head Strength and Conditioning Coach at Kansas in 2019 before leaving to become the Director of Sports Performance for OLLIN Athletics Sports Medicine in Texas.

Lake credits Belton for coming in and helping change the culture when it comes to the strength and conditioning aspect of the program.

“We can express ourselves,” Lake said. “Every day during workouts, we have music on and guys are dancing and having a good time. It’s a little bit of a change, but it’s a culture change that fits our team.”

The players have also welcomed a structured workout plan after the pandemic limited the number of opportunities the team had to work together and get in shape ahead of the 2020 season.

Linebacker Bo Calvert confirmed that he was hiking with 50-pound rice bags as part of his at-home training routine and doing lunges on the sidewalk. Linebacker Caleb Johnson said he was trying to piece together a quality workout routine from his room.

“You’ll see when you come out here a lot of guys are a lot bigger and stronger,” Calvert said. “I think it’s a real testament to Coach KB and how hard we’ve been working.”

Linebacker Carl Jones Jr. notices the difference on the field from his teammates.

“There’s definitely been an improvement (on the field),” Jones said after the Bruins’ 2-0 start. “We felt the need to get better, faster and stronger this offseason. That’s …read more