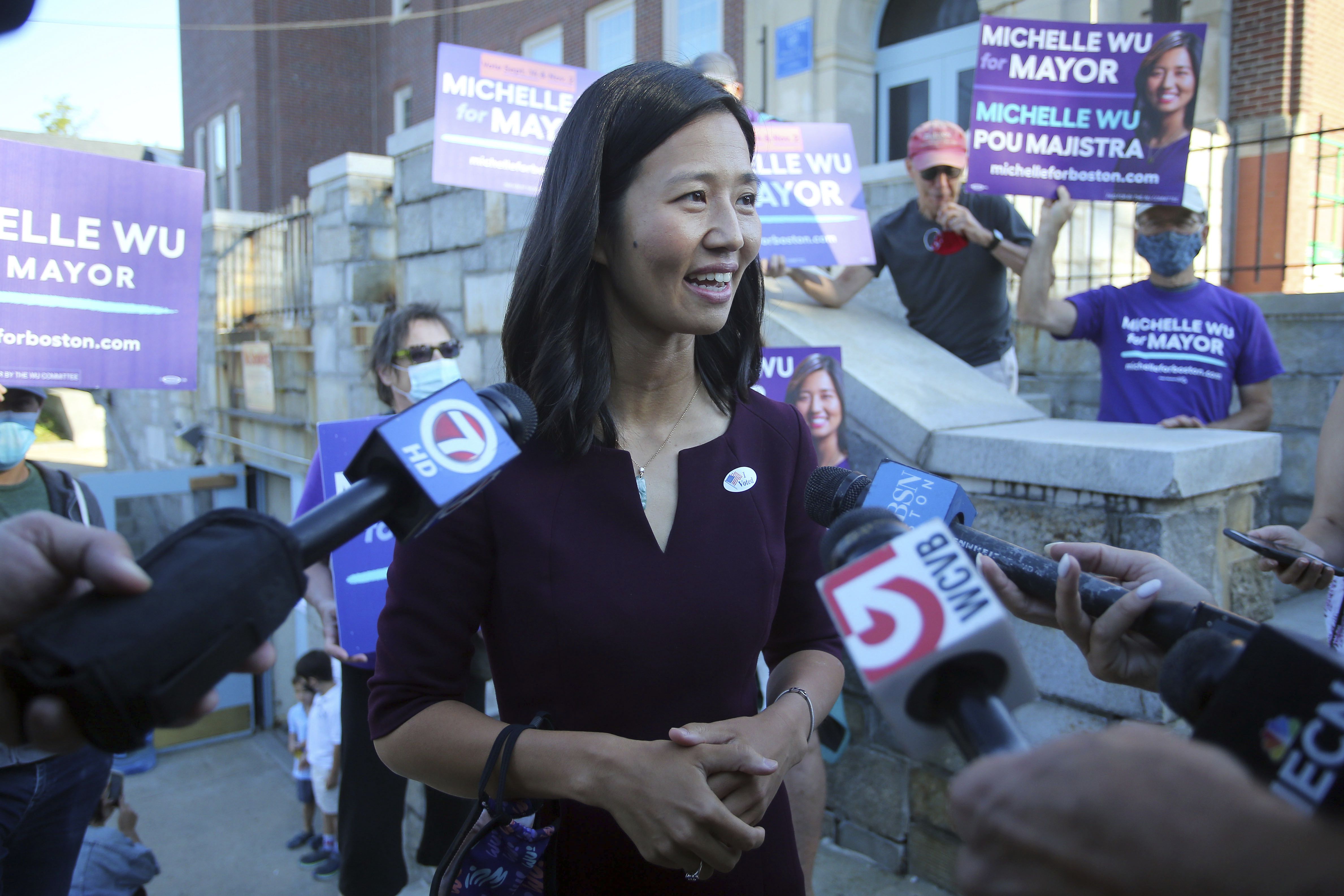 For the first time in 200 years, Boston voters have narrowed the field of mayoral candidates to two women of color who will face off against each other in November.

The question is, which two?

Democrat Michelle Wu emerged the top vote-getter in Tuesday’s preliminary election, but the race to decide her opponent in November remained too early to call early Wednesday.

Wu, a city councilor, easily won Tuesday’s preliminary balloting. But three other candidates — acting mayor Kim Janey and fellow councilors Annissa Essaibi George and Andrea Campbell — were in a tight race for the No. 2 slot. Essaibi George declared victory late Tuesday night, and both Janey and Campbell conceded defeat. The Associated Press has not yet called the second finisher because of the close margin of votes separating the three women.

All four are candidates of color, as is John Barros, Boston’s former economic development chief and the only man in contention. Barros trailed well behind the four women.

No matter who joins Wu on the Nov. 2 ballot, history has already been made in a city that has never elected a woman, Black resident or Asian American as mayor. For the past two centuries, the office has been held by white men.

Wu and Tuesday’s other winner will face off against each other on Nov. 2, ushering in a new era for the city which has wrestled with racial and ethnic strife.

“I’m overjoyed that we are confident we’ve made the top two and are moving on to the final election,” Wu told her supporters earlier in the evening. “I just want to take a moment to honor and thank this historic field of candidates, an amazing moment for the City of Boston.”

“I am so grateful to you showing up not just tonight but showing up for the last eight months,” she told supporters, adding that while every vote needed to be counted, “it doesn’t mean we can’t celebrate.”

“I want to congratulate Michelle Wu and Annissa Essaibi George on their victories this evening,” Janey said in a statement. “This was a spirited and historic race, and I wish them both luck in the final election.”

There had been an effort among some leaders in the Black community to rally around a single candidate to ensure that at least one Black mayoral hopeful could claim one of the two top slots.

All of the candidates are Democrats. Mayoral races in Boston do not include party primaries.

The candidates hail from a range of backgrounds. Wu’s parents immigrated to the United States from Taiwan. Janey and Campbell are Black. Essaibi George describes herself as a first-generation Arab-Polish American. Barros is of Cape Verdean descent.

Wu was elected to the Boston City Council in 2013 at age 28, becoming the first Asian-American …read more