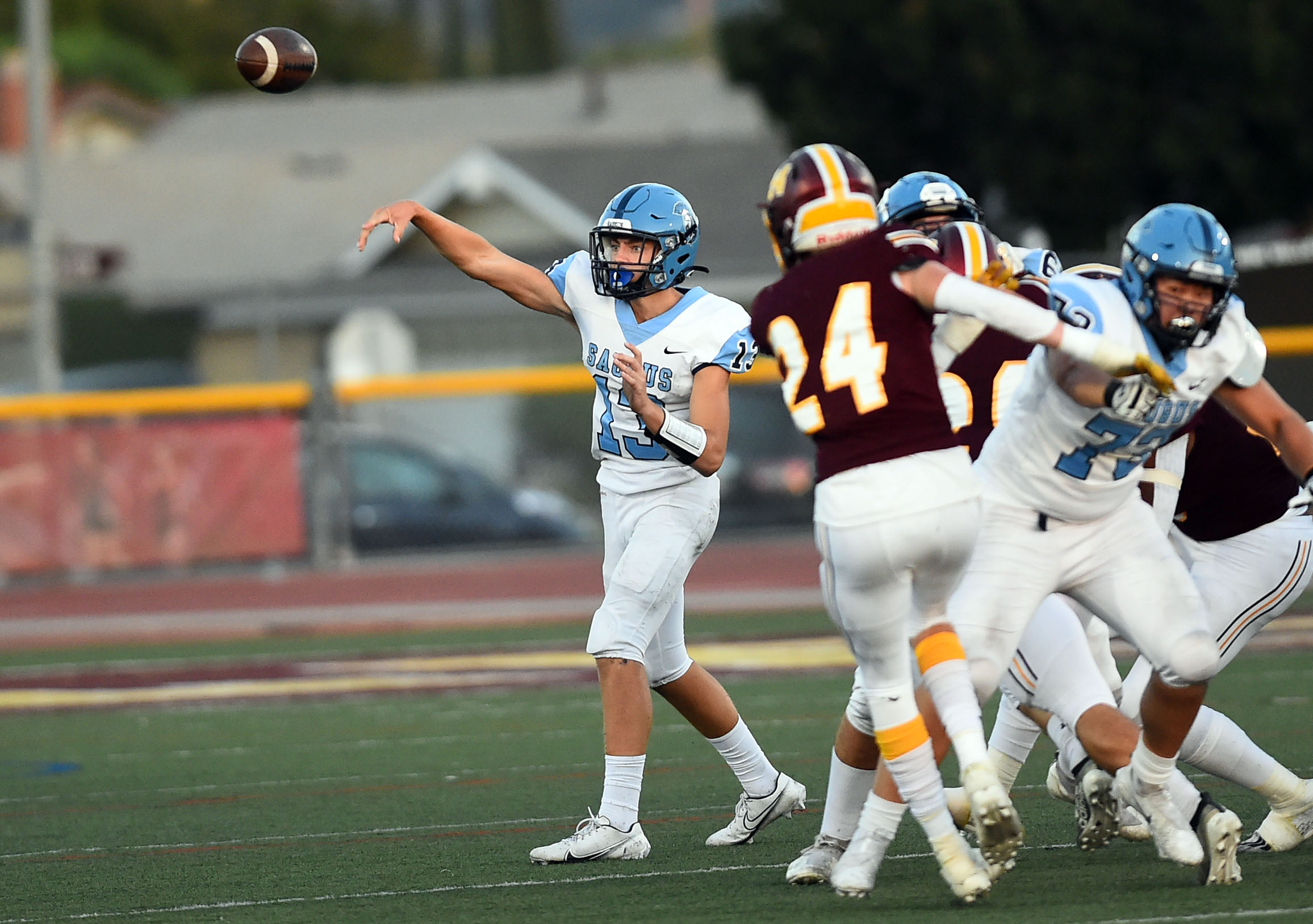 Change isn’t easy, especially when you have to learn how to play quarterback on the fly. But Saugus football player Sebastian Dallaire is doing it with grace and humility.

The Centurions lost All-Area quarterback – and reigning Foothill League MVP – Colton Fitzgerald to graduation. Saugus coach Jason Bornn was in search of a replacement. Dallaire raised his hand, but he wasn’t serious – at the time.

“I used to crack jokes all the time, telling coach Bornn to check my arm out before I threw, asking him to watch how far I can throw the ball,” Dallaire said chuckling. “During games I’d tell him to put me in at quarterback. I guess I spoke it into existence.”

Although Dallaire has only played wide receiver at Saugus in his first three years, he began to learn the quarterback position for the greater good of the team. An honorable task considering the landscape of high school athletes (and parents) nowadays, that want success immediately, and their way.

Saugus (3-1) started the season 3-0. Dallaire had thrown five touchdowns and ran for three more in the first trio of games. He was experiencing the high life as a quarterback, which is arguably the hardest position in sports to play. But in last week’s 21-10 loss to Simi Valley (4-0), Dallaire felt the low point that comes with the position.

He threw three interceptions – all in the second half – and two coming in the red zone. The turnovers sparked Simi Valley’s eventual comeback victory.

“Over the summer and at practice, it wasn’t all that bad,” Dallaire said of learning the position. “I was telling myself, ‘I can do this transition’, but once you get in the game, it’s different. A real rush, the lights, the crowd.”

Sebastian Dallaire drops back to pass for Saugus as they play Simi Valley Friday night.(Photo by Andy Holzman, Contributing Photographer)

When explaining the transition, it was obvious he was entranced with the multitude of thoughts that goes through a quarterback’s mind from pre-snap to the end of a play.

“Preparing for the rush, feeling the rush, picking up the blitz – stuff like that – that’s the biggest learning curve,” the senior added.

Dallaire won’t need to play quarterback for long. Senior Brady Welch will likely take over at quarterback when he’s finished serving his sit-out period (Sept. 27). That means Dallaire will be back at wide receiver just in time to wreak havoc in the Foothill League when Saugus …read more