Russian feminist runs for Duma to take on domestic violence 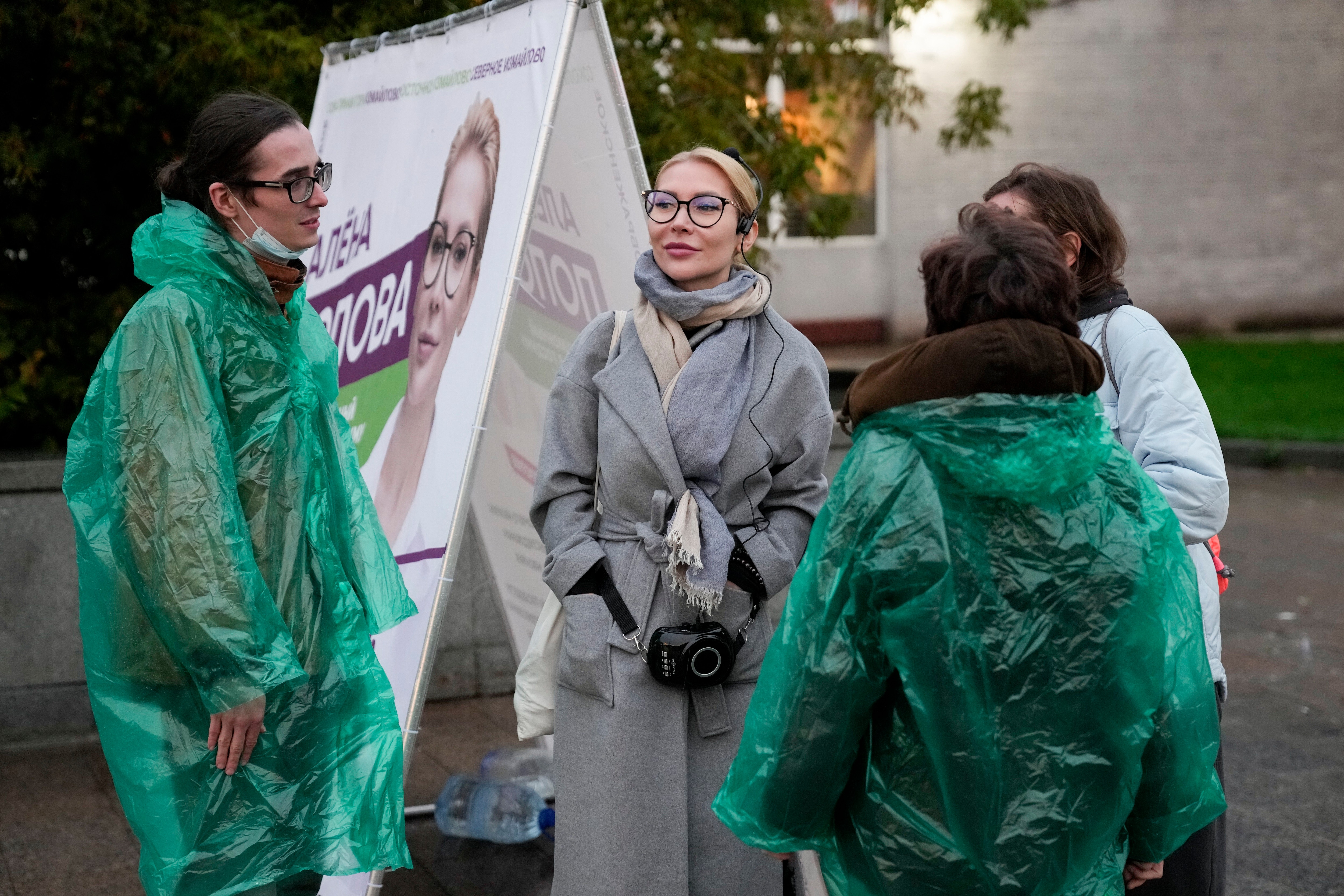 Alyona Popova’s campaign rhetoric is blunt: Unless she is elected to parliament, there won’t be much hope for a law against domestic violence in Russia.

One of the country’s most ardent feminists, Popova has fought for years to lobby members of the State Duma to adopt legislation to protect women — without success. So she decided to run herself in the election in which voting begins Friday and runs through Sunday.

Popova believes she has a good chance of winning and will be able to push through a domestic violence law. Analysts and recent actions by Russian authorities, however, suggest that both face an uphill battle.

Few reliable official statistics are kept on violence against women in Russia, but it is clearly a national problem. Police routinely turn a blind eye to domestic abuse, and restraining orders don’t exist, leaving victims without a key protection.

The Interior Ministry’s official magazine, Russia’s Police, reported in 2019 that one in three murders occur within “family and domestic relations”; violent acts of different kinds happen in one out of four families; and 70% of crimes within families and households are against women and children.

There are virtually no legal mechanisms to protect people from domestic abuse. Laws address a wide range of violent crimes, but attempts to create measures that would prevent these crimes from happening have faced resistance from authorities.

Yulia Gorbunova, senior researcher for Human Rights Watch in Russia and Ukraine, said the available statistics suggest Russia isn’t much different from the rest of the world. She cited World Health Organization data that showed one in three women around the globe suffers from physical or sexualized violence by her partner or others, “and in Russia, the numbers are quite similar.”

“Unfortunately, Russia differs from other countries in a bad way, with its inadequate response — lack of legislation, lack of a normal system of supporting the victims,” she added.

Popova’s decision to run came after her only ally in the Duma — Oksana Pushkina of the ruling United Russia bloc — announced she wasn’t seeking reelection.

Popova said she spoke with other advocates about what to do: “To run after Duma lawmakers for five more years, given that this next parliament will be ultra-bigoted, ultra-fundamentalist?” Popova said. “Or to fight for it ourselves?”

Simple assault against a family member was a criminal offense only briefly in 2016 under a measure passed by lawmakers, but it prompted a backlash from conservative groups.

At his annual news conference in December 2016, President Vladimir Putin was asked about parents who could face imprisonment for spanking a child, which the questioner said was “quite traditional” Russian discipline.

Putin responded that “it’s better not to spank children and not to cite traditions,” but agreed that “unceremonious interference with the family is unacceptable,” and promised to review the law. It was decriminalized the next year and was downgraded to a misdemeanor, punishable by a fine of about $68.