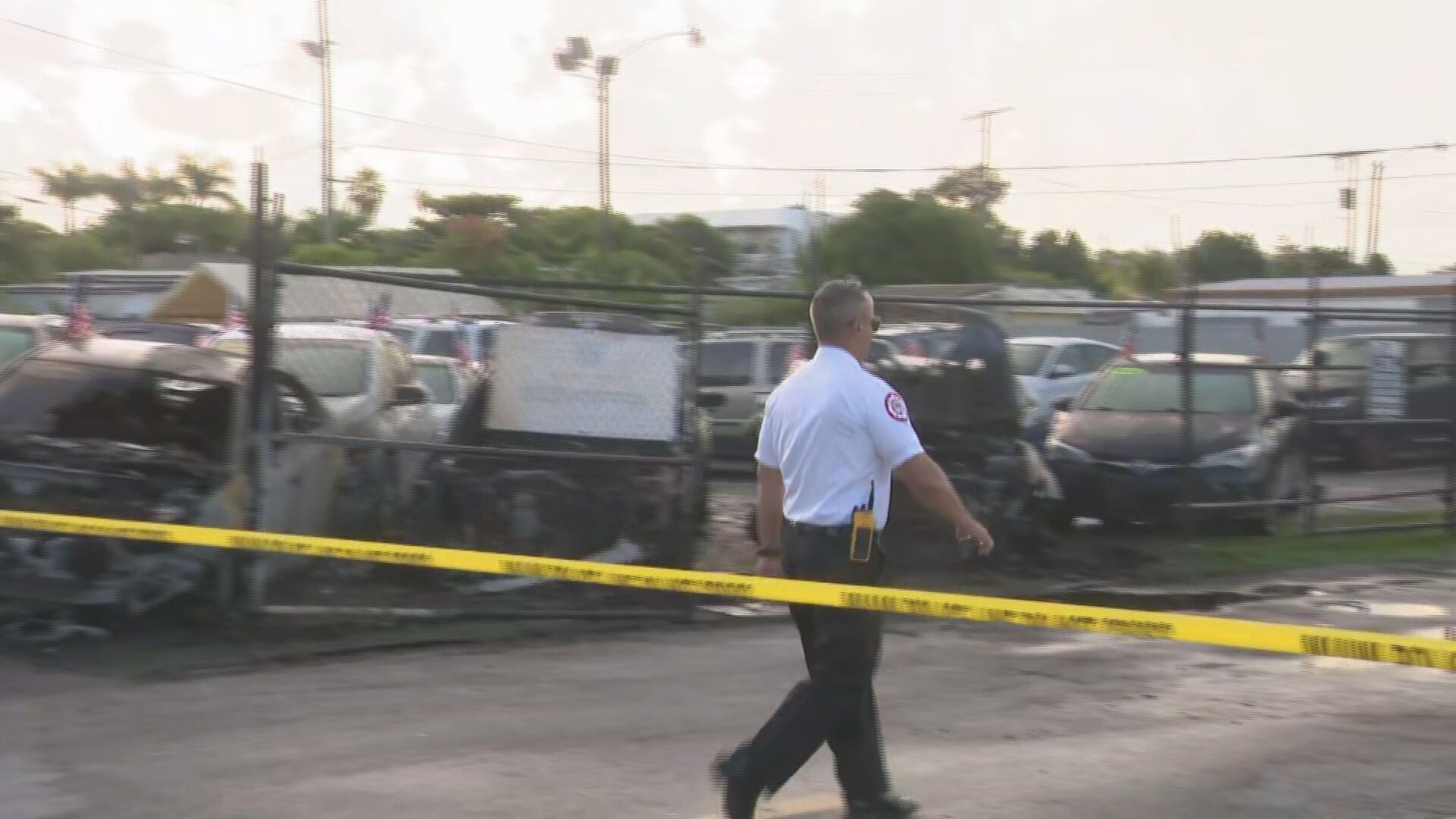 Miami police said Wednesday that they are investigating the fire that broke out at a used car dealership a day earlier as a possible case of arson.

They also said that a suspect has been identified.

Miami-Dade Fire Rescue Lt. Pete Sanchez said there were about 30 vehicles parked at the dealership, but only three caught fire. He said a fourth vehicle sustained some damage from the heat.

“A type of incident like this can be a lot more dangerous, a lot more challenging,” he said. “The fire can spread rather quickly because of the fuels, the metals, the plastics that are in the vehicles.”

No injuries were reported.