L.A. mansion once worth $500 million defaults on $100 million in debt, forcing a sale 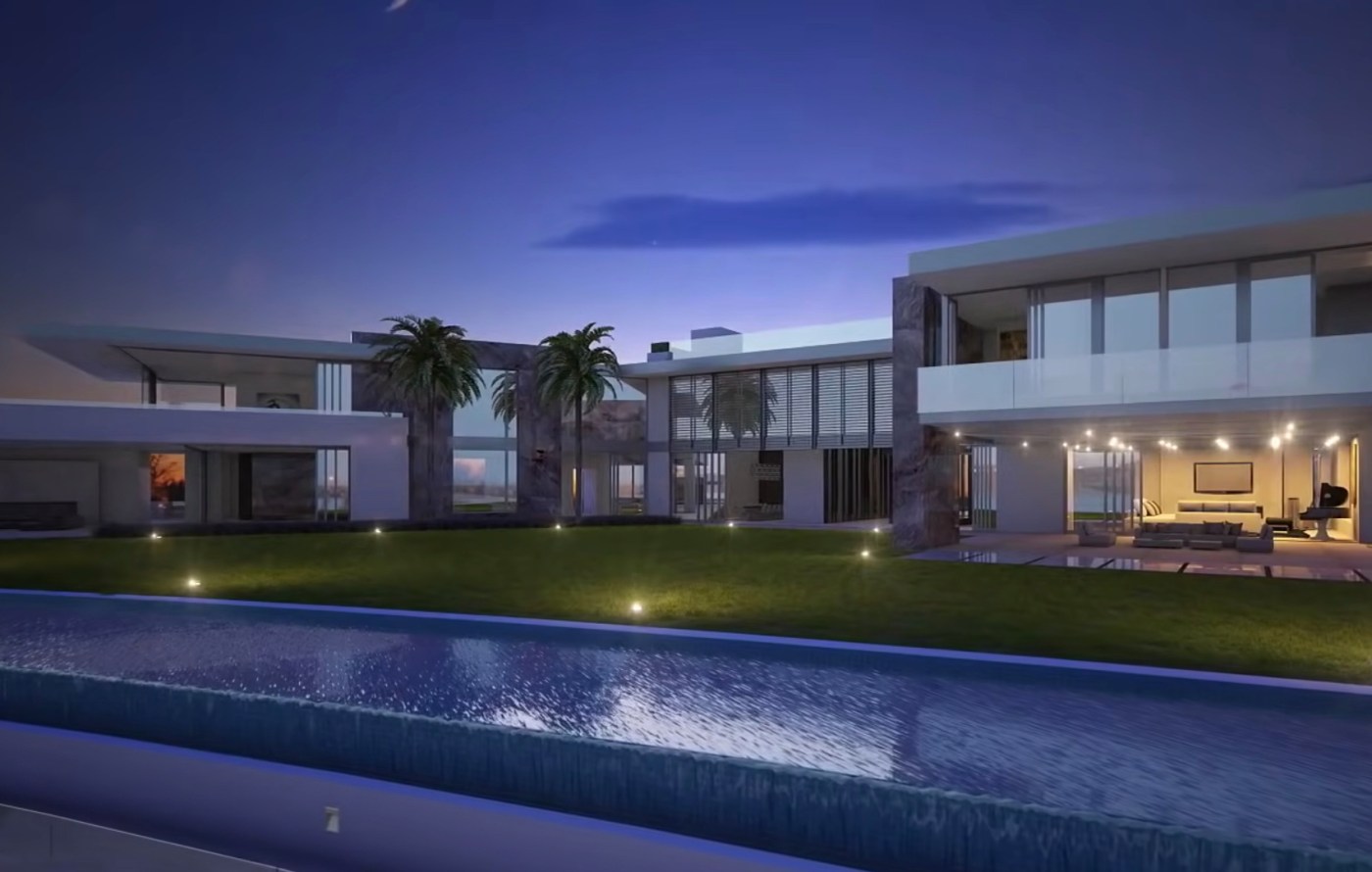 A gargantuan residence in Los Angeles dubbed “The One” by its developer is now on track to be sold after the owner defaulted on more than $100 million in loans and debt, according to court documents.

In an Instagram post last summer, Nile Niami, the project’s developer, pitched the 105,000-square-foot home as having seven pools, a 50-car garage, a 10,000-bottle wine cellar and even its own nightclub. Promoted as being the largest and most expensive urban property in the world, “The One” was expected to come to market for $500 million, according to the video Niami posted on Instagram. But it suffered many delays and complications and now faces a court-ordered sale to pay debts.

Niami borrowed $82.5 million from Hankey Capital in 2018 to continue building the home. But in March of this year, Hankey served a notice of default sending the property toward a foreclosure sale. Niami had 90 days to pay or renegotiate the debt, which had grown to more than $110 million, according to court documents.

With no payment made by July, the home was placed in court-ordered receivership, which is an alternative to foreclosure for complicated real estate deals. The receiver, Theodore Lanes of Lanes Management Services, is tasked with accounting for debts against the property, readying then selling the property and, ideally, repaying lenders and creditors with the proceeds.

Hankey Capital declined to comment about the default or receivership. Nile Niami did not respond to a request for comment.

But despite promises by Niami that the property is nearly done — during a video tour of the home posted in April he said it would be “another four weeks, probably” — there is a complicated punch list left and the property is not ready for market, according to Lanes’ first report filed with the court.

Without aggressive funding in clean-energy and climate solutions, the world we know could perish

Some items Lanes outlined are fairly typical final details when building a home — the gas company won’t provide service until there is a certificate of occupancy issued, for instance. But others are particular to the property: the permit to build a commercial-grade catering kitchen was denied and that space remains empty.

Lanes said in an email to CNN Business that he is still learning about new issues that need to be dealt with, including obtaining the plans and permits and sorting out agreements with artists whose work is in the house, a furniture staging company and the gardener.

Other problems the property faces, according to the report: the insurance had lapsed in early 2021, challenges from social media users to sneak onto the property have led to intruders.

The home also has more than $2 million in unpaid taxes and invoices to vendors for concrete, air conditioning and scaffolding, according …read more