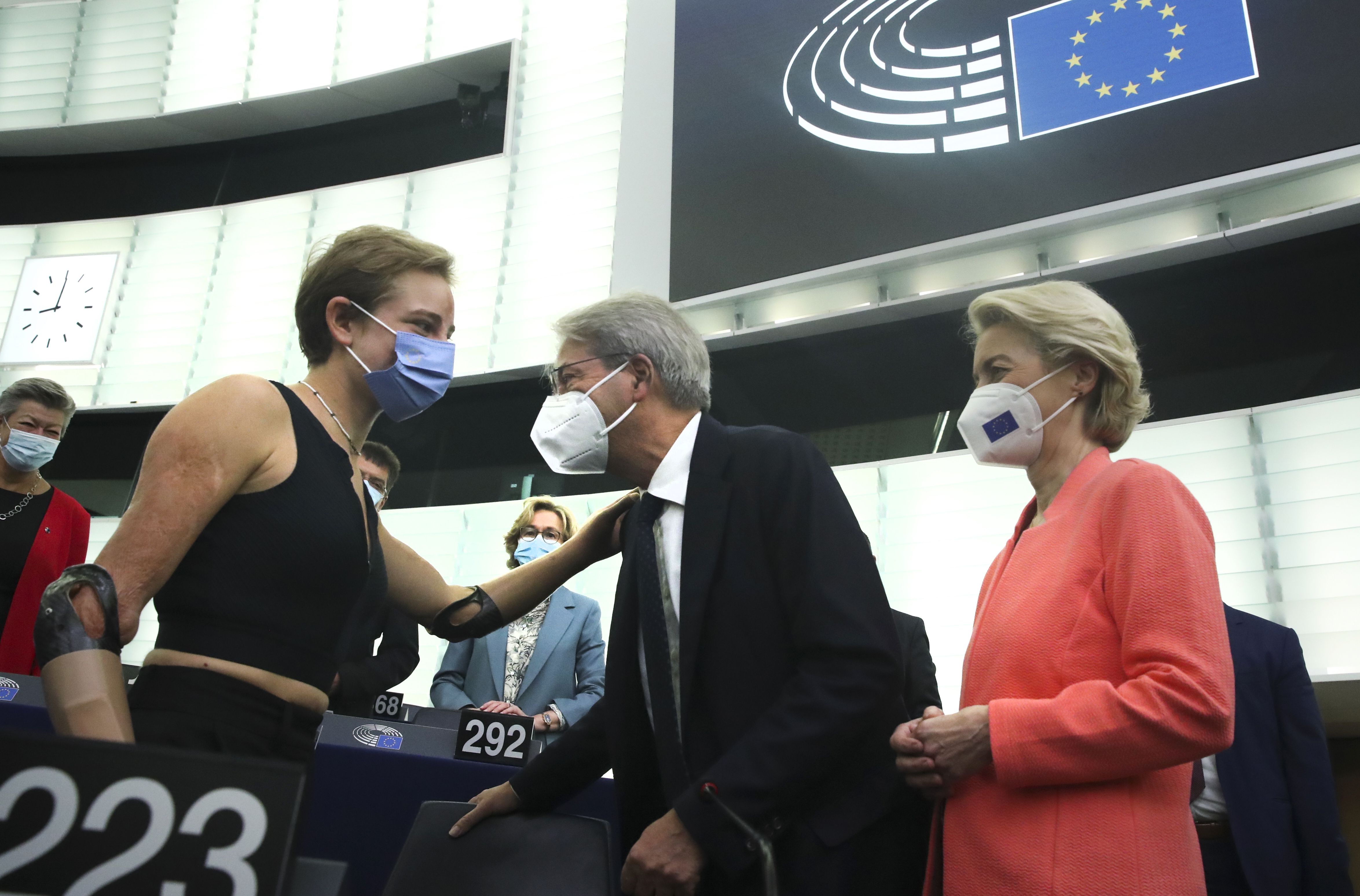 When European Commission President Ursula von der Leyen was at a loss for words to capture the soul of the European Union and its future, Bebe Vio was there to help the EU’s top official at the end of her State of the Union address.

Sitting anonymously among the European legislators for most of the hour-long speech, which is a highlight on the EU calendar, the Italian Paralympic fencer suddenly became the center of attention when von der Leyen called her the guest of honor of the proceedings.

“Trying to find the right words to capture the essence,” von der Leyen said, “is not easy. But it is easier when you borrow them from someone who inspires you.”

More than just winning gold and silver medals in the women’s foil at the Paralympics, it was the road to get to this year’s games that inspired von der Leyen. Wheelchair fencer Vio contracted meningitis as a child and to save her life, doctors amputated both her forearms and both her legs at the knees.

It was far from the end of her struggles before she reached the Tokyo Paralympics, where she again proved she could fence at the highest level without hands or feet.

Because of it, von der Leyen said she turned into “a gold medallist from Italy who captured my heart this summer.”

“But what you might not know, is that only in April, she was told her life was in peril. She went through surgery, she fought back, she recovered. And only 119 days after she left the hospital, she won Paralympic gold,” she said.

Fighting unlikely odds, von der Leyen said, “is the spirit of Europe’s next generation. So let’s be inspired by Bebe and by all the young people who change our perception of the possible.”

Democratic-socialist candidate for Buffalo mayor India Walton says she’s open to helping the billionaire owner of the Buffalo Bills build a new stadium, she tells us in the EIC Interview

Study investigates use of diabetes drug to treat dementia

Sam is now a hurricane and is forecast to rapidly strengthen