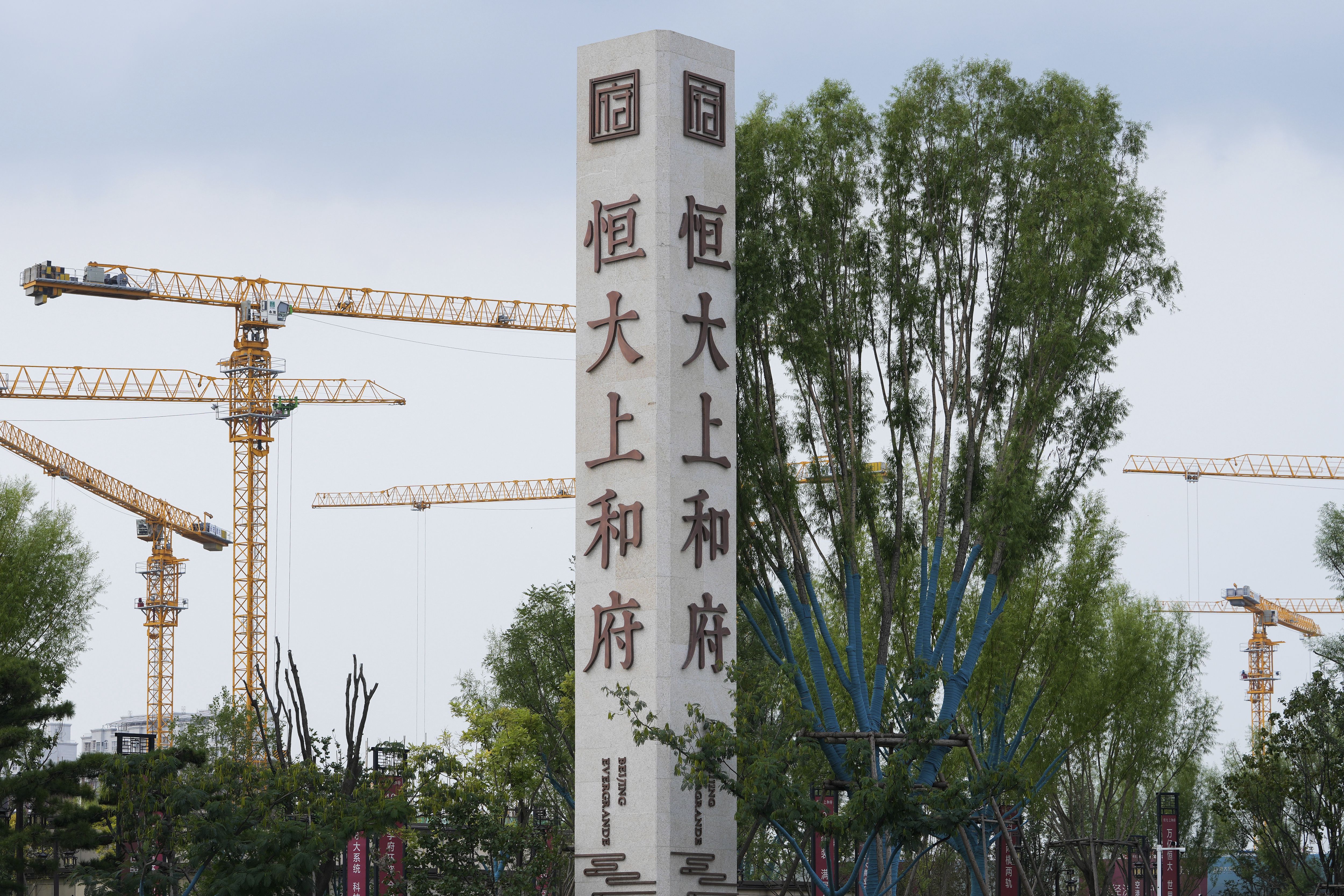 One of China’s biggest real estate developers is struggling to avoid defaulting on billions of dollars of debt, prompting concern about a broader economic fallout and protests by buyers of unfinished apartments.

Evergrande Group appears likely to be unable to repay all of the 572 billion yuan ($89 billion) it owes banks and other bondholders, financial rating agencies say. That might jolt financial markets, but analysts say Beijing is likely to step in to prevent wider damage if Evergrande can’t manage an orderly resolution of its debts.

“In the unlikely event that a default unsettles the broader property market, significantly disrupting sales and investment, this could have farther-reaching macroeconomic effects,” said Fitch Ratings analysts in a report Wednesday.

Evergrande ran into a cash crunch after its borrowing to build apartments, office towers and shopping malls collided with pressure from the ruling Communist Party to reduce corporate debt loads that are seen as a threat to the economy.

Beijing has made reducing financial risk a priority since 2018. In 2014, authorities allowed the first corporate bond default since the 1949 communist revolution. Defaults have gradually been allowed to increase in hopes of forcing borrowers and investors to be more disciplined.

Despite that, total corporate, government and household debt rose from the equivalent of 270% of annual economic output in 2018 to nearly 300% last year, unusually high for a middle-income country. Economists say a financial crisis is unlikely but debt could drag on economic growth by diverting money from consumption and investment.

Evergrande’s struggle has prompted warnings abroad that a broader financial squeeze on real estate — an industry that propelled China’s explosive 1998-2008 boom — could lead to trouble for banks and an abrupt and politically dangerous collapse in economic growth.

The government has yet to say what it might do about Evergrande, one of China’s biggest private sector conglomerates, but financial analysts say Beijing is likely to intervene, especially to protect households that bought unfinished apartments.

An outright default might dent consumer confidence if homebuyers suffer losses, “but we assume the government would act to protect households’ interests, making this outcome unlikely,” Fitch analysts said.

President Xi Jinping is promoting a “common prosperity” initiative to spread China’s wealth more broadly and narrow its politically volatile gap between a wealthy elite and the poor majority. So regulators may favor homebuyers at the expense of banks and other investors in Evergrande debt.

Headquartered in the southern city of Shenzhen, near Hong Kong, Evergrande has sold assets to pay down debt since regulators in August 2020 tightened controls on financing for China’s 12 biggest developers.

The companies were told to limit debt relative to “three red lines” — cash on hand, the value of their assets and equity in their businesses. Banks are required to limit real estate lending to 40% of their total under rules that took effect in January.

In addition to bondholders, the company owes 667 billion yuan ($103 billion) to construction companies and other business creditors.

Its share price in Hong Kong plunged 34% to an all-time low on Wednesday. It …read more

Leaders at Moderna and AstraZeneca, are offering new, rosy predictions about the pandemic’s end