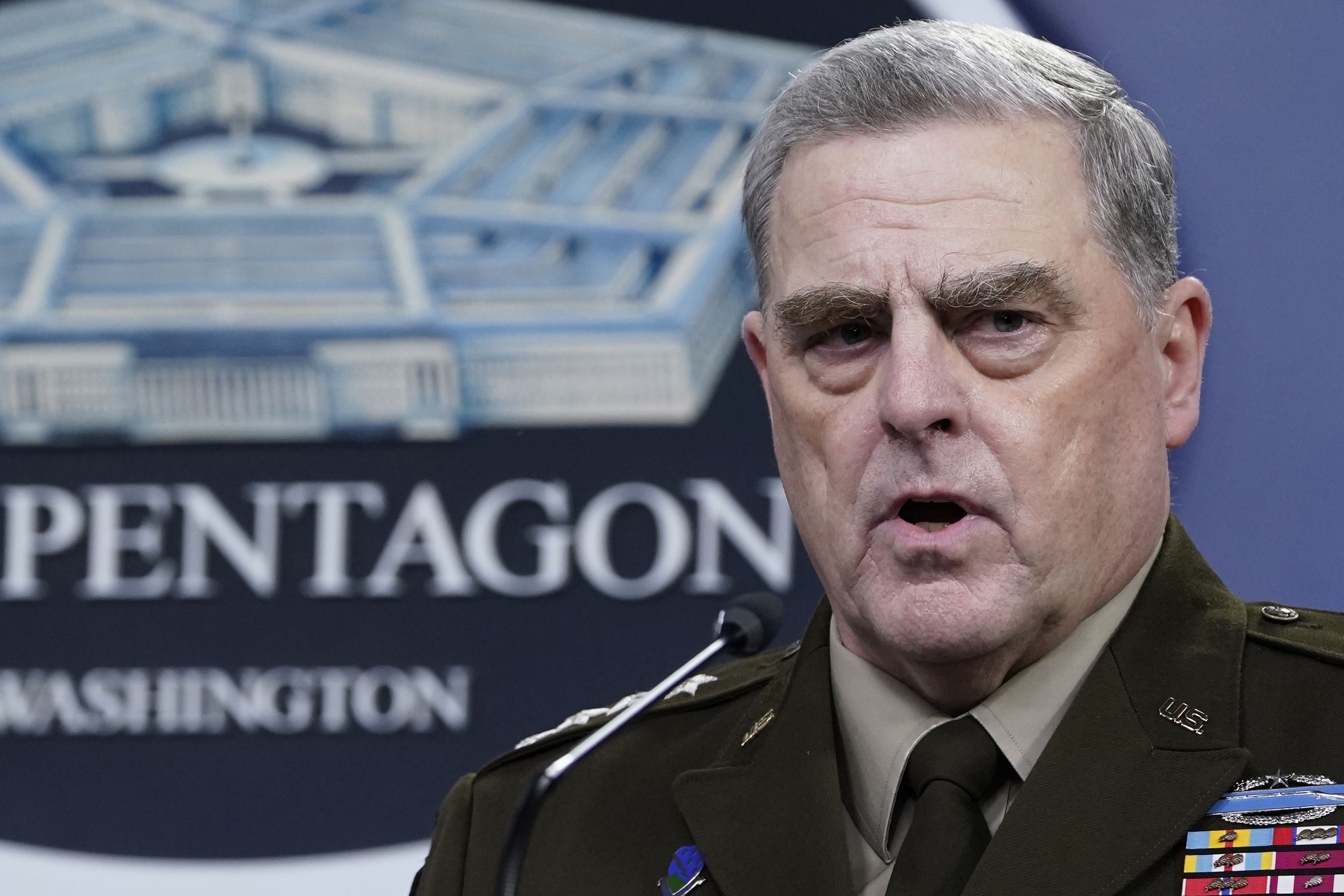 Fearful of Donald Trump’s actions in his final weeks as president, the United States’ top military officer twice called his Chinese counterpart to assure him that the two nations would not suddenly go to war, a senior defense official said after the conversations were described in excerpts from a forthcoming book.

Chairman of the Joint Chiefs of Staff Mark Milley told Gen. Li Zuocheng of the People’s Liberation Army that the United States would not strike. One call took place on Oct. 30, 2020, four days before the election that defeated Trump. The second call was on Jan. 8, 2021, just two days after the insurrection at the U.S. Capitol by supporters of the outgoing chief executive.

Trump said Milley should be tried for treason if the report was true.

Milley went so far as to promise Li that he would warn his counterpart in the event of a U.S. attack, according to the book “Peril,” written by Washington Post journalists Bob Woodward and Robert Costa. The Associated Press obtained a copy of the book. Details from the book, which is set to be released next week, were first reported by The Washington Post on Tuesday.

“General Li, I want to assure you that the American government is stable and everything is going to be okay,” Milley told him in the first call, according to the book. “We are not going to attack or conduct any kinetic operations against you.”

“If we’re going to attack, I’m going to call you ahead of time. It’s not going to be a surprise,” Milley reportedly said.

According to the defense official, Milley’s message to Li on both occasions was one of reassurance. The official questioned suggestions that Milley told Li he would call him first, and instead said the chairman made the point that the United States was not going to suddenly attack China without any warning — whether it be through diplomatic, administrative or military channels.

Milley also spoke with a number of other chiefs of defense around the world in the days after the Jan. 6 riot, including military leaders from the United Kingdom, Russia and Pakistan. A readout of those calls in January referred to “several” other counterparts that he spoke to with similar messages of reassurance that the U.S. government was strong and in control.

The second call was meant to placate Chinese fears about the events of Jan. 6. But the book reports that Li wasn’t as easily assuaged, even after Milley promised him: “We are 100 percent steady. Everything’s fine. But democracy can be sloppy sometimes.”

Trump responded Tuesday with a sharply worded statement dismissing Milley as a “Dumbass,” and insisting he never considered attacking China.

Still, he said that if the report was true, “I assume he would be tried for TREASON in that he would have been dealing with his Chinese counterpart behind the President’s back and telling China that he would be giving them notification ‘of an attack.’ Can’t do that!”

“Actions should be taken immediately against Milley,” Trump said.