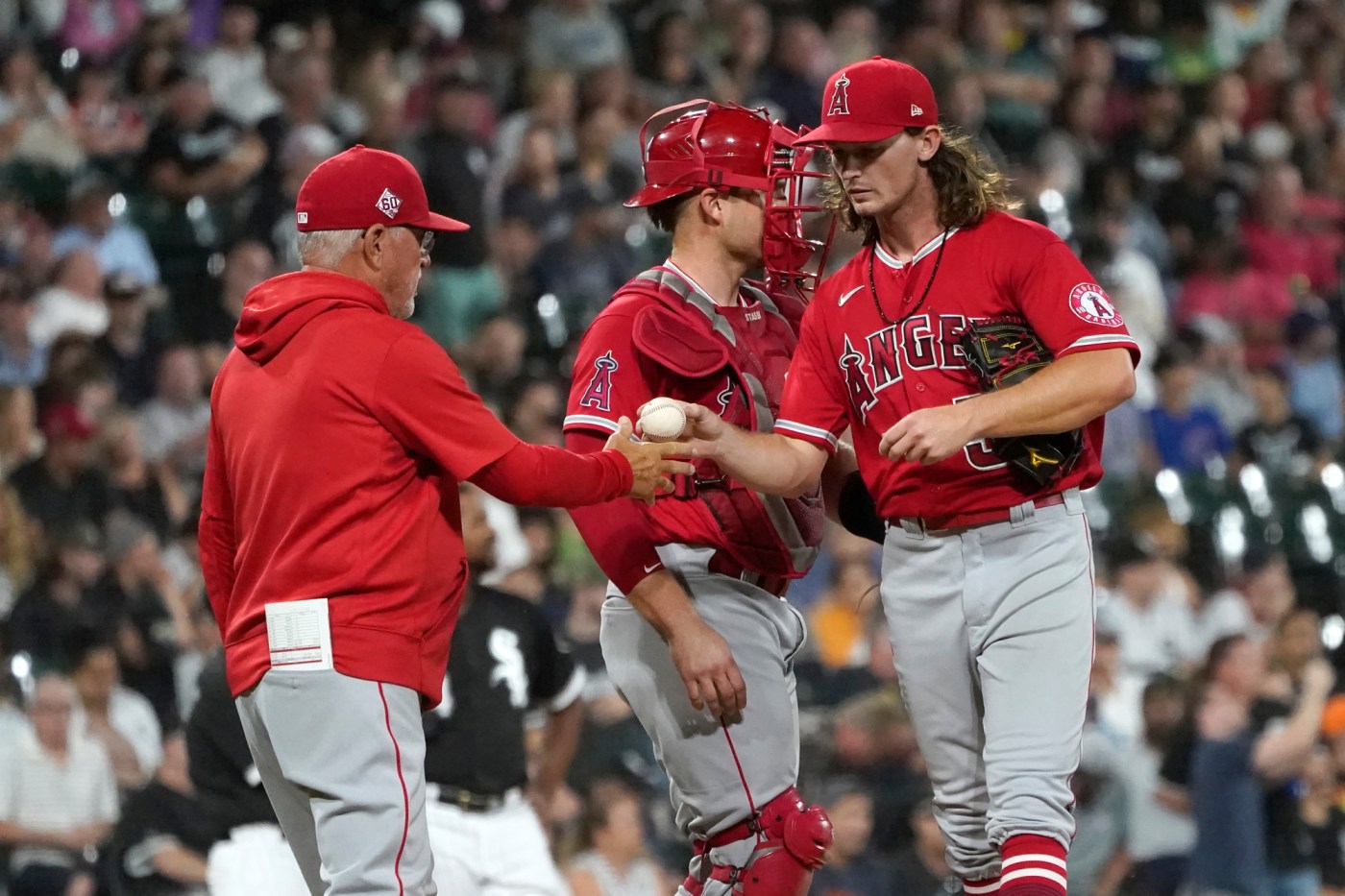 CHICAGO — A raft of injuries to the Angels’ pitchers have provided Packy Naughton an opportunity to prove that he belongs in the conversation for the 2022 pitching staff.

He was making a strong statement until Tuesday night.

Naughton gave up four runs and got knocked out in the third inning of the Angels’ 9-3 loss to the Chicago White Sox, a disappointing outing on the heels of five scoreless innings last week against the San Diego Padres.

Naughton, 25, carried a 2.57 ERA after his first 14 big league innings, with all of his outings against contenders: the Dodgers, Padres (twice) and New York Yankees.

Facing the playoff-bound White Sox, Naughton started getting into trouble in the second inning.

Naughton threw Luis Robert a thigh-high changeup over the middle, and he hit it into the left field seats. He then gave up a double to Leury Garcia on a fastball over the middle and a run-scoring single to Gavin Sheets on a pitch that wasn’t even a strike.

In the third, Naughton got two outs on a walk and a double play, but then he gave up a single to Eloy Jimenez and double to Robert, ending his night.

The relievers who followed him didn’t do any better. Andrew Wantz threw Sheets a cutter over the heart of the plate and he drilled it 447 feet, almost to the top of the seats in right field, for a three-run homer.

Oliver Ortega then gave up two more runs, putting the Angels in a 9-3 hole.

After the game was out of hand, Kyle Tyler pitched three scoreless innings. Tyler, who was started the season at Double-A and pitched just five times at Triple-A before he was promoted, has not allowed a run in his first seven big league innings.

'Shang-Chi' is driving more sustained online buzz than other recent Marvel movies, according to new data

Besides the poor pitching, the story was wasted opportunities at the plate. The Angels loaded the bases in the fifth, sixth and eighth innings, and didn’t score a single run in those chances.

Whicker: Only 30 years ago the Angels leaned on their starting pitchers, and they didn’t fall

The Angels’ only runs were on homers, a solo shot by Phil Gosselin in the first and a two-run homer by Jared Walsh in the fourth. …read more