Whicker: Could Bob Stoops be the one to conquer at USC? 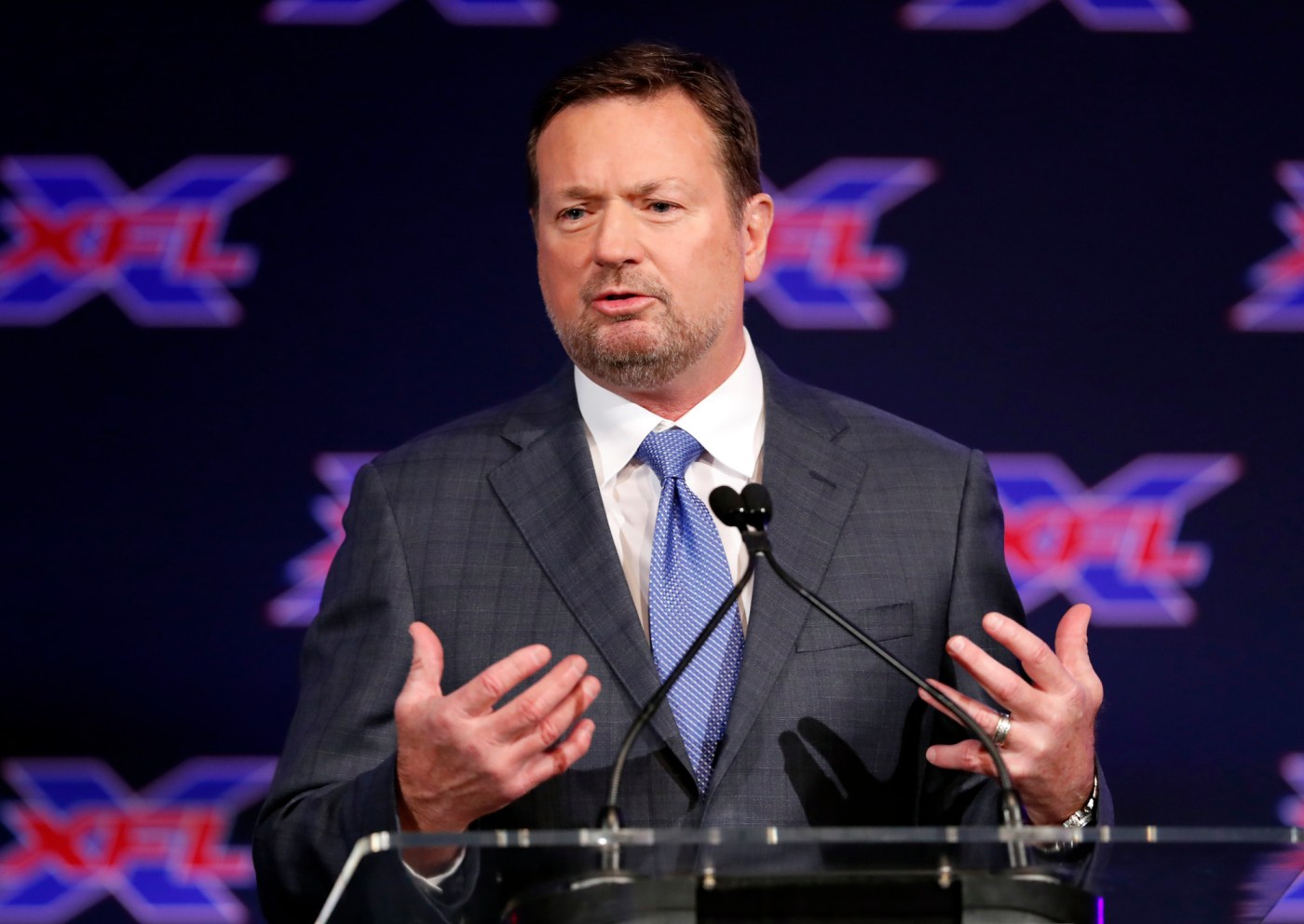 USC put Clay Helton out of our misery Monday.

It also robbed its tailgaters, or at least the ones who used to come to the Coliseum, of their favorite pre-game feedback loop. It deprived the media of its constant angle, i.e., “Four Trojan Receivers Have 100-Yard Days in Rout Of UCLA, But Is Helton Safe?”

It turned off the Hot Seat, although the seat is never very hot when there’s a plump buyout check glued to the back. It fired Helton when it should have, after a preposterous 42-24 loss to Stanford, and halted an excruciating vigil.

Athletic director Mike Bohn was hailed by Trojan fans as the man who would give Helton the big haircut. Then he was reviled when he didn’t. Instead Bohn modernized the recruiting department and hired the support personnel that the Joneses were using. The bloated staff directory didn’t do much to rush the quarterback Saturday. The Trojans didn’t play hard. That’s a problem when you so rarely play smart.

Helton did not help himself in the postgame analysis. Instead of taking the buck-stops-here responsibility, he said it was still very early, just a blip on the 12-game screen. He also began with what was probably a heartfelt salute to the heroes of the 9/11 attacks that just came off as deflective and grotesque.

Everything else has changed, including a staff that Helton has often shuffled. The Trojans have lost 15 of their past 34 games. There was only one more button to push.

That said, Helton’s Trojans went to Rose and Cotton bowls his first two full-time years, thanks greatly to Sam Darnold, whom Helton had recruited. For some reason he then sold his soul to touch football, tried to wedge JT Daniels into the quarterbacking job as an accelerated high school senior, then doubled down when he hired Air Raid devotee Graham Harrell as the offensive coordinator. Softness ensued. You wonder if the state athletic commission should even approve USC’s upcoming games with the longshoremen from UCLA and Oregon.

Helton also wasn’t a Central Casting coach, which is demanded at USC. He will find a more hospitable place to walk the sideline, particularly when you note the jobs that have come Steve Sarkisian’s way.

His only disgrace was not winning enough. Bohn’s challenge will be to find a coach who can mollify that beast and win a national championship, even though the Trojans have won exactly one undisputed version since 1972.

Bob Stoops, former Oklahoma coach: He won the whole thing in his second year at Oklahoma, upsetting Florida State, and played for it three other times. Stoops was 121-29 in Big 12 play and won 10 league titles in 18 seasons.

Stoops shrewdly left his job before anyone else could come up with the idea. He made way, in 2017, for Lincoln Riley, the offensive whiz kid he’d hired.

If Stoops hadn’t regained the coaching itch, he wouldn’t have taken over the Dallas Renegades of the XFL, or replaced Urban Meyer on the Fox studio podium. He is only 61. …read more