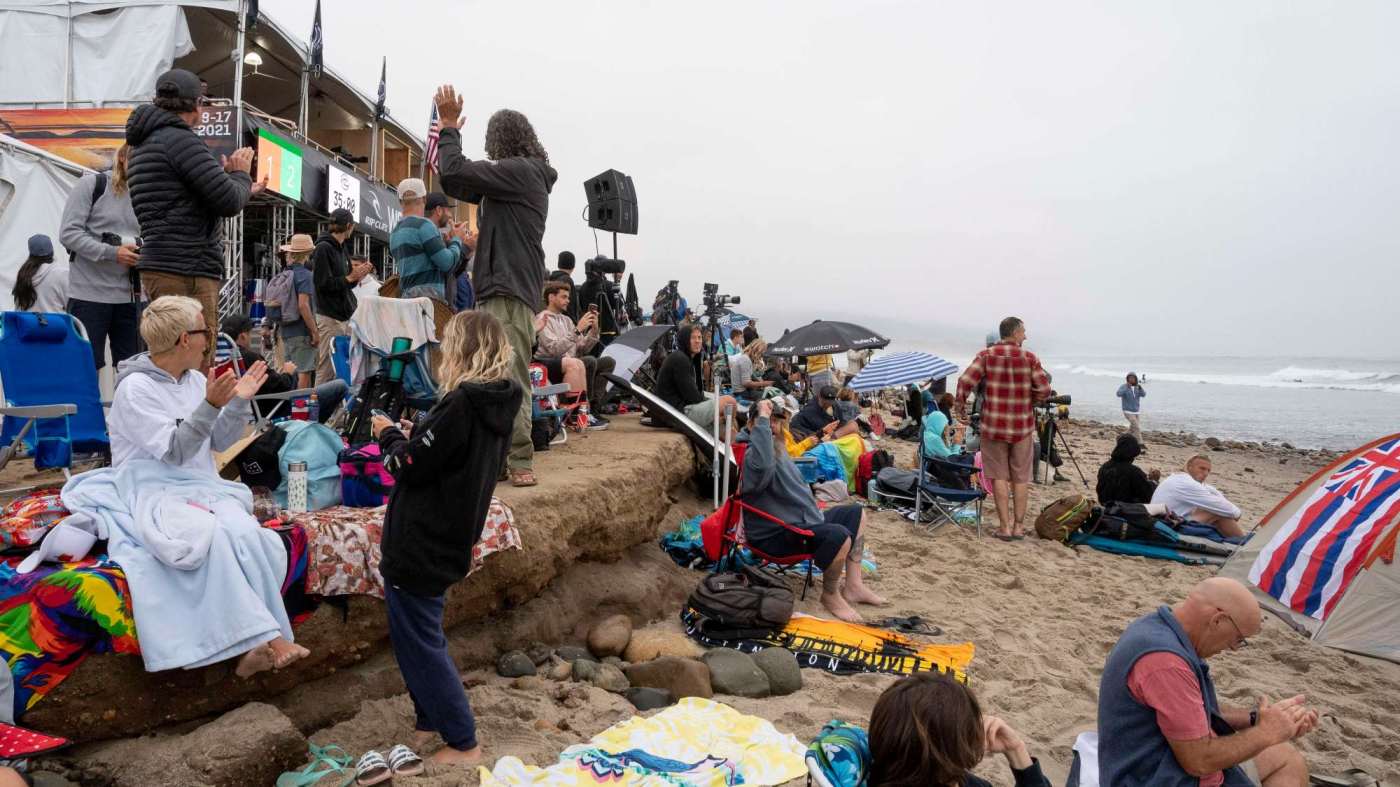 A shark showed up in the middle of the second heat during Tuesday’s World Surf League finals in Lower Trestles and again just before the women’s final heat.

The two surfers in the water, Brazilians Felipe Toledo and Gabriel Medina, were suddenly scooped up out of the waves by watercrafts after the first sighting of what was believed to be a 6-to 8-foot great white.

The water was cleared and the contest put on hold, with 18 minutes left in the heat when the shark was spotted. A yellow lifeguard boat scoured the area as the surfers and water photographers were picked up by other watercraft.

“We’ll be taking a 15-minute break. Our safety patrol and lifeguard boat will make sure the shark is out of the line up,” a beach announcer told the crowd. “Safety is paramount for everybody, the public as well as the professional surfers in the line up.”

The sighting of the great white shows how unique the sport is, with competitors facing nature during the event.

The announcer then said the shark had moved out of the area and the contest resumed, with Medina winning the heat and nabbing his third world championship  title.

Another shark sighting happened just before the women’s final heat, again pausing the contest before Brazilian Tatiana Weston Webb and Hawaiian Carissa Moore could take to the water.

Check out these ‘epic’ images from that surprise lightning storm

Video: Here’s what 200 dolphins in a ‘stampede’ looks like

Headed to the beach for the holiday? What to know before you go