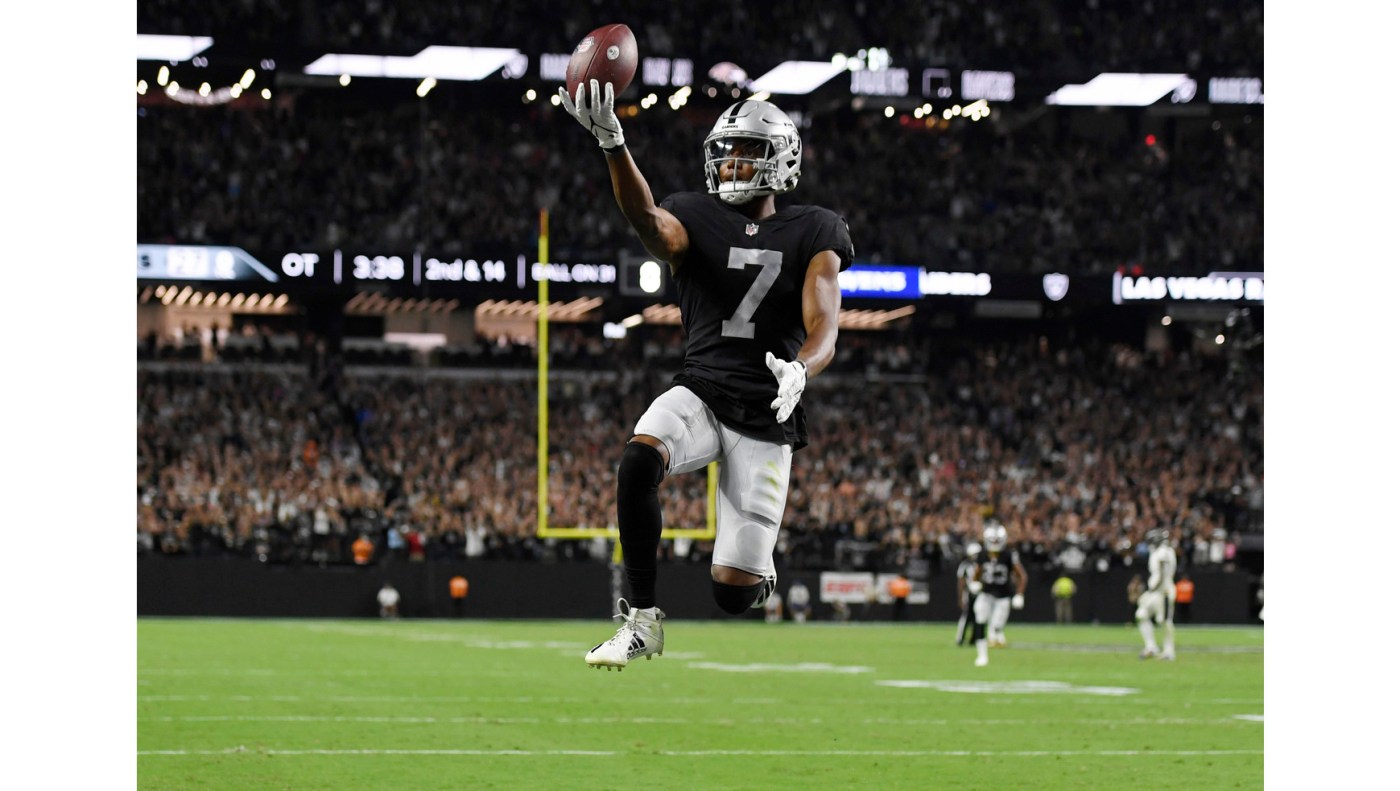 LAS VEGAS — Derek Carr threw a 31-yard touchdown pass to Zay Jones after the Raiders squandered their first possession of overtime, beating the Baltimore Ravens, 33-27, on Monday night in the team’s first game with fans in Las Vegas.

Carr’s second touchdown pass of the game came after Carl Nassib’s strip sack of Lamar Jackson at the Ravens’ 27-yard line. Nassib made big news this offseason when he became the first active NFL player to come out as gay.

The Raiders had thrown an interception after driving to the 1 on the opening possession of overtime and made another blunder with a delay of game before a field-goal attempt.

Coach Jon Gruden then sent the offense back on the field and Carr hit Jones on the next play for the game-winner that elated a delirious Allegiant Stadium crowd of 61,756. Gruden did a victory lap, of sorts, slapping hands with fans in the reimagined Black Hole southern end zone.

The Raiders trailed 14-0 early, ending a 98-game, regular-season winning streak for the Ravens when leading by at least 14 points dating to 2004.

The loss capped a rough stretch for the Ravens, who have had a run of injuries that sidelined top three running backs J.K. Dobbins, Gus Edwards and Justice Hill, as well as cornerback Marcus Peters, for the season.

They had won the past five openers by a margin of 177-26, but they came up short in this nail-biter thanks to a strong game from Carr, who threw for 435 yards and two touchdowns, completing 34 of 56 attempts with one interception.

“It reminded me so much of my career to this point,” Carr said of the up-and-down game. “… I’m thankful for this group because on both sides we made plays to help us lose it and to help us win it, but the only thing that matters at the end is that score that we’ve talked about. I’m glad that we won.”

The overtime came after a wild back-and-forth fourth quarter that featured the Raiders rallying to tie the score on three separate occasions, with Carr driving Las Vegas to a tying 55-yard field goal in the final 37 seconds.

The Ravens had taken the lead when Jackson scrambled 28 yards to help set up Justin Tucker’s 47-yard field goal.

The Raiders earlier got a forced fumble by Quinton Jefferson against Jackson to set up Josh Jacobs’ 15-yard TD run, tying the score at 17. The Ravens answered when former Raider Latavius Murray ran it in from 8 yards one play after Jackson found Sammy Watkins on a mismatch for a 49-yard pass.

Carr then connected on a 37-yard pass to Henry Ruggs III that set up a tying 10-yard touchdown to Darren Waller with 3:44 to play.

Jackson’s touchdown pass to Marquise Brown in the first half was a spectacular individual effort. He escaped pressure from Maxx Crosby and Yannick Ngakoue and scrambled before finding Brown in the back of the end zone for a 10-yard score.

According to NFL …read more