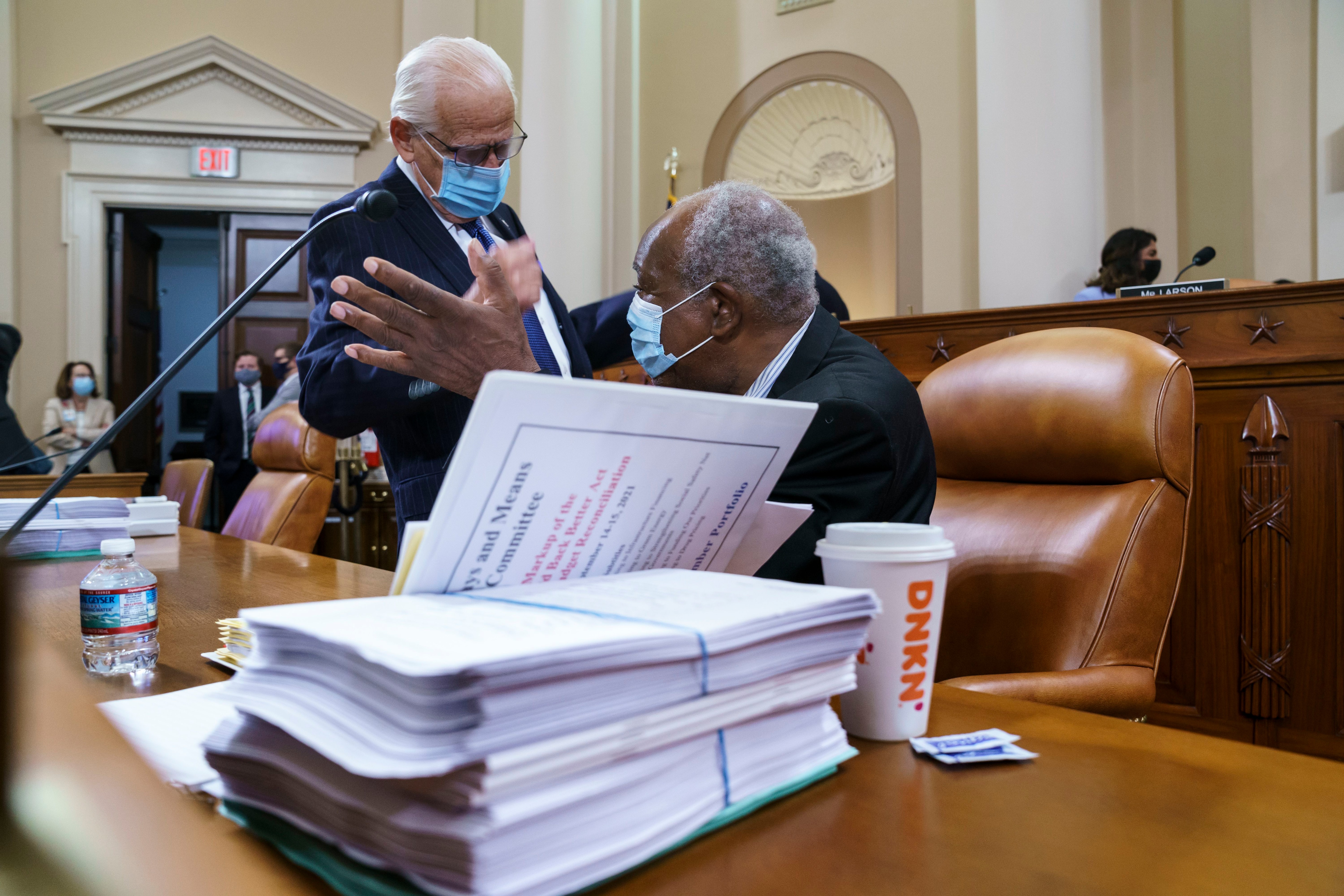 House Democrats on Tuesday began the serious work of trying to implement President Joe Biden’s expansive spending plan, but getting there will require remarkable legislative nimbleness, since Biden has said the revenue to pay for it must come only from Americans who earn more than $400,000 a year.

Republicans, who have vowed lockstep opposition to the plan, turned their anger against proposed tax breaks they portrayed as subsidies for wealthy elites rather than help for the poor and middle class. Electric vehicles became a rallying symbol as class-warfare overtones echoed through a committee session.

The Democrats are proposing that the top tax rate rise back to 39.6% on individuals earning more than $400,000 — or $450,000 for couples — in addition to a 3% surtax on wealthier Americans with adjusted income beyond $5 million a year. For big business, the proposal would lift the corporate tax rate from 21% to 26.5% on companies’ annual income over $5 million.

“Look, I don’t want to punish anyone’s success, but the wealthy have been getting a free ride at the expense of the middle class for too long,” Biden tweeted Tuesday. “I intend to pass one of the biggest middle class tax cuts ever — paid for by making those at the top pay their fair share.”

For middle- and low-income people, tax help, not increase, is on offer as the House Ways and Means Committee digs into debate and drafting of tax proposals to both fund and buttress Biden’s ambitious $3.5 trillion rebuilding plan that includes spending for child care, health care, education and tackling climate change.

It’s an opening bid at a daunting moment for Biden and his allies in Congress as they assemble the “Build Back Better” package considered by some on par with the Great Society of the 1960s or even the New Deal of the 1930s Depression.

The proposals call for $273 billion in tax breaks for renewable energy and “clean” electricity, including $42 billion for electric vehicles and $15 billion for a “green workforce” and environmental items. Increases in the child tax credit to $300 a month per child under 6 and $250 monthly per child 6-17, which came in coronavirus relief legislation earlier this year, would be extended through 2025.

The energy panel’s $456 billion slice is the most consequential for dealing with climate change and greenhouse gas emissions, along with the tax breaks debated by the Ways and Means Committee.

The Democratic proposals would invest $150 billion in grants to encourage power companies to provide “clean electricity” from renewable sources such as wind and solar. Electricity suppliers would receive grants based on how much clean electricity they provide, as part of Biden’s plan to stop climate-damaging fossil fuel emissions from U.S. power plants by 2035. …read more